The two-day meeting, which is set to begin on Thursday (U.S. time), will be the first face-to-face ministerial talks since May when U.S. President Joe Biden launched the economic framework.

"South Korea will take part in discussions on the promotion of regional economic activities and investment, as well as inclusive and sustainable economic growth, in a way that best serves our national interests," the Ministry of Trade, Industry and Energy said.

Ahn will join top trade officials from 13 other member nations, including the United States, Japan, Australia, New Zealand, India and Singapore, to discuss agenda items and the scope of their planned negotiations, the ministry said.

This week's meeting will be co-hosted by U.S. Trade Representative Katherine Tai and U.S. Commerce Secretary Gina Raimondo, it added.

The member nations have held several rounds of high-level talks as part of preparations for official negotiations, with their exact schedule yet to be fixed.

The IPEF covers four key areas -- fair trade, supply chain resilience, infrastructure and green technology, and tax and anti-corruption, according to the ministry. 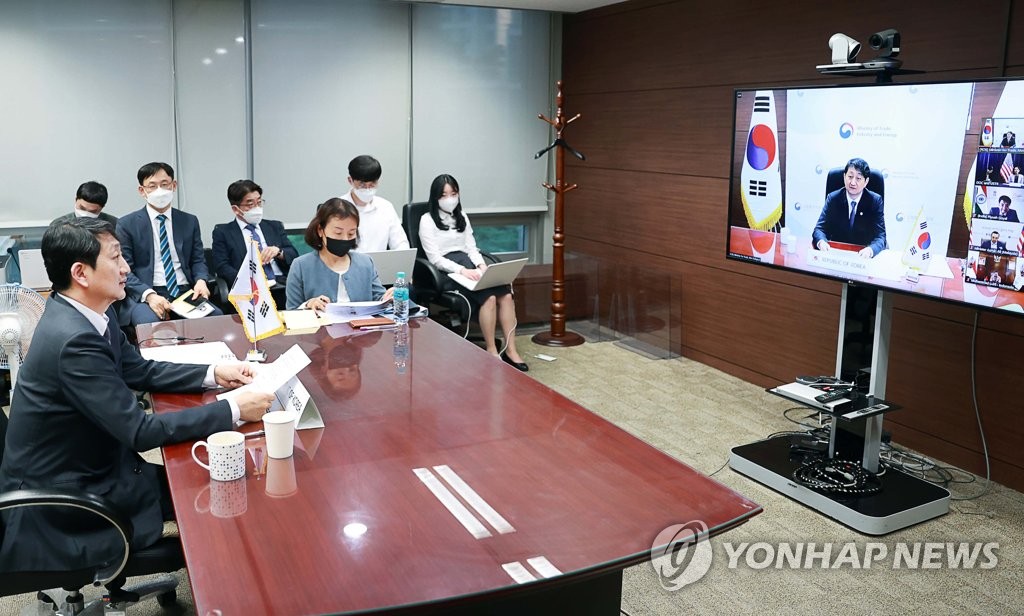