SEOUL, Sept. 8 (Yonhap) -- While the nation enjoys one of its biggest holidays over a four-day weekend, there will be no shortage of sports action to keep fans entertained.

The Chuseok holiday starts Friday and runs through Monday, just as the pennant race in the Korea Baseball Organization (KBO) heads toward the final stretch. 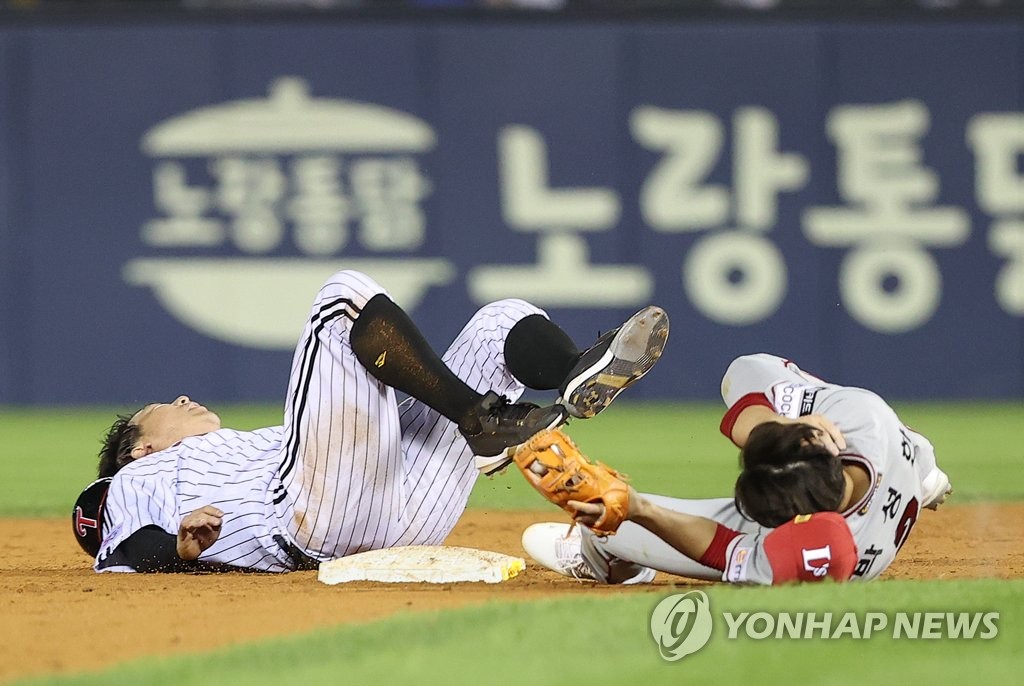 All five games on Friday and Sunday will start at 2 p.m. On Saturday, the Doosan Bears will host the Kia Tigers at Jamsil Baseball Stadium in Seoul on national television starting at 2 p.m. The four other games that day will begin at 5 p.m.

Virtually every game on the weekend has some playoff implications.

Teams will be wrapping up their two-game series Friday. The SSG Landers, trying to hang on in first place, will be wrapping up a set against the Tigers, who are holding down the fifth and final playoff spot. The LG Twins and the Kiwoom Heroes, the two Seoul-based clubs ranked second and third, respectively, will be battling for a direct ticket to the second round of the postseason.

Then for Saturday-Sunday weekend series, the Heroes will host the KT Wiz at Gocheok Sky Dome. The Wiz had overtaken the Heroes for the third spot before falling back down to fourth last week. The Heroes began this week nursing a 1.5-game lead over the Wiz but have since dropped to fourth again, now half a game back of the Wiz. 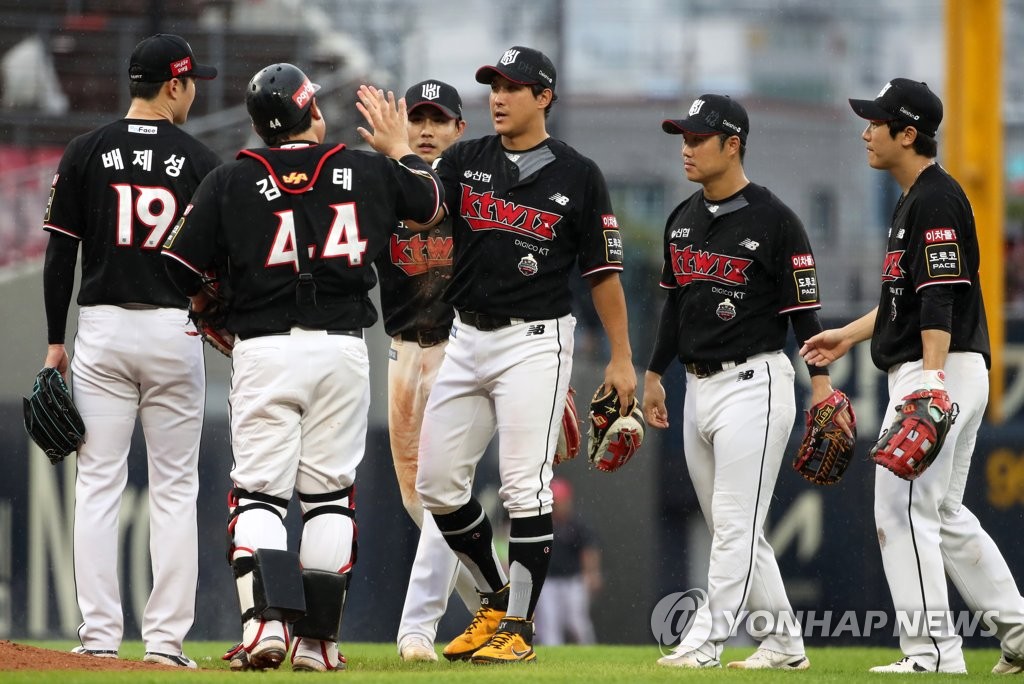 The Lotte Giants and the NC Dinos, the two clubs trying to chase down the Tigers, will meet at the Giants' home in Busan for the two weekend games. The Giants have gone 8-5 against the Dinos this year.

The Landers will have a road series against the last-place Hanwha Eagles, while the Twins face the Samsung Lions, against whom they've gone 11-3 this season.

In the K League 1, the top football competition, four matches are scheduled for Saturday with two more Sunday.

One of the Sunday games will be the "East Coast Derby" between league-leading Ulsan Hyundai FC and third-ranked Pohang Steelers at 4:30 p.m. in the southeastern city of Ulsan.

Ulsan won the first meeting of the season in March by 2-0, and Pohang exacted their revenge by the same score in July. 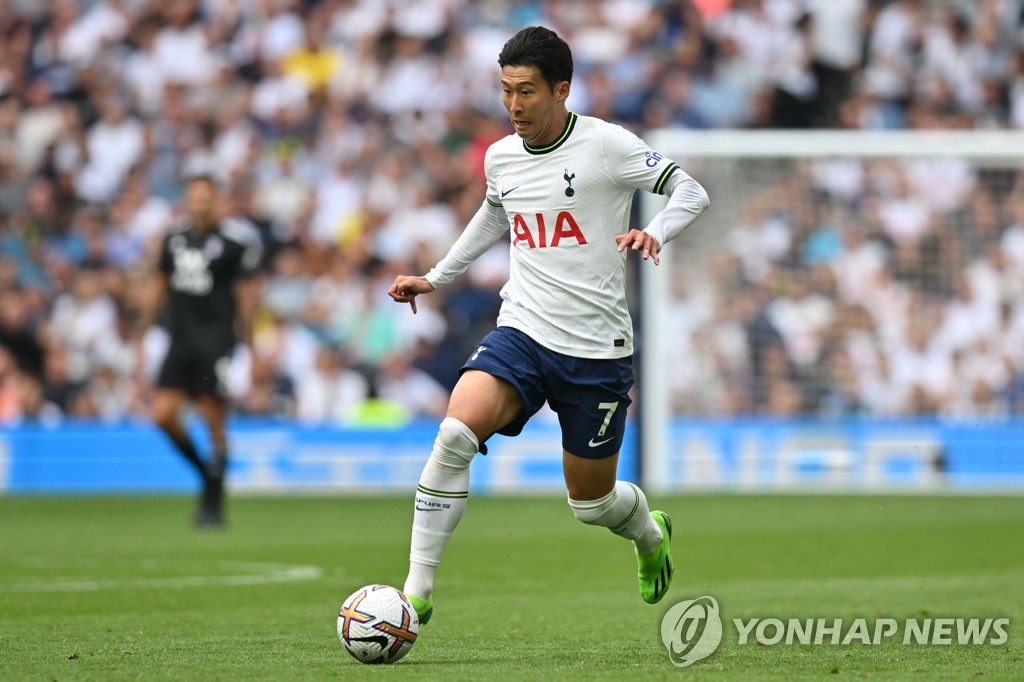 Ulsan enjoy a 10-point lead over Jeonbuk Hyundai Motors in first place. Jeonbuk will take on Daegu FC on Saturday, hoping to cut that margin down to a single digit before the final stretch of the season.

Elsewhere on Saturday, Seongnam FC will host Gangwon FC at 4:30 p.m. as they look to climb out of the league cellar. Their two-match winning streak ended Wednesday in a 1-0 loss to Daegu FC.

FC Seoul will bring home Suwon FC at 7 p.m. in a battle between teams vying for the sixth and final place in "Final A," or the upper group during the season's split phase.

After 33 matches, the top six teams will be paired into Final A and the bottom six will end up in Final B. They will then play five matches within their own groups to finish out the season. After Chuseok, teams will each have played 31 matches. 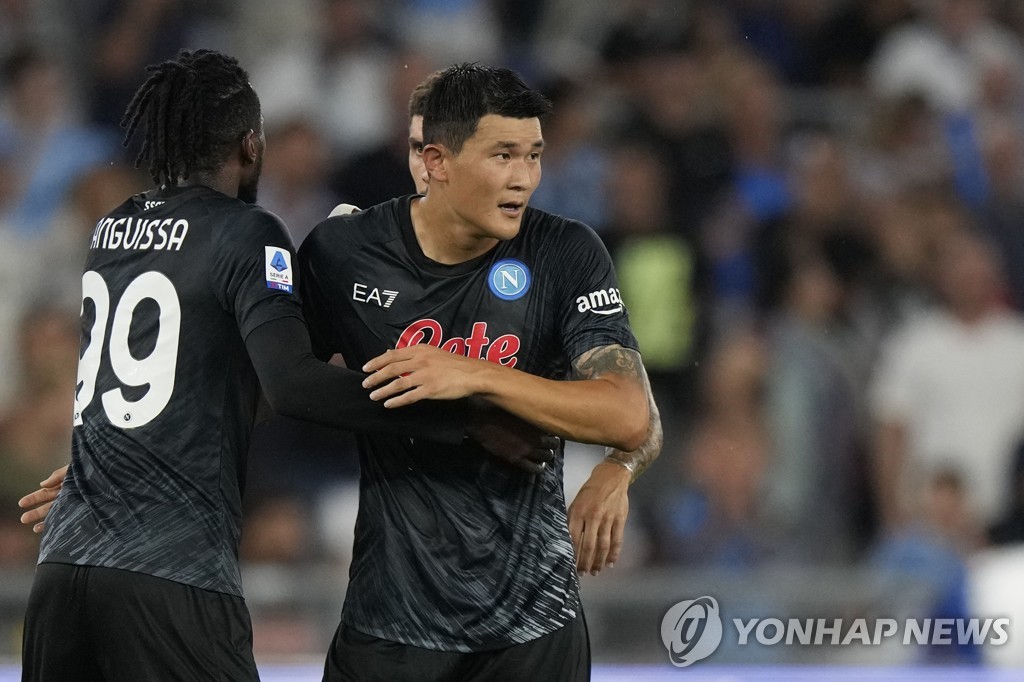 In England, Son Heung-min of Tottenham Hotspur will look for his first goal of the Premier League season when they visit defending champions Manchester City at 1:30 a.m. Sunday (Korean time).

Son is the reigning Golden Boot winner with 23 goals in the 2021-2022 season, but he has been shut out in six league matches so far. He is already 10 goals behind the league leader, Man City's own Erling Haaland.

Over in Spain's La Liga, RCD Mallorca midfielder Lee Kang-in will try to maintain his strong form against Real Madrid at 9 p.m. Saturday.

Napoli's new center back Kim Min-jae, a national team mainstay, already has two goals while playing his typical rock solid defense in his first season in Italy. The next match for the Serie A leaders will be at 10 p.m. Saturday against Spezia. 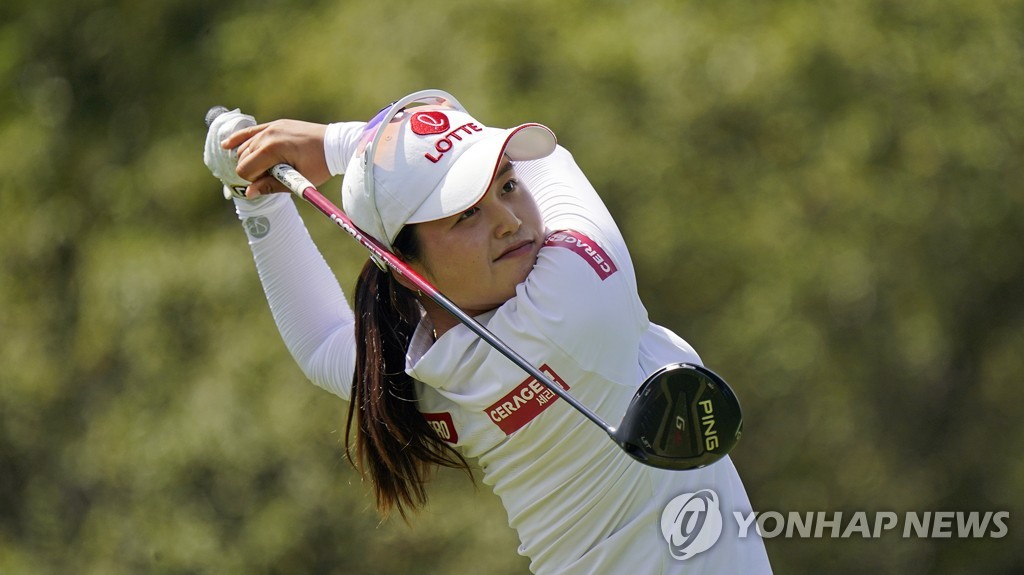 SC Freiburg and Korean attacker Jeong Woo-yeong, sitting pretty at the top of the tables, will host Borussia Monchengladbach at 12:30 a.m. Monday.

At 4 a.m. Friday, Olympiacos FC's South Korean duo, Hwang In-beom and Hwang Ui-jo, could make their continental debut in an away match against Nantes in Group G play in the UEFA Europa League.

Over in the United States, the regular season in Major League Baseball (MLB) is also winding down, with two South Korean players in position to reach the postseason.

In the National League, San Diego Padres shortstop Kim Ha-seong has flashed some impressive defensive skills in his second season, helping keep the team in the wild card race despite mounting injuries. The Friars, holding down the final wild card spot at 76-62, will host the best team in baseball this year, the Los Angeles Dodgers, for a three-game set this weekend. 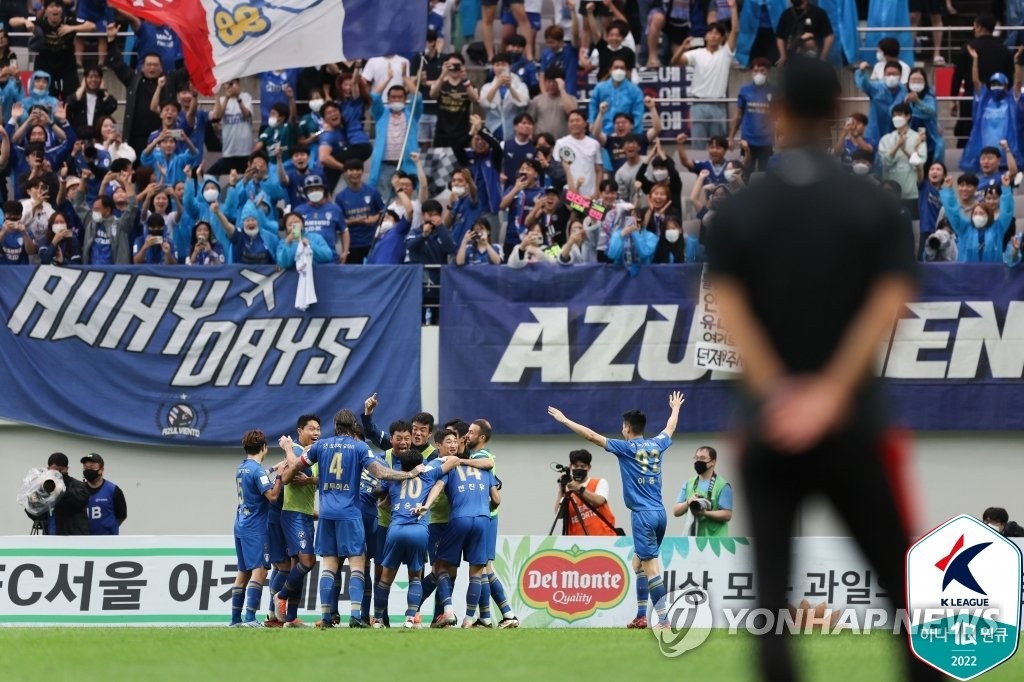 The rebuilding Pittsburgh Pirates called up utility man Park Hoy-jun for the third time this season Wednesday, and he may see his first big league start since June this weekend.

In the American League, the perennial contender Tampa Bay Rays are at it again, leading the wild card standings by 1.5 games over the Seattle Mariners at 77-58. Their Korean first baseman, Choi Ji-man, has gradually lost his playing time after batting just .109/.255/.196 in 18 games last month. He will try to pick up his first hit of September on the weekend, as the Rays take on the division rivals New York Yankees for three games. 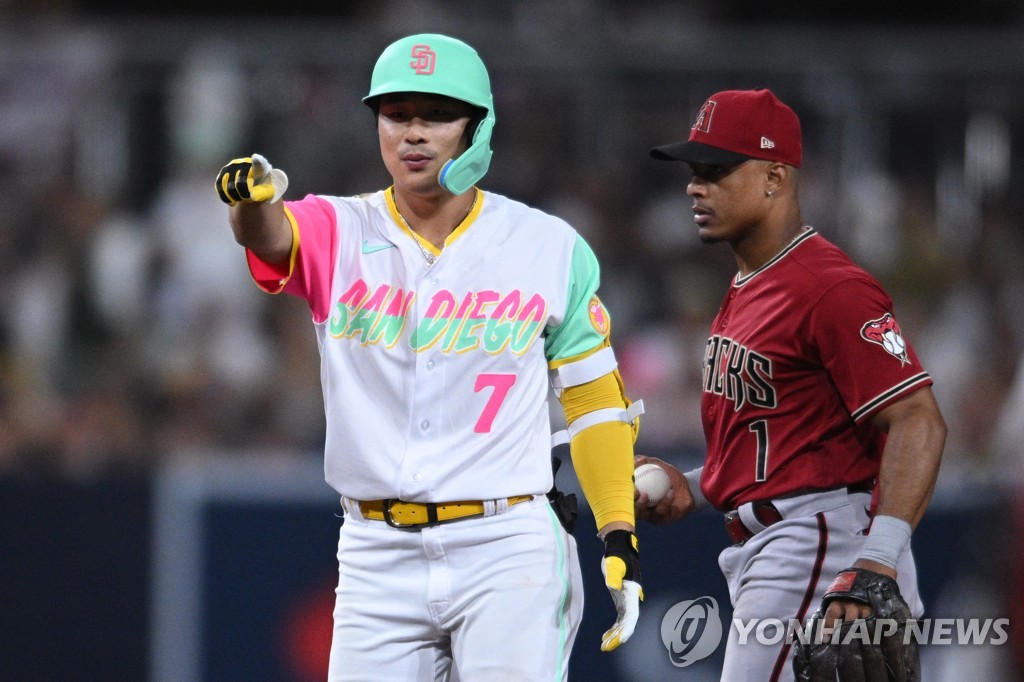 Golf aficionados can get their links fix during the holiday too. The Kroger Queen City Championship, a brand new LPGA tournament, will tee off in Cincinnati on Thursday. Fourteen South Koreans will be in action, including rookie Choi Hye-jin. She is currently second in the Rookie of the Year standings with 1,041 points, 55 behind Atthaya Thitikul of Thailand.

On the men's side, the Korean Tour, the Asian Tour and the Japan Golf Tour will co-sanction the Shinhan Donghae Open at Koma Country Club in Nara, Japan, from Thursday to Sunday. South Korean Seo Yoseop is the defending champion, and he has won the past two tournaments on the Korean Tour. Seo is the first Korean Tour player in two years to win in back-to-back weeks and will try to become the first to reach the winner's circle in three consecutive weeks.