It would mark the first time for the labor unions of the shipbuilders to hold a joint strike vote.

Unionized workers are asking for contracts that include a 142,300-won (US$103) hike in base pay and the abolition of a peak wage system.

Even though wage negotiations have been under way at each shipyard, little progress has been made so far.

Labor and management representatives of the shipyards are widely expected to hold full-fledged wage negotiations after the Chuseok fall harvest holiday that ends Monday. 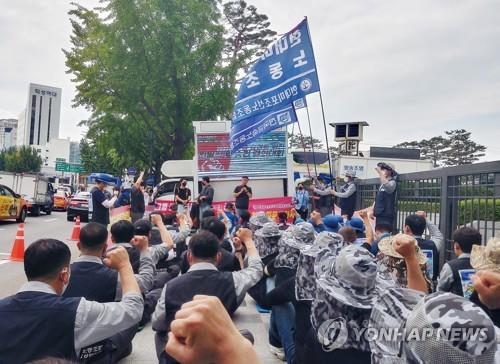