SEOUL, Sep. 12 (Yonhap) -- A proposed bill that bans the recording of phone calls and conversations without consent has prompted a debate on the boundary of privacy in a country where recorded clips of conversations often make headlines in whistleblowing cases and political spats.

A group of ruling People Power Party lawmakers, led by Rep. Yoon Sang-hyun, proposed the bill in late August that bans phone recordings and conversations without the consent of everyone taking part. Those who breach the law can face up to 10 years in prison, according to the proposal.

The ruling party lawmakers claimed that the current law, which allows recordings by a person taking part in the conversation, carries the risk of compromising privacy and breaching one's dignity and right to pursue happiness as written in the Constitution.

In a policy discussion session at the National Assembly on Tuesday, Yoon also claimed that banning the recordings will prevent the country's politics from getting mired in unnecessary squabbles that erupted from phone recordings. 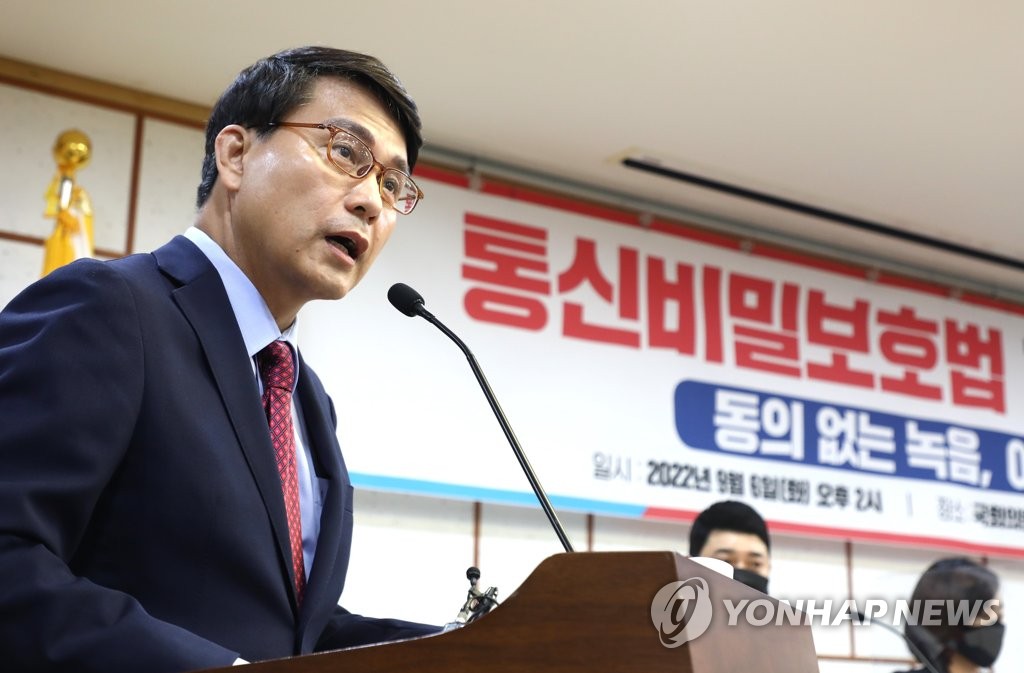 The proposal, however, has faced strong backlash from opponents claiming that the bill will strip the minority and underdogs of a means to protect themselves in unfair situations, noting how recordings of conversations are often used as effective evidence in court.

Recorded clips of conversations have often made headlines in cases where housekeepers or drivers of the rich and powerful revealed their bosses' verbal abuse to the press.

A nationwide poll of 503 respondents aged over 18 conducted by Realmeter also showed that 64.1 percent were against the bill because phone recordings can be used to protect individuals in unjust situations or to report irregularities in whistleblowing cases.

Younger respondents and those who identified themselves as liberal or neutral tend to be more opposed to the bill in contrast to some 23.6 percent who said they support the bill as call recordings may be abused for blackmailing and infringe privacy.

Experts called for a cautious approach in adopting the bill.

"The bill should be reviewed in a prudent manner," Lee Min, a lawyer who took part in the panel discussion at the National Assembly, said, mentioning how this debate can escalate into a bigger debate on technology and privacy on speed cameras, close circuit television and black boxes.

"At the end of the day, trust will be higher in a society where recording is common and people understand they cannot easily change their words."

Yoon said he will consider submitting a revised proposal for exceptions in cases like workplace bullying, sexual harassment and verbal abuse.