SEOUL, Sept. 8 (Yonhap) -- For many K-pop artists, Olympic Stadium, the country's largest concert venue with a capacity to house up to 100,000 spectators, including standing seats, is considered "a stage of dreams," because only a few big names have had their individual concerts there. Most recently, globally popular stars, such as EXO, BTS and Psy, have performed there.

And NCT Dream, a boy group managed by SM Entertainment, became the latest K-pop act to take the stage for a concert Thursday, six years after its debut.

The bandmates shared how they feel about their first-ever concert at the stadium during a press conference held a few hours before the show's opening.

"Actually, I have so many feelings about it," team leader Mark said. "I think it was not easy for us to achieve this chance. Every member may have different thoughts, but at this moment, I think I'll take the stage with great gratitude." 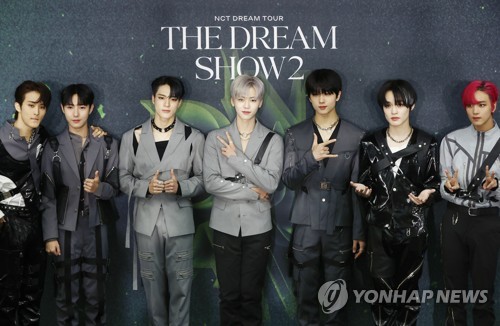 The two-night concert titled "The Dream Show2: In a Dream" marks the band's second concert, with the first held at Jangchung Arena in central Seoul in 2019, and the first in-person concert in almost three years due to the COVID-19 pandemic.

The second concert was originally planned to take place at Gocheok Sky Dome, a smaller concert venue in Seoul on July 29-31. But it was canceled after members Mark and Renjun tested positive for COVID-19. The misfortune later turned into a blessing, because the group came to have the same event on a bigger scale -- at Olympic Stadium.

"Even we couldn't believe that, because Olympic Stadium is the biggest concert venue that we have ever used," Haechan recalled.

To Jeno, the news came as a burden. "I worried a lot if we could fully pack the seats," he confided. "But such a worry disappeared as soon as we prepared the show, so we could enjoy it."

The group, which consists of Mark, Renjun, Jeno, Haechan, Jaemin, Chenle and Jisung,
debuted in 2016 as the third subunit of K-pop supergroup NCT with its song "Chewing Gum" and has released hit songs, such as "Glitch Mode," "Beatbox," "Hot Source," "Hello Future" and "We Go Up."

The unit initially comprised members under the age of 20, but all seven members are now adults.

The band maybe has grown more than the members in the past six years.

Its second full-length album, "Glitch Mode," and its repackaged version, "Beatbox," have sold a cumulative 3.61 million copies this year. 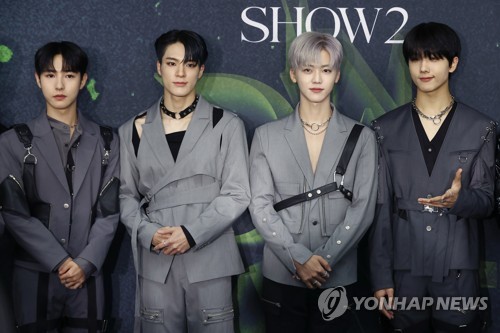 "I think we are a group that is like an icon of growth," Mark confidently said of the band's self-image. "Now, when NCT Dream has grown the most since its debut, is the most brilliant moment of its career," he added.

"Since all the difficulties that existed in the past have disappeared as the seven of us released full-length albums and had a concert, united as one, I think we're going to have more time to spend with our fans in the future," Haechan said. "We have worked mainly in Korea, but as the COVID-19 situation gets better little by little, I hope we can travel a lot to meet our overseas fans."

For global fans, the second-night concert will be broadcast live through Beyond LIVE, SM Entertainment's streaming platform for online concerts. 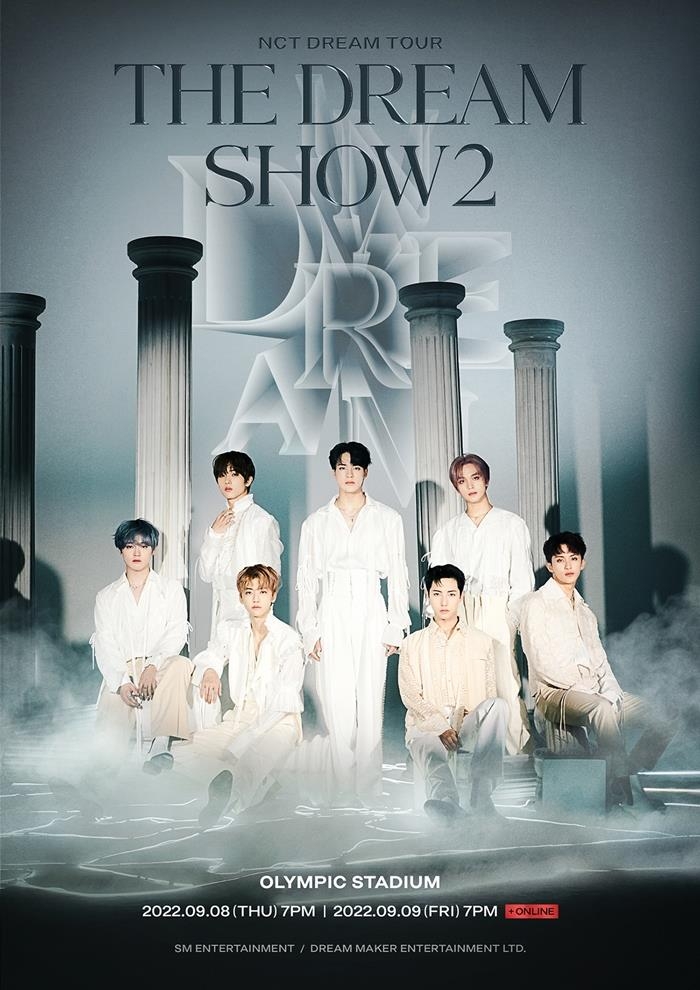