Yoon met with some 40 enlisted soldiers and officers of an air defense company of the Seoul-based Capital Defense Command over lunch, according to the presidential office.

The president said he was grateful for the soldiers devoting themselves to protect the skies of Seoul while being unable to spend time with family and parents on Chuseok.

Yoon also thanked them for their service, noting he is "able to tend to state affairs with a peaceful mind" thanks to their work.

The president later held impromptu video calls with several parents of the soldiers. In one of the calls, Yoon said the government will "spare no effort" to improve working conditions of soldiers.

All able-bodied Korean men are to serve in the military for around two years in a country that constantly faces North Korea's military threats.

The president highlighted that South Korea is the sole nation in the world to successfully transform into an international aid provider from an aid receiver and said the country's military personnel across the world are the "driving force" behind such efforts.

Yoon also shared a Facebook post thanking military service people on duty during the holiday. He praised their community support in the country's post-typhoon recovery efforts as having served greatly in returning the lives of people affected by the storm to normalcy. 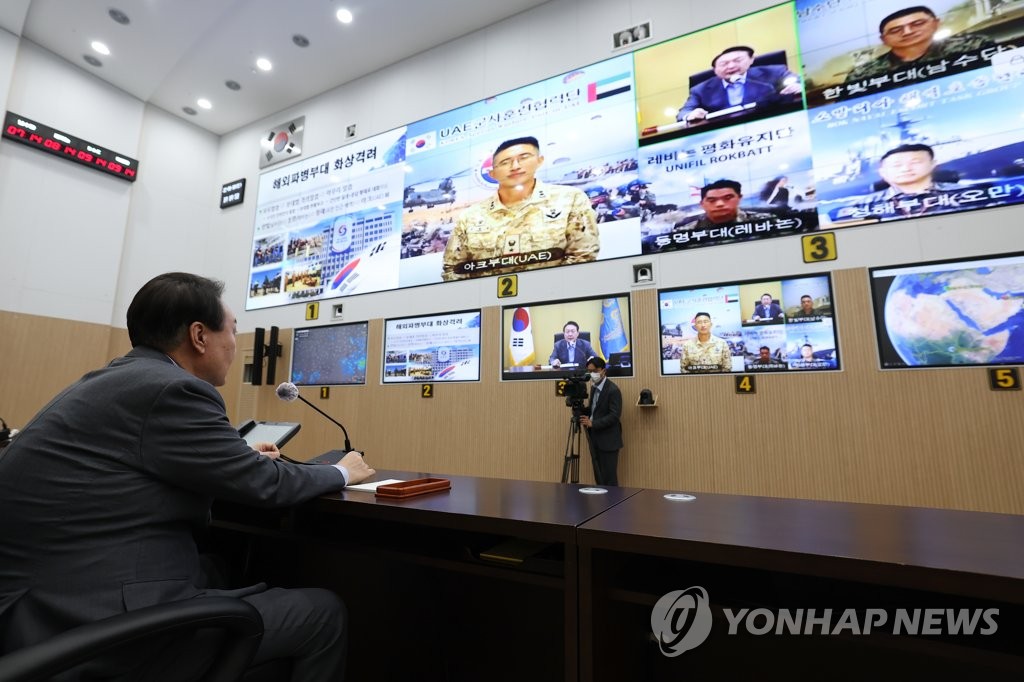