Lee Jae-myung's comment in a Facebook message came as the North's official Korean Central News Agency (KCNA) reported Friday that the country has passed a new law declaring itself a nuclear weapons state and enshrining a right to use preemptive nuclear strikes for self-protection, a move leader Kim Jong-un called "irreversible."

"It is very shocking and worrisome ... Such a move does not help peace and stability of the Korean Peninsula at all. It will rather make things worse only to cause fatal damage to both South and North Korea and bring tragic results," Lee said.

Pyongyang's latest move shows that sanctions and pressure cannot resolve the matter, the chief said, calling on the Seoul government to lead practical action in a proactive manner to achieve peace.

"The DP will make bipartisan effort to improve the inter-Korean relations and to achieve the peaceful resolution of the North's nuclear weapons program," he added. 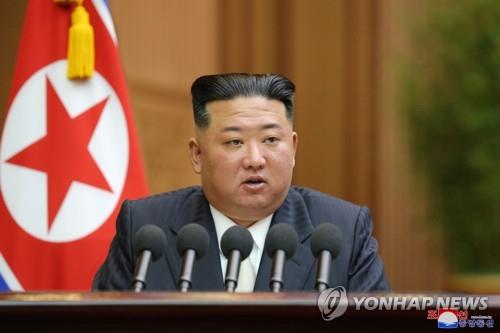