SEOUL, Sept. 11 (Yonhap) -- A 2.4 magnitude quake struck off of South Korea's east coast Sunday, though there were no reports of damage, the weather agency said.

The quake struck in waters 24 kilometers northeast of Yeongdeok County in North Gyeongsang Province, at 4:28 p.m., according to the Korea Meteorological Administration (KMA).

The epicenter was at a latitude of 36.46 degrees north and a longitude of 129.63 degrees east at a depth of 13 km, the KMA said, adding that the quake has not caused and would not cause damage. 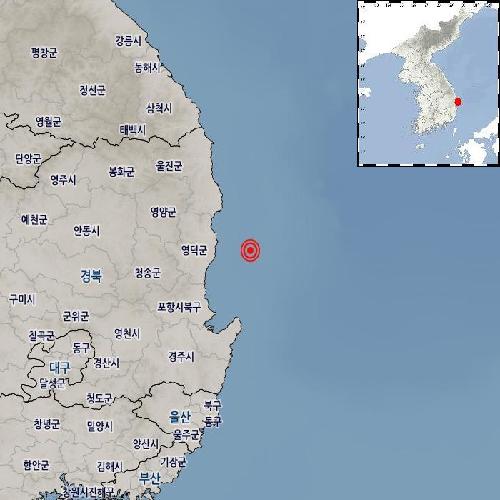