SEOUL, Sept. 12 (Yonhap) -- Scuffles plagued the site of a statue of a girl symbolizing victims of Japan's wartime sexual slavery Sunday night as members of a right-wing organization raided the site and clashed with anti-Japanese activists guarding the statue.

The four-hour melee happened as members of New Freedom Solidarity held a surprise rally near the statue in central Seoul around 10 p.m. Sunday, demanding the breakup of a civic organization established to help victims of the sexual enslavement of Korean women during Japan's 1910-45 colonial rule.

Clashes continued past midnight as the leader of the right-wing organization attempted to force his way near the statue and anti-Japanese activists tried to keep him away. One protester was taken to the hospital for exhaustion.

An anti-Japanese activist was also taken into custody for pushing a police officer at the scene.

Although police separated the two sides with police lines, they continued to clash with loudspeakers and caused inconvenience to people nearby before the conservative group finally left the area at around 2:10 a.m. Monday.

The Seoul Jongno Police Station believes both groups violated the Assembly and Demonstration Act and plans to call in the activists for investigation. 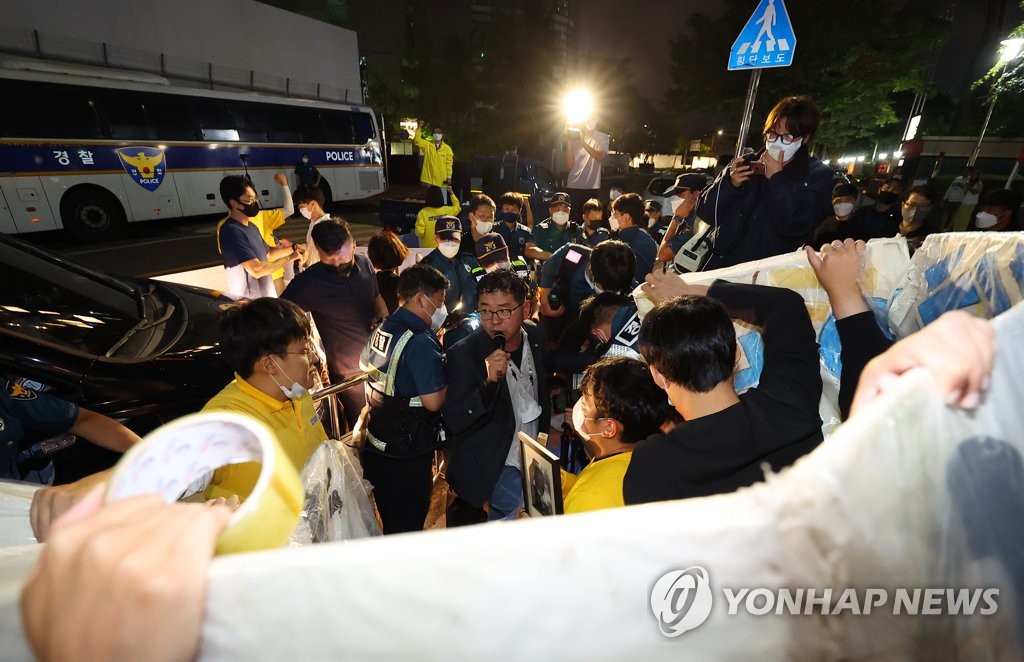