Ambassador Hwang Joon-kook made the remark in an interview with Yonhap News Agency on Sunday, stressing that North Korean human rights is a "very important issue in terms of safeguarding universal values."

"For the past few years, we have been clearly passive in addressing the resolution on North Korean human rights ... this has to return to normal," he said.

South Korea, however, has not participated as a co-sponsor of the resolution since 2019 amid its efforts to avoid tensions with the North and resume inter-Korean dialogue under the previous liberal government.

Hwang will likely seek to co-sponsor the resolution as early as next year since he assumed his post as the first ambassador to the U.N. under the conservative Yoon Suk-yeol administration in July. 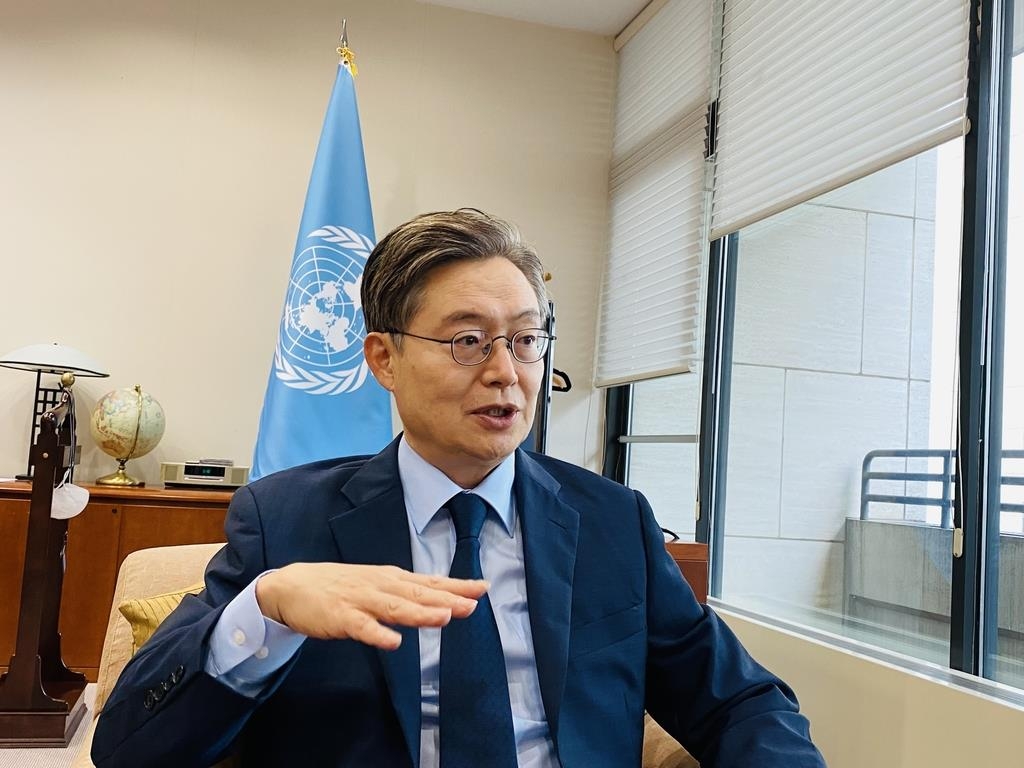