SEOUL, Sept. 12 (Yonhap) -- South Korean steel giant POSCO said Monday it expects to be able to put three blast furnaces back in operation this week, about a week after the shutdown of the structures over Typhoon Hinnamnor.

POSCO halted the No. 2, 3 and 4 blast furnaces at its main steel mill in the main production complex in Pohang, about 270 kilometers southeast of Seoul, on Wednesday after the facilities and equipment were damaged by floods when the typhoon hit the country.

POSCO said Monday it was set to resume the operation of the No. 4 furnace during the day and plans to do the same for the No. 2 furnace as early as Tuesday. POSCO restarted the No. 3 furnace on Saturday.

Once completed, all of the three stalled furnaces will be back in operation.

POSCO said more than 30,000 people, from POSCO, the local government and the Marine Corps, have been mobilized for the recovery work to restore rolling and other affected facilities.

It marked the first time for the company to halt operations of its Pohang factory in its half-century history. 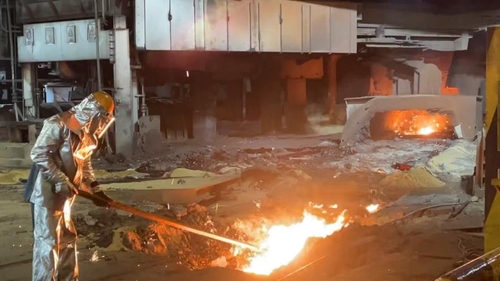