SEOUL, Sept. 13 (Yonhap) -- With the best actor award at this year's Emmy Awards, "Squid Game" star Lee Jung-jae is now in the second heyday of his career that started about 30 years ago. 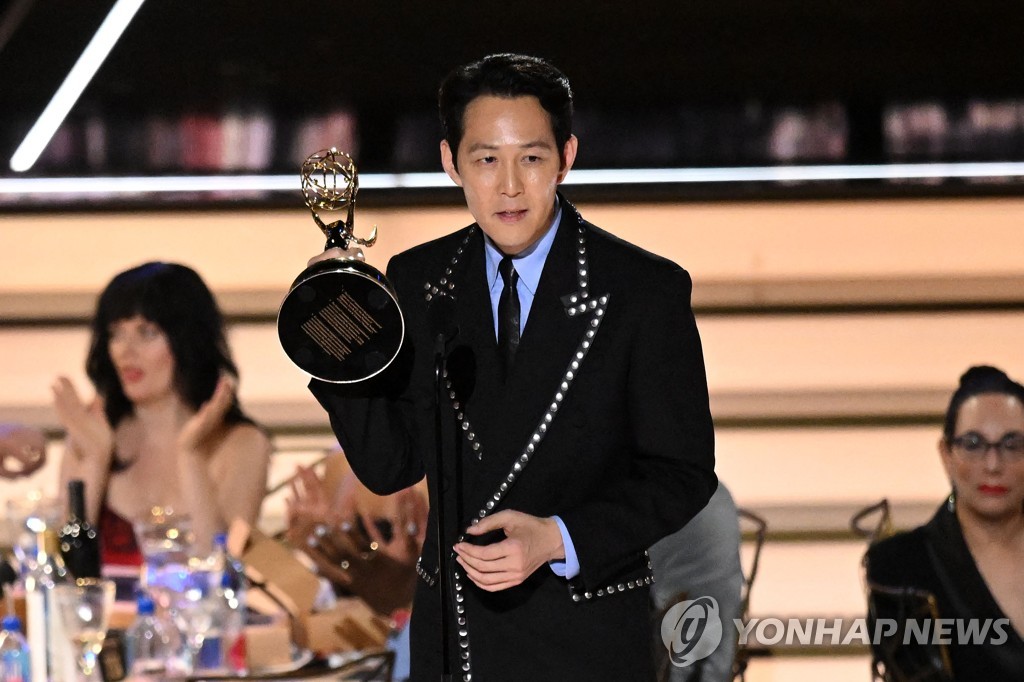 In "Squid Game," Lee plays Gi-hun, a down-on-his-luck middle-aged man who sponges off his ailing old mother for living expenses and resorts to gambling after a series of business failures, a divorce and heavy indebtedness.

He is drawn to a mysterious competition of traditional Korean kids' games that will reward the only survivor with 45.6 billion won (US$33 million) in prize money.

Before "Squid Game," Lee, a veteran actor, had carved out his acting career in a wide range of genres from historical drama to romances and comedy on big and small screens for about three decades. 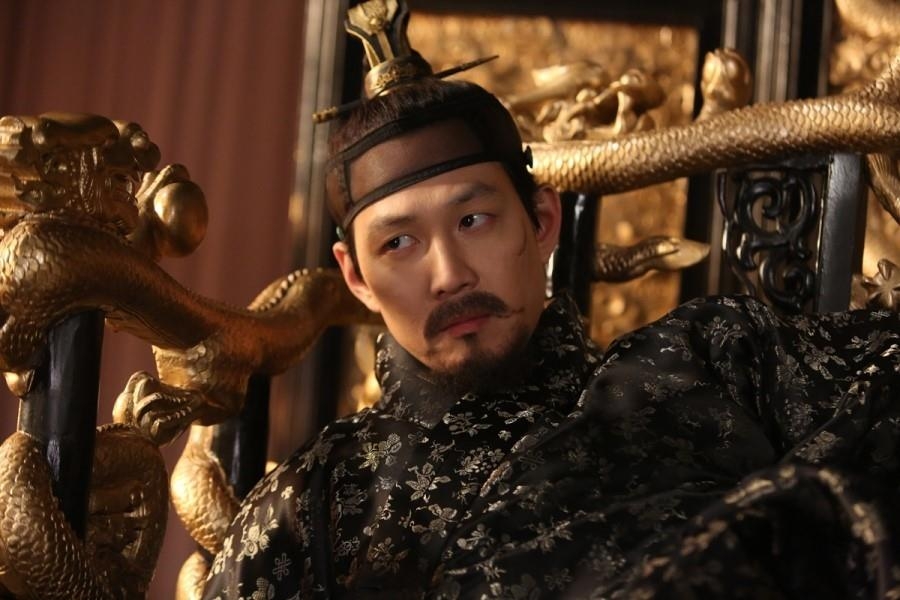 Making his TV debut with the campus drama "Dinosaur Teacher" in 1993, he soon became a heartthrob in Korea as a devoted bodyguard in the mega-hit TV series "Sandglass" (1995).

His presence stood out on the silver screen with the drama "The Young Man" (1994) and the action film "City of the Rising Sun" (1999). Lee swept best rookie actor prizes in local film awards, including the Blue Dragon Film Awards for his role in the former, while he hoisted the best actor trophy at the Blue Dragons for the latter.

On the film side, he took impressive roles in two big hit films, the crime drama "New World" (2013) and the historical film "The Face Reader" (2013), proving he was well suited for charismatic gangster leaders or kings. He was awarded best supporting actor at the Blue Dragon and Baeksang Arts Awards for his performance in "The Face Reader."

And he also received critical acclaim for his acting skills in many of his subsequent projects, including the historical thriller "Assassination" (2015), the war film "Operation Chromite" (2016) and the "Along With the Gods" series, which also became box office hits. 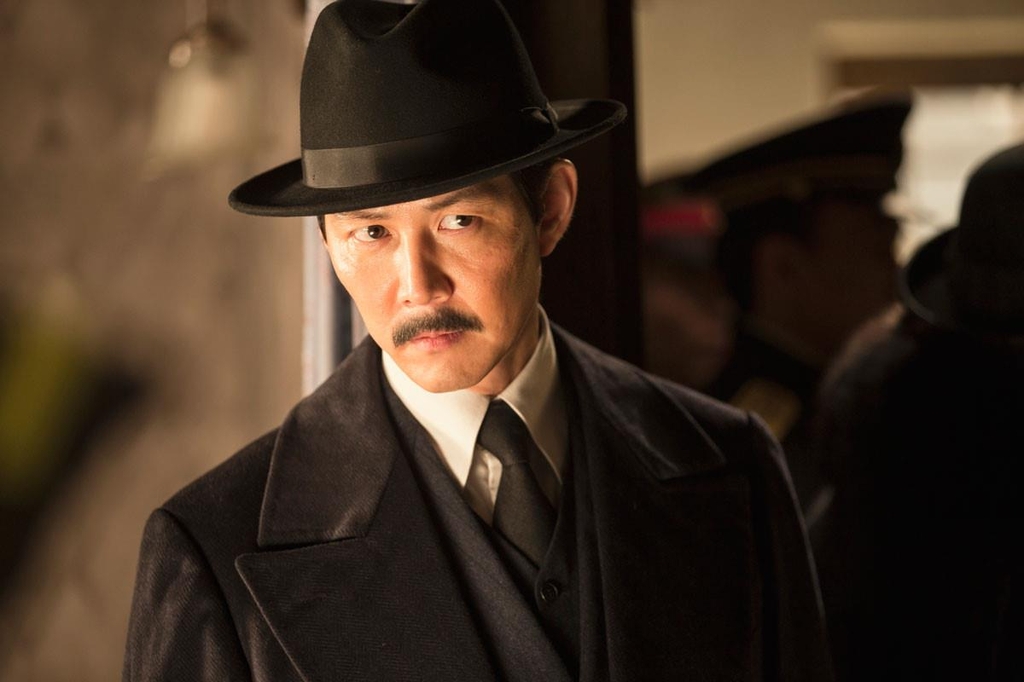 In 2021, "Squid Game," his first Netflix project, helped him gain unprecedented global fame and earn an acting prize at the Emmys, which had been allowed to only English-speaking actors before him.

Subsequently, his horizons have expanded to directing. He made his directorial debut with the espionage thriller "Hunt" (2022) this summer, which gained critical acclaim for its well-rounded storytelling and effective use of action.

The film was first screened at this year's Cannes Film Festival and will have its North American premiere at the upcoming Toronto International Film Festival. He received a standing ovation at Cannes, the world's most prestigious film festival. 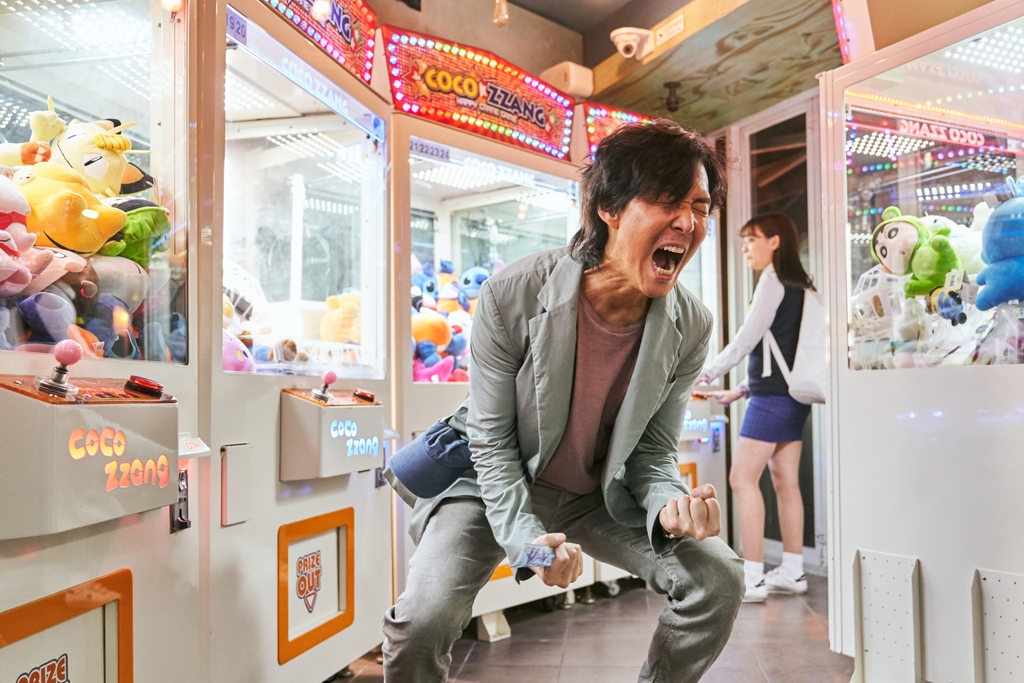 On top of that, the "Squid Game" star is now heading to Hollywood.

He signed with the American talent agency Creative Artists Agency earlier this year for American representation as a first step to start his career in Hollywood.

Recent U.S. news reports said Lee has been cast in the male lead role for an upcoming "Star Wars" spin-off series, with Amandla Stenberg and Jodie Turner-Smith starring in the series.

It will be his first major American studio role after the global phenomenon "Squid Game."

The actor said the driving force of his decadeslong activity comes from constant efforts to become a better person at where he is.

"I could say I've made enough effort when I did more than what I am asked," Lee said in a recent media interview. "I don't think it's enough to do things only to meet expectations."

30 years on, Emmy-winning actor Lee Jung-jae in his second heyday

30 years on, Emmy-winning actor Lee Jung-jae in his second heyday