At the ceremony for the 74th edition at the Microsoft Theater in Los Angeles on Monday (U.S. time), Hwang Dong-hyuk, who produced, wrote and directed the global sensation survival drama, took home the prize of Outstanding Directing and Writing For a Drama Series for the Netflix series' first episode, "Red Light, Green Light."

He was competing with Mark Mylod, Cathy Yan and Lorene Scafaria of "Succession," Ben Stiller of "Severance," Jason Bateman of "Ozark" and Karyn Kusama of "Yellowjackets." 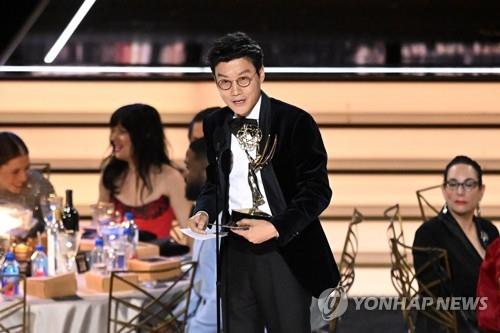 It is the first time that a non-English TV series has earned an Emmy, the most coveted honor in the U.S. TV industry, for its director.

Hwang thanked the global streaming platform Netflix for opening the door to his all-Korean show and giving an unprecedented opportunity to access global audiences outside Korea.

"I believe I have to say we've all made history together," he said in his acceptance speech. "I truly hope 'Squid Game' won't be the last non-English series to be here at the Emmys, and I also hope this won't be my last Emmy either."

He said he will return with the second season.

Lee became the first non-English speaking performer and South Korean actor to win an Emmy, one of the four major American awards for performing arts and entertainment.

In "Squid Game," Lee plays the role of Gi-hun, a down-on-his-luck middle-aged man drawn to a mysterious competition of traditional Korean kids' games that reward the only survivor with 45.6 billion won (US$33 million) in prize money. 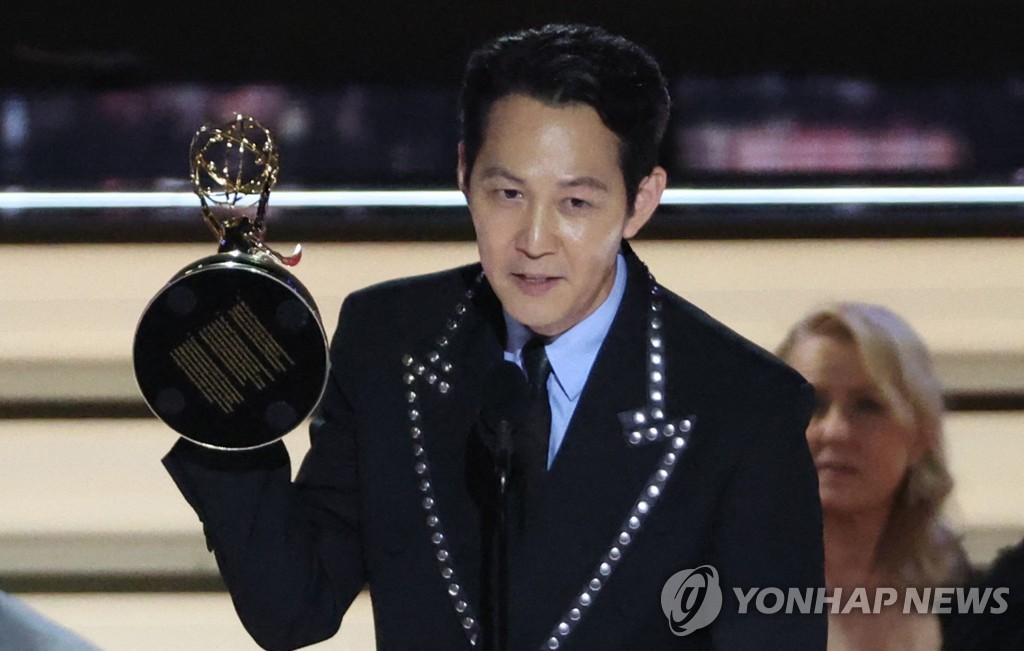 In his acceptance speech, the actor thanked director Hwang Dong-hyuk for creating the series that was accepted by audiences all over the world and Korean fans for supporting him.

"Thank you director Hwang for making realistic problems we all face come to life so creatively on the screen with the great script and amazing visuals," he said. "I want to share this amazing honor with my fans, friends and family in Korea." It is Netflix's biggest hit original series ever, with a total of 1.65 billion hours of viewing in the first four weeks. Its second season is now in production. 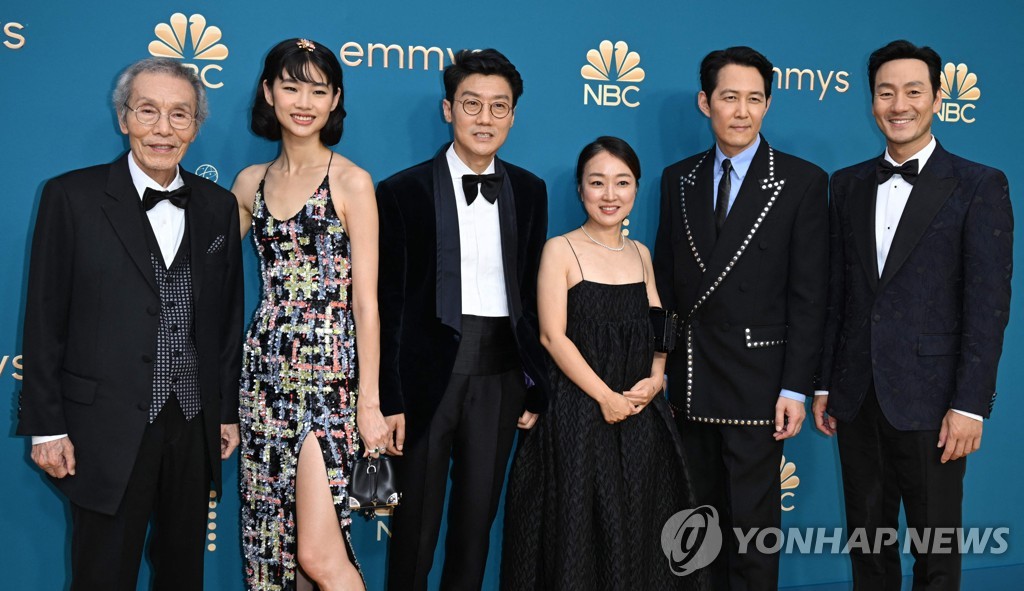