SEOUL, Sept. 13 (Yonhap) -- South Korean steel giant POSCO said Tuesday that its three blast furnaces are back in operation, about a week after the shutdown of the facilities over Typhoon Hinnamnor.

POSCO halted the three blast furnaces at its main steel mill in the southeastern city of Pohang last week as the facilities and related equipment were damaged by floods when the typhoon hit the country.

It marked the first time for the company to halt operations of its Pohang steelworks in its half-century history.

POSCO said none of its five blast furnaces in Gwangyang were affected by the typhoon. Gwangyang is located about 300 kilometers south of Seoul. 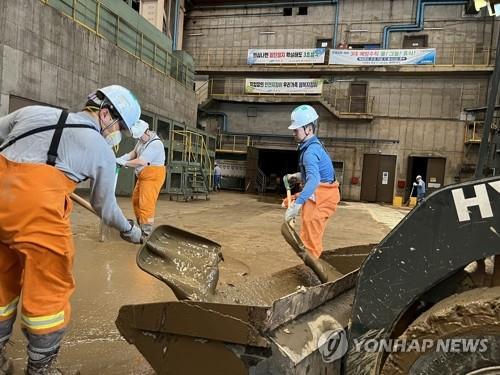