The TV sensation, which aired every Wednesday and Thursday on the local cable channel ENA from June 29 to Aug. 18, marked 31.6 million hours of viewing for the week of Sept. 5-11 to lead Netflix's official top 10 list for non-English TV programs available on the service, according to the company.

It is the 16-part Korean show's ninth No. 1 finish since the drama rose to the top in the second week of its release. It has since stayed atop the list except for its fourth week (July 18-24), when it placed second after the Spanish show "Alba."

Along with "Woo," four other Korean-language TV shows made the top 10 list.

The Korean soap opera "Young Lady and Gentleman" was viewed for 21.5 million hours over the cited period to finish fourth, while Netflix's new original series "Narco-Saints" debuted at No. 5 with 20.6 million hours.

The fantasy romance "Alchemy of Souls" ranked sixth with 16.8 million hours of viewing, and the mystery drama "Little Women" landed at No. 7 on its first week of release with 10 million hours. 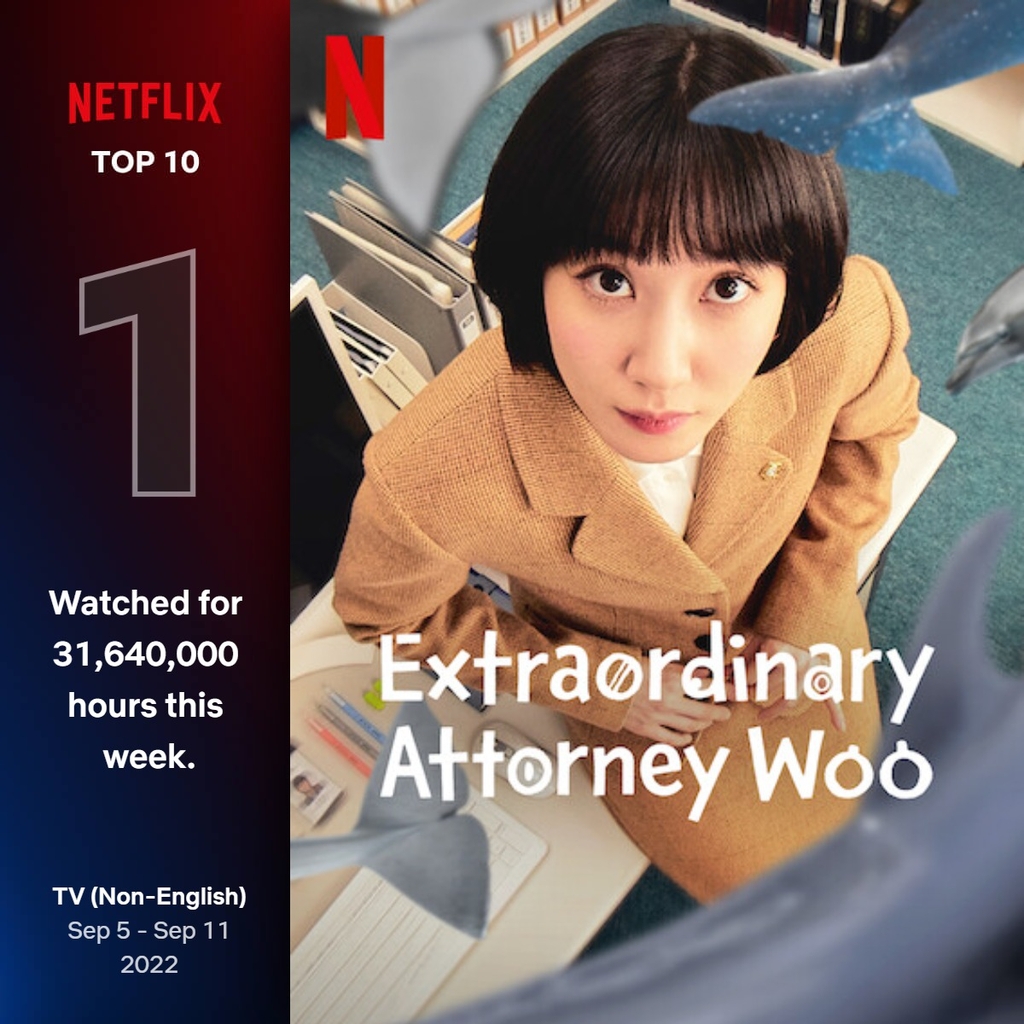