Vice Defense Minister Shin Beom-chul made the remarks upon arriving at Dulles International Airport near Washington, D.C., to attend a session of the Extended Deterrence Strategy and Consultation Group (EDSCG) slated for Friday (local time).

The first vice-ministerial EDSCG session since 2018 has been arranged as the allies are cranking up security coordination amid concerns about the possibility of the North conducting a nuclear test or other provocative acts.

"(We) will see the U.S.' strengthened extended deterrence commitment (to the South) and discuss concrete steps to enhance its credibility," Shin told reporters without elaborating. "In a broad context, there's been progress in discussions that have been under way as to how the South and the U.S. will share assessments on North Korean threats and how specifically we will develop extended deterrence to reassure the public." 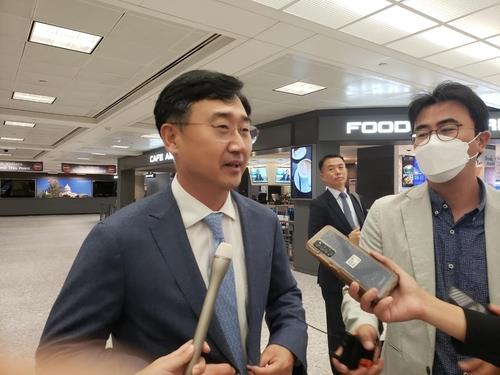 Shin also pointed out that at the EDSCG session, the two sides will discuss steps to "address public concerns in the event of the North conducting a nuclear test and ensure the U.S.' extended deterrence works well in actuality."

The EDSCG, a gathering of the two countries' vice-ministerial defense and diplomatic officials, will come after North Korea codified its nuclear policy in a law last week, which hinted at the possibility of the regime launching a preemptive nuclear strike in a contingency.

Asked if any specific agreement will be reached at the EDSCG session, Shin said that Seoul and Washington have been "doing their utmost toward that end."

During his stay in the U.S., Shin plans to visit a set of key American military units, including Andrews Air Force Base just outside Washington, D.C., where he said he expects to see U.S. strategic military assets.

"I think proper photos (of the strategic assets) may be released later," he said.

The EDSCG has not been held since its second and last session in January 2018, when the then liberal Moon Jae-in administration pushed for an initiative to promote inter-Korean rapprochement and cooperation.

Seoul's vice defense and foreign ministers, Shin and Cho Hyun-dong, respectively, will attend the session while the U.S. side will be represented by Colin H. Kahl, under secretary of defense for policy, and Bonnie Denise Jenkins, under secretary of state for arms control and international security.

The planned reactivation of the EDSCG came after South Korean President Yoon Suk-yeol and his U.S. counterpart, Joe Biden, agreed on it during their summit in May in Seoul as part of joint efforts to address Pyongyang's growing nuclear and missile threats. 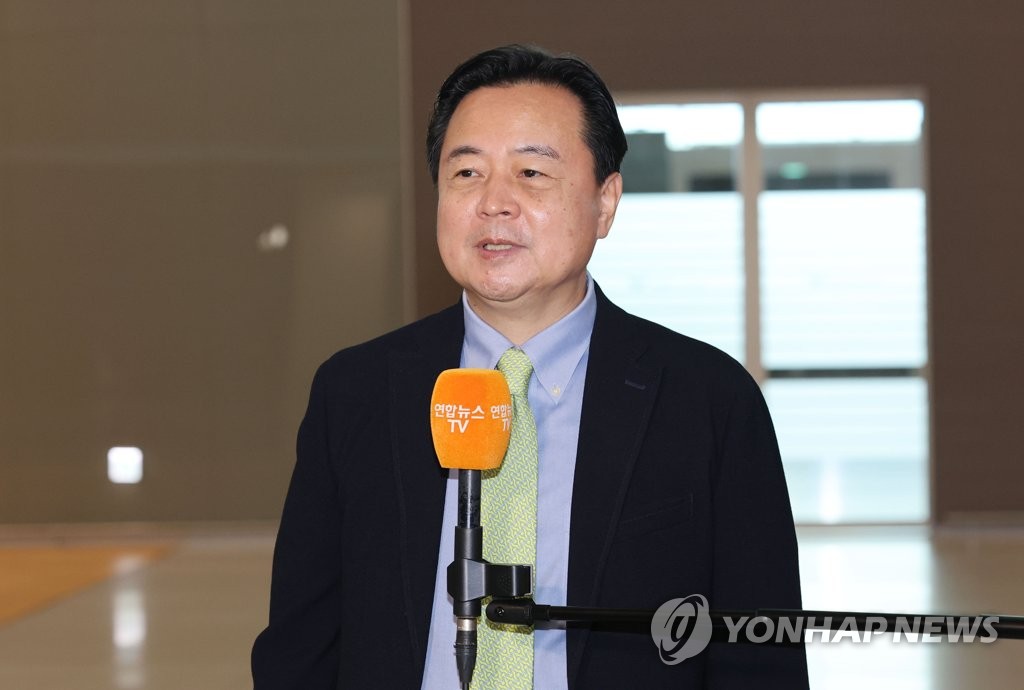 Cho also headed to the U.S. capital, saying the allies will have "quite in-depth discussions" on the specific level of Seoul's role in the extended deterrence.

"(We) will explain the outcome of a final agreement through a joint statement," he told reporters shortly before departure at Incheon International Airport.

He added he plans to have a separate meeting with Deputy Secretary of State Wendy Sherman and some other senior officials of the Biden administration for discussions on such pending bilateral issues as Seoul's efforts to minimize the industrial impact from the Inflation Reduction Act.

The South Korean government has voiced concerns about the new U.S. legislation that calls for a tax credit of up to US$7,500 to each American buyer of electric vehicles (EVs) assembled in North America, with the benefit not applied to South Korean-made EVs.