The call was made in an opinion submitted to the Constitutional Court, the National Human Rights Commission (NHRC) said a day before the court is set to hold the first open hearing on whether the security law is constitutional.

Adopted in late 1948 amid the Cold War, the National Security Act criminalizes praising or propagating activities of "anti-state" organizations or their members. Producing or possessing "enemy-benefiting" materials is also punishable under the law.

The law was enacted in response to threats from communist North Korea, but it has also come under criticism for being a government tool to silence political dissidents.

The rights watchdog also pointed out the law is so vaguely worded that it leaves much room for law enforcers to arbitrarily interpret and apply it.

"There's a noticeable gap between South and North Korea in terms of economic and military power compared to 1948 when the National Security Act was enacted," the NHRC said.

"Even in cases of South Koreans praising or encouraging North Korea, it poses little risk to our society now that the level of understanding toward the reality in North Korea is much higher." 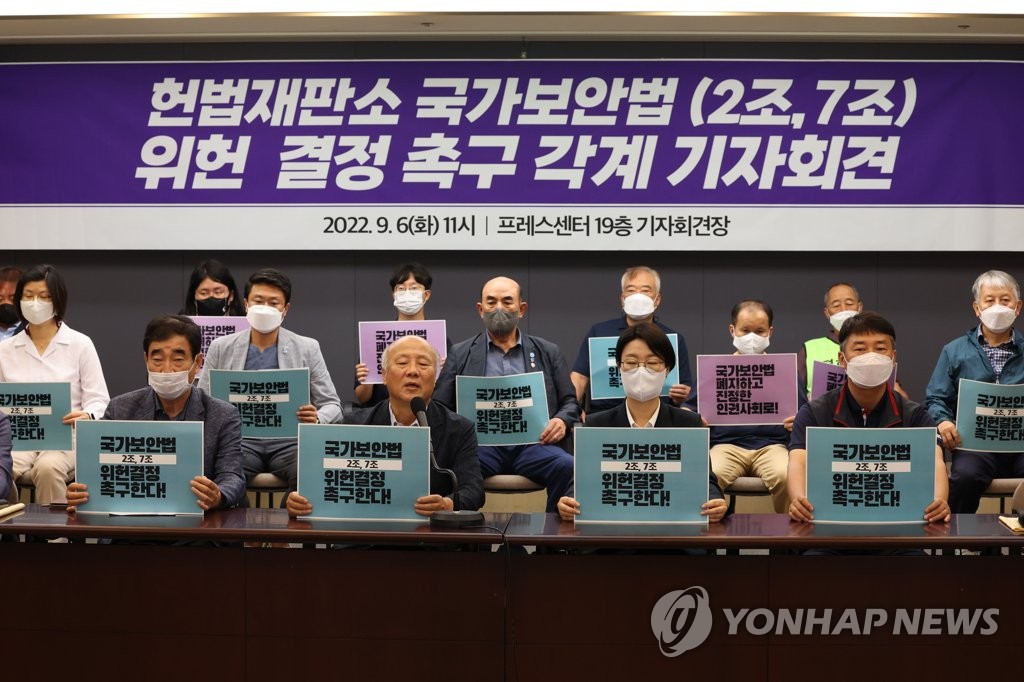