Yoon made the remark during a luncheon with members of a special People Power Party committee on strengthening the chip industry's competitiveness.

"Semiconductors are known as the rice of industries and they are the most important area in the fourth industrial revolution," he said. "In a way, we can say our survival depends on it."

The ruling party panel is led by Rep. Yang Hyang-ja and composed of other lawmakers as well as experts and professors of relevant fields from Seoul National University and other universities.

"As president, I always have to prepare food for the people for the future, which I don't think is a long-term task but a current task that needs to be handled in real time," Yoon said. "I feel reassured by your presence and ask that you establish the right directions."

Yoon also promised to work to nurture the right workforce and actively invest in the chip industry.

The semiconductor industry has been a special focus of the president since his inauguration in May. 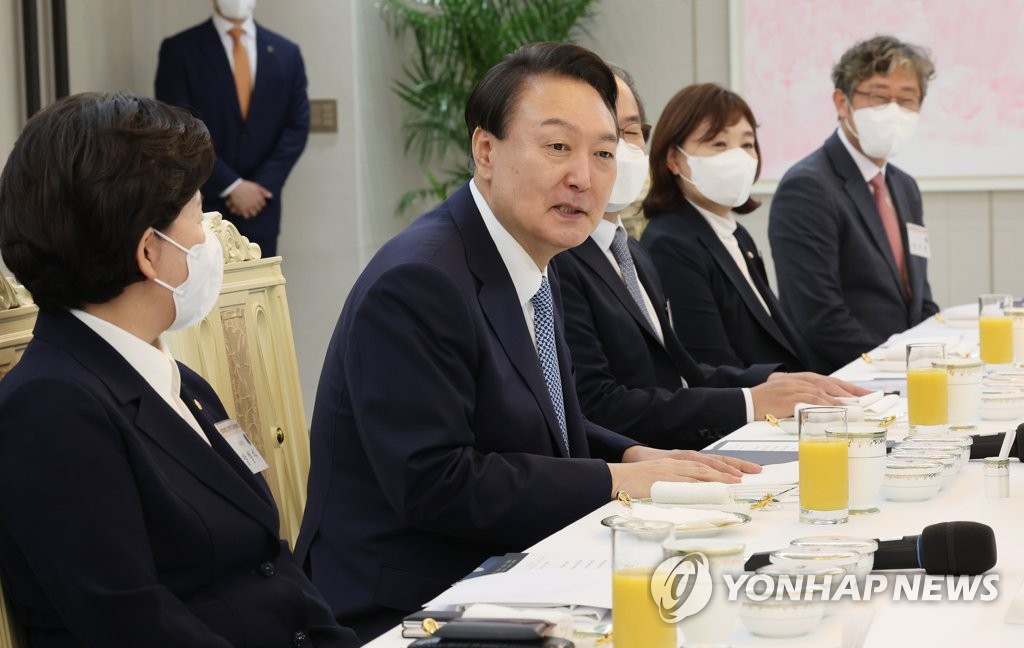