The South Korean arm of the Swedish furniture maker said it logged 618 billion won (US$444.3 million) in sales in the fiscal year ending August 2022, compared with 687.2 billion won during the same period of last year.

"Considering the COVID-19 situation, the revenge spending situation and the availability situation during this fiscal year, this is a result we are very happy with," said Fredrick Johansson, the country retail manager of IKEA Korea, citing various challenges, such as rising material costs and supply chain disruptions. 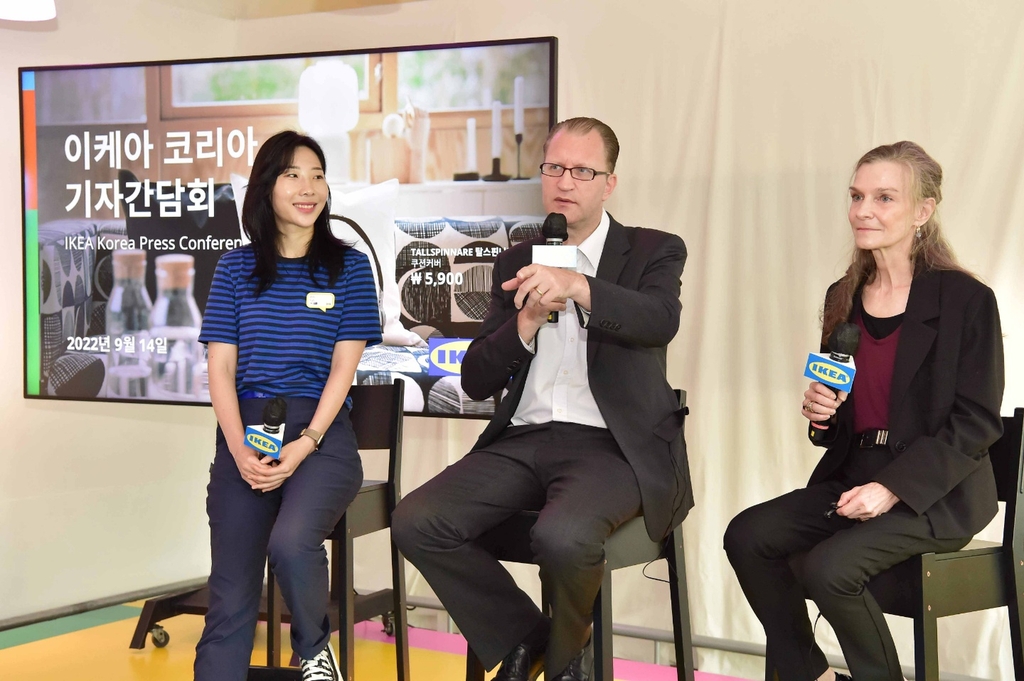 The company blamed the first decline in sales on reduced spending on home furnishing goods, with more customers spending time outdoors after South Korea lifted most COVID-19 restrictions in mid-April as part of efforts to return to pre-pandemic life.

IKEA Korea did not disclose operating profit or net income for the cited period.

IKEA said it will focus on strengthening its "omni-channels" so that customers can order, buy and access consulting services from various touch points beyond its offline retail stores.

The furniture maker also plans to strengthen its "IKEA for business" service, a furnishing consulting service aimed at small and medium-sized business owners, with the goal to double its share in the upcoming fiscal year.

Executives of the company also mentioned possibilities it could mark down the prices of popular products once supply chain bottle necks and inflation of raw material prices resolve in the near future.

In August, IKEA Korea increased its retail prices by an average of 3.5 percent, citing a rise in production costs.

"IKEA Korea has set the fiscal year of 2023 as the leap year of omni-channel. We, as a home furnishing leader with deep expertise, will continue to make best efforts to enable more people to create a happier and more sustainable life at home," Johansson said.

IKEA's sales in S. Korea down for first time in 8 years

IKEA's sales in S. Korea down for first time in 8 years