SEOUL, Sept. 14 (Yonhap) -- President Yoon Suk-yeol's meeting with China's top legislator Li Zhanshu is being arranged for later this week, although the details have yet to be fixed, according to the presidential office Wednesday.

Li, China's third-ranked official and chief of the Standing Committee of the National People's Congress, will lead a large government delegation to Seoul on Thursday at the invitation of National Assembly Speaker Kim Jin-pyo.

His three-day visit will include talks with Kim on Friday on strengthening cooperation between the two countries' parliaments, as Seoul and Beijing mark 30 years since establishing diplomatic ties this year.

"We are in talks to meet on the 16th," a presidential official told reporters. "We'll announce the exact time and other details later."

Yoon and Li have been expected to discuss the possibility of Chinese President Xi Jinping visiting South Korea. 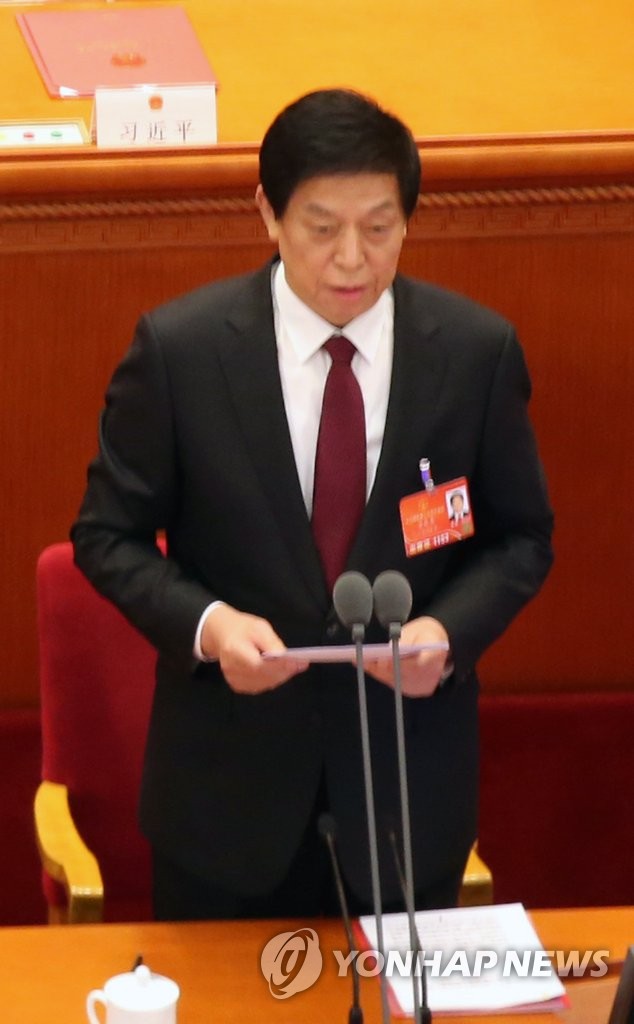 Yoon's meeting with China's top legislator being arranged for Friday

Yoon's meeting with China's top legislator being arranged for Friday