SEOUL, Sept. 14 (Yonhap) -- A meeting between President Yoon Suk-yeol and the leaders of the ruling and main opposition parties may take place after his upcoming visit to Britain, the United States and Canada, a presidential official said Wednesday.

"There is a need to consider President Yoon meeting the respective leaders and floor leaders of the parties following his overseas visit," Lee Jin-bok, the senior presidential secretary for political affairs, told reporters following a meeting with the new interim leader of the ruling People Power Party.

Yoon and Lee both ran in March's presidential election, with Yoon beating Lee by a razor-thin margin.

Yoon is scheduled to depart for Britain next week to attend the funeral of Queen Elizabeth II on a trip that will also take him to New York for the U.N. General Assembly and Canada. 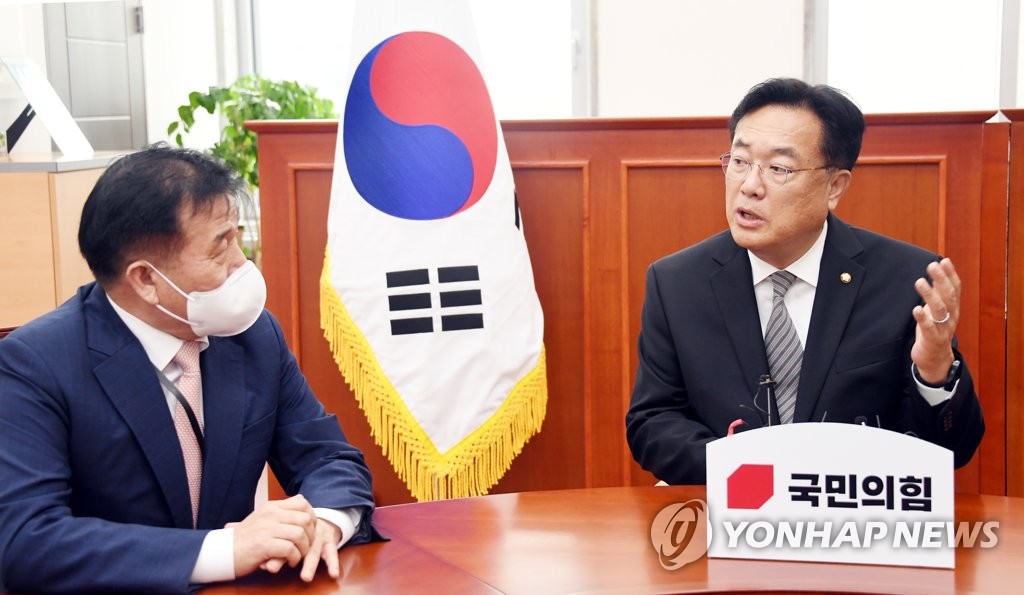