SEOUL, Sept. 14 (Yonhap) -- Prosecutors have set out to apprehend Do Kwon, the CEO of Terraform Labs, as part of a probe into the massive collapse of the blockchain firm's Luna and TerraUSD cryptocurrencies in May, officials said Wednesday.

Prosecutors are expected to take further procedures soon to have an Interpol red notice issued to repatriate them from Singapore where they are currently staying.

Terraform has been under investigation for alleged fraud and tax evasion after investors in TerraUSD and Luna filed complaints against Kwon in May, accusing him of a Ponzi scheme over the loss of billions of won following the crash of both coins earlier that month. 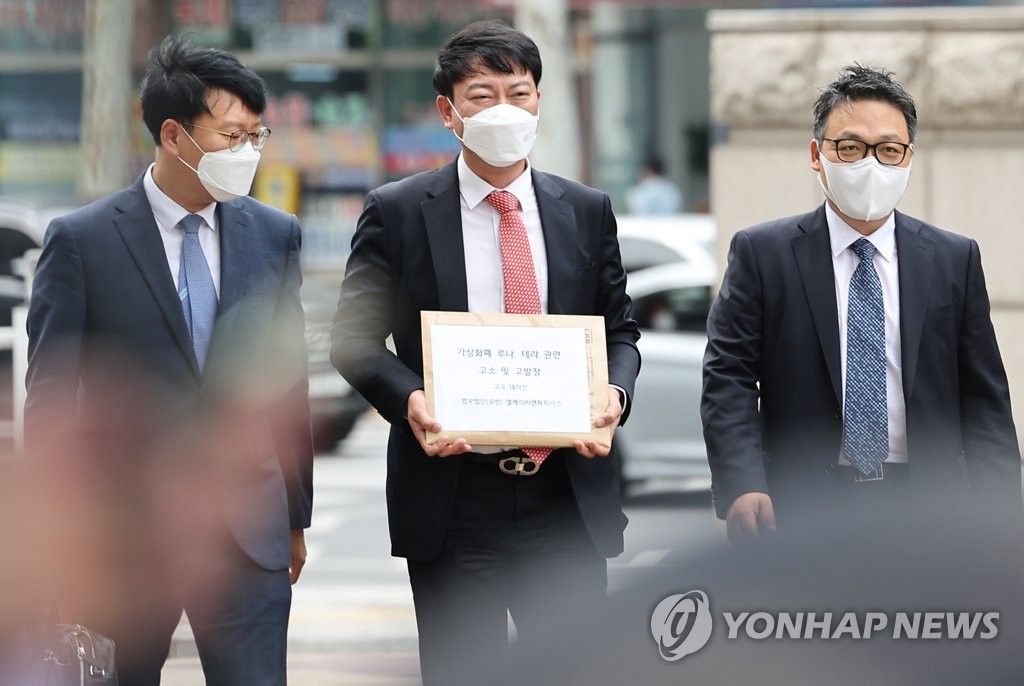 Arrest warrants issued for Terraform founder Do Kwon and 5 others

Arrest warrants issued for Terraform founder Do Kwon and 5 others