SEOUL, Sept. 15 (Yonhap) -- Only about two weeks ago, Ulsan Hyundai FC enjoyed a comfortable lead over rivals Jeonbuk Hyundai Motors atop the K League 1 tables. Now, Jeonbuk are within too-close-for-comfort range for Ulsan.

Second-ranked Jeonbuk edged out Seongnam FC 1-0 on Wednesday night, a result that, combined with Ulsan's scoreless draw with Incheon United the same evening, slashed Ulsan's first-place to five points, at 63-58.

Ulsan led Jeonbuk by 10 points on Aug. 28. But with Ulsan unable to pull out a victory over their past two matches and Jeonbuk enjoying their first winning streak since July, the K League 1 title remains very much up for grabs with six matches left. 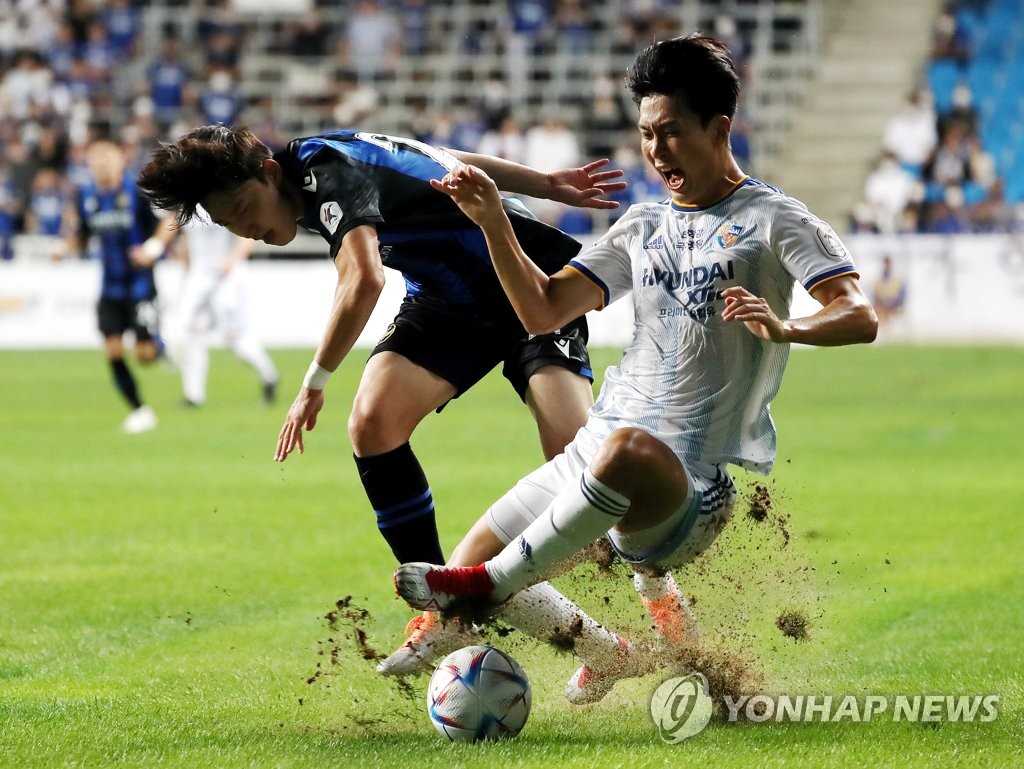 Jeonbuk are pursuing their sixth consecutive title, which would be a league record. Each of their past three championships came at the expense of Ulsan, a team with the most runner-up finishes in K League history with 10. Ulsan's most recent title came in 2005.

Ulsan suffered late collapses in 2019, 2020 and 2021, and another "snatching defeat from the jaws of victory" type of meltdown is a distinct possibility at this point.

After Wednesday's draw, Ulsan head coach Hong Myung-bo, who took the reins before the 2021 season, spoke of the need to be more courageous in the face of fear.

"Our players as well as our fans must be dealing with anxiety," Hong said. "I think the whole team has been traumatized (by the experience of recent seasons). And honestly, I haven't overcome such trauma myself. And there is really no special solution, other than to play with more courage and confidence. All we can do is to think about extending our lead in the next match." 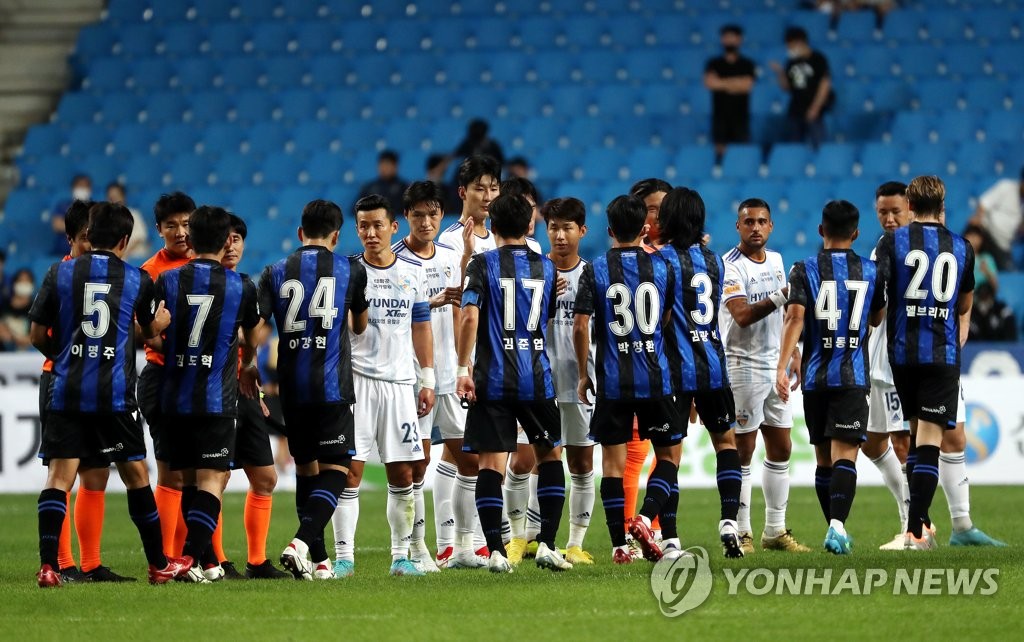 For clubs with championship aspirations, there is no such thing as a good time to have slumps. But Ulsan have hit their rough patch at a particularly terrible time. They have just one victory in four matches so far in September and have managed only two goals in those games.

"All of that rests with me," Hong said. "I will try harder the rest of the season."

Ulsan put just one shot on target in the first half against the dogged Incheon defense. Ulsan tried to ratchet up their attacking pressure in the second half, but none of their four attempts on target found the back of the net.

For Jeonbuk, Mo Barrow's 26th-minute header, set up by Kim Jin-su's cross, stood as the winner.

Also on Wednesday, Pohang Steelers kept pace with Jeonbuk with a 2-0 victory over Suwon Samsung Bluewings and stayed four points back in third place. Pohang's lead over Incheon for fourth grew to five points. 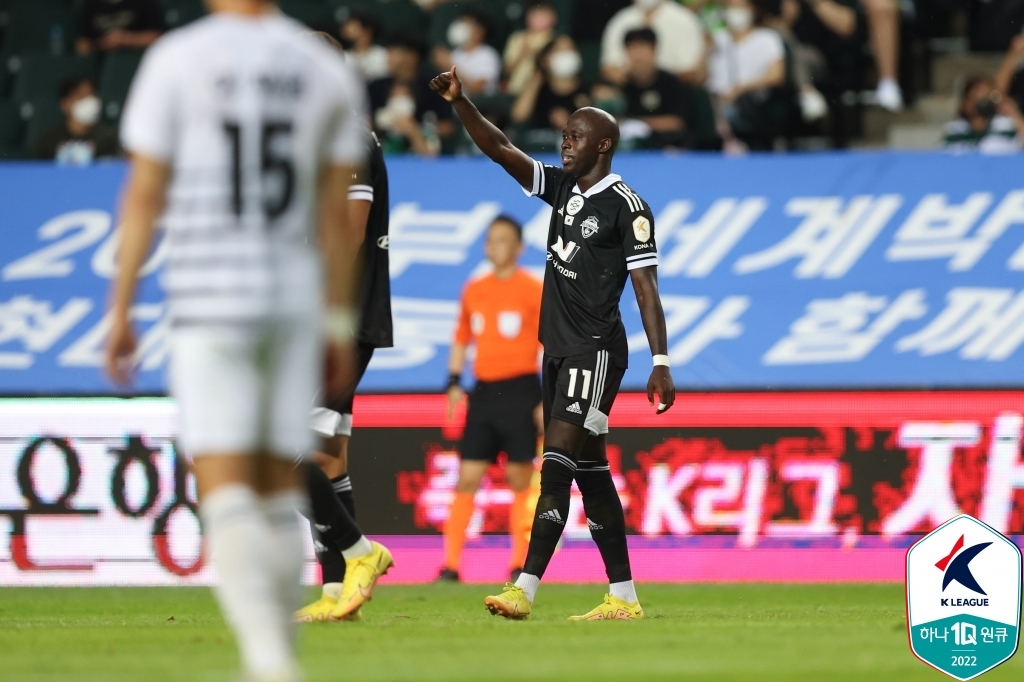 Through Wednesday's action, the top five clubs of Ulsan, Jeonbuk, Pohang Steelers, Incheon United and Jeju United have locked down their places in Final A. Jeju got the job done with a 2-2 draw against Daegu FC on Tuesday night.

Suwon FC, currently in sixth with 44 points, and Gangwon FC, two points back in seventh, are battling for the last ticket to Final A. FC Seoul, in eighth at 41 points, can still catch Suwon FC in points but will likely lose the tiebreak based on goals scored. Suwon FC hold a huge lead there at 51-38. 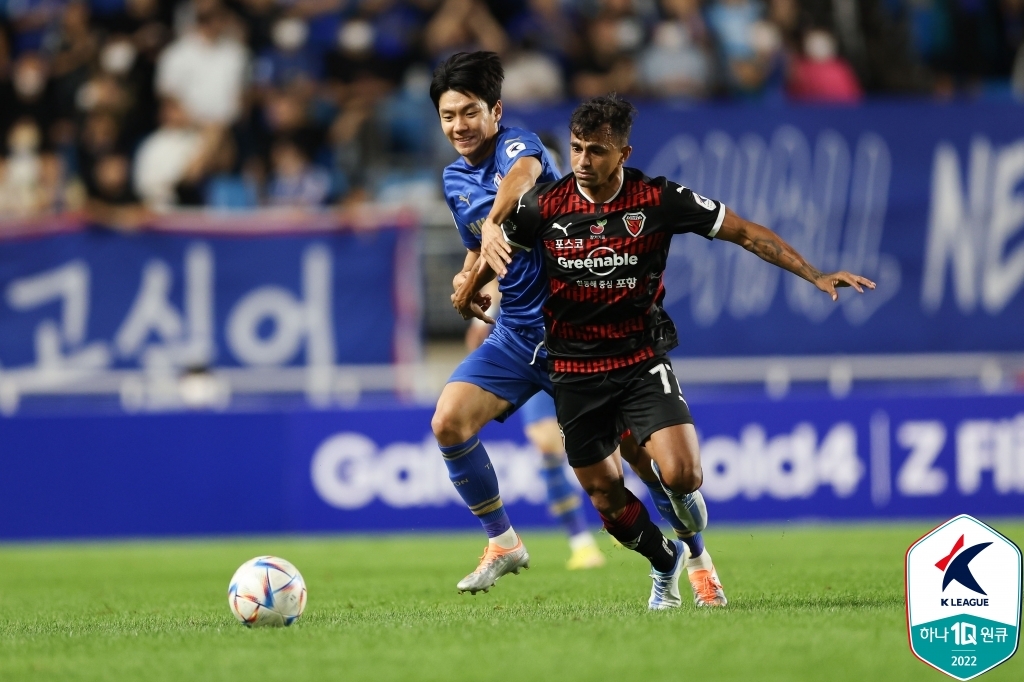 Starting this year, up to three K League 1 clubs can be relegated to the lower-tier K League 2: the 12th and last-place team will face direct relegation, and the 11th- and 10th-ranked teams can also end up in the second division if they lose playoff matches against K League 2 opponents.