WASHINGTON, Sept. 14 (Yonhap) -- South Korea's top envoy in the United States stressed the need for North Korea to return to denuclearization talks, saying it has no other option when it comes to dialogue.

"Now, North Korea has one thing to do. It should come to dialogue for denuclearization," Ambassador Cho Tae-yong said in an interview with Yonhap News Agency on Wednesday.

He urged the Kim Jong-un regime to agree on the goal of denuclearization and resume talks, while leaving the door open for unconditional consultations on humanitarian issues to help North Korean people in urgent need. 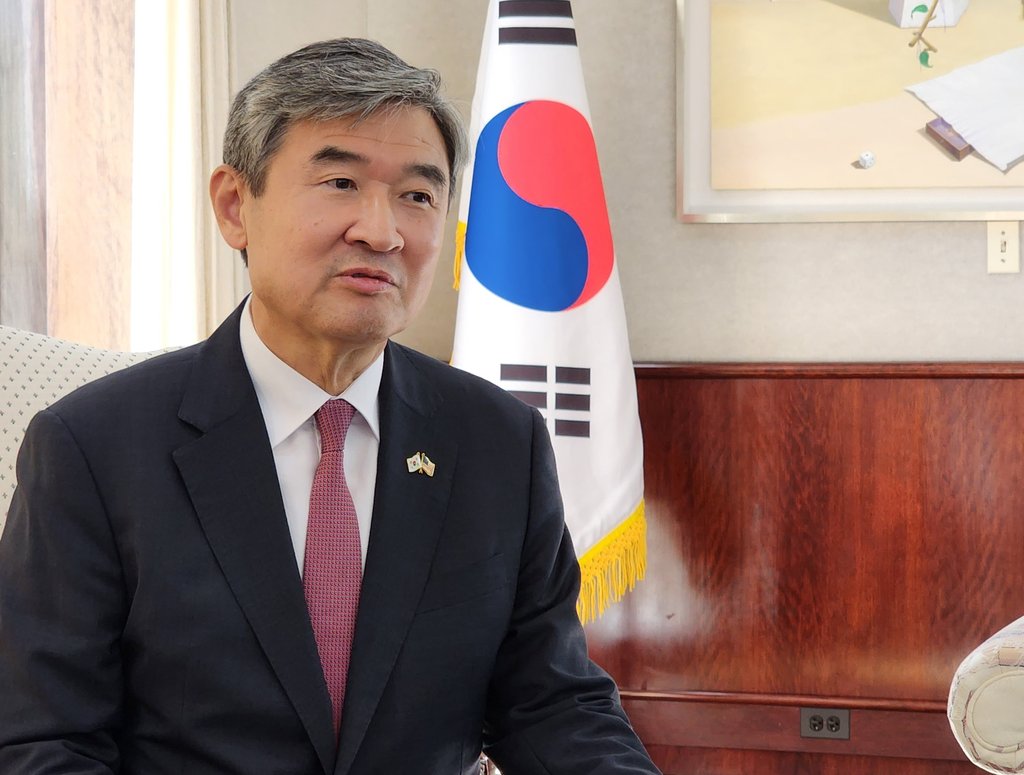 The reclusive state has also completed "technical preparations," with only a "political decision" left, for a nuclear test, according to the envoy.

North Korea watchers pay attention to upcoming major schedules, including the 77th founding anniversary of the Workers' Party on Oct. 10, the National Congress of the Chinese Communist Party (CCP) to open Oct. 16 and the midterm elections in the United States on Nov. 8.

Cho pressed Pyongyang to have discussions with Seoul on the Yoon Suk-yeol administration's so-called audacious initiative intended to launch support for its economic development in return for initial steps toward denuclearization. The North has openly rejected the offer made by Yoon.

The ambassador indicated the South will continue to make a pitch for the initiative with patience.

"There should be an occasion of inter-Korean dialogue (on the issue) in any format, which would be helpful to denuclearization and peace on the Korean Peninsula," he emphasized.

On the high-level Extended Deterrence Strategy and Consultation Group (EDSCG) meeting to be held by South Korea and the U.S. in Washington, D.C., on Friday, Cho described it as a "system" to get Seoul's view reflected in Washington's operation of its "nuclear umbrella" for its key regional ally. The allies plan to hold their first EDSCG session involving vice foreign and defense ministers in nearly five years.

He said the allies are pushing for summit talks between their presidents in New York later this month on the sidelines of the U.N. General Assembly meeting.

Cho, meanwhile, said it is "unfair" for the U.S. to exclude South Korea-made electric vehicles from tax incentives under the Inflation Reduction Act and added it is a matter that should be addressed.

(Yonhap Interview) N. Korea has no other option than denuclearization talks: envoy

(Yonhap Interview) N. Korea has no other option than denuclearization talks: envoy