SEOUL, Sept. 15 (Yonhap) -- Samsung Electronics Co. said Thursday it will try to achieve carbon neutrality by 2050 as part of its efforts to tackle the worsening climate crisis and increase the use of renewable energy.

Samsung, one of the world's biggest manufacturers of electronic devices and semiconductors, said it will try to achieve that goal by investing billions of dollars in the coming years in technological innovations for higher energy efficiency and swifter transition to clean energy in its entire manufacturing supply chain.

As part of the effort, the South Korean tech giant said it has joined the RE100, a global corporate initiative aimed at shifting to 100 percent renewable electricity, and will try to increase the energy efficiency of its seven biggest-selling products, ranging from smartphones and washers to air conditioners, by 30 percent.

Samsung admitted to difficulties in reaching its ambitious goal, largely because its high energy consumption to produce a vast array of products makes it harder to get alternative renewable energy sources.

But it stressed the shift to eco-friendly production and management is "integral" for Samsung to remain competitive and continue sustainable growth in a changing global business environment. 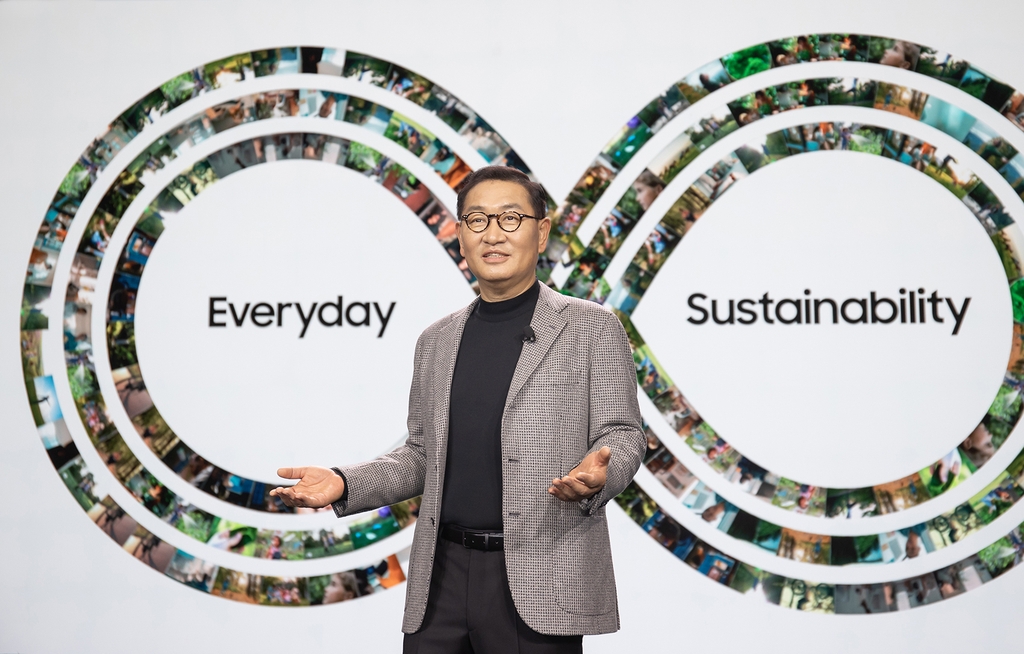 "Overcoming the climate change crisis and the establishment of a circular economy is the biggest challenge of our time, which needs active participation from businesses, the government and the people," Samsung Electronics Vice Chairman and co-CEO Han Jong-hee said in a press release.

"Samsung Electronics will serve as a catalyst for eco-friendly changes in the manufacturing value chain through innovative technology and products."

The tech company also aims to collect discarded Samsung devices in some 180 countries to recycle and reuse them. It also laid out a plan to expand the use of renewable resins in all its plastic products by 50 percent by 2030 and 100 percent by 2050.

Samsung, of which carbon dioxide emissions totaled 17 million metric tons in 2021, one of the largest amounts by a single company, plans to reach carbon neutrality in its smartphone division by 2030 and in all of its businesses by 2050.

If the goal is reached, the effect is equivalent to an annual absorption amount of 2 billion pine trees, Samsung said.

As semiconductor manufacturing requires a huge amount of water to clean silicon wafers and cool down equipment, Samsung also said it will try to freeze water consumption in its global chip lines to the 2021 level by 2030, despite active capacity expansion around the world. Samsung is the world's largest memory chip maker and the second-largest contract chip manufacturer after Taiwan's TSMC. 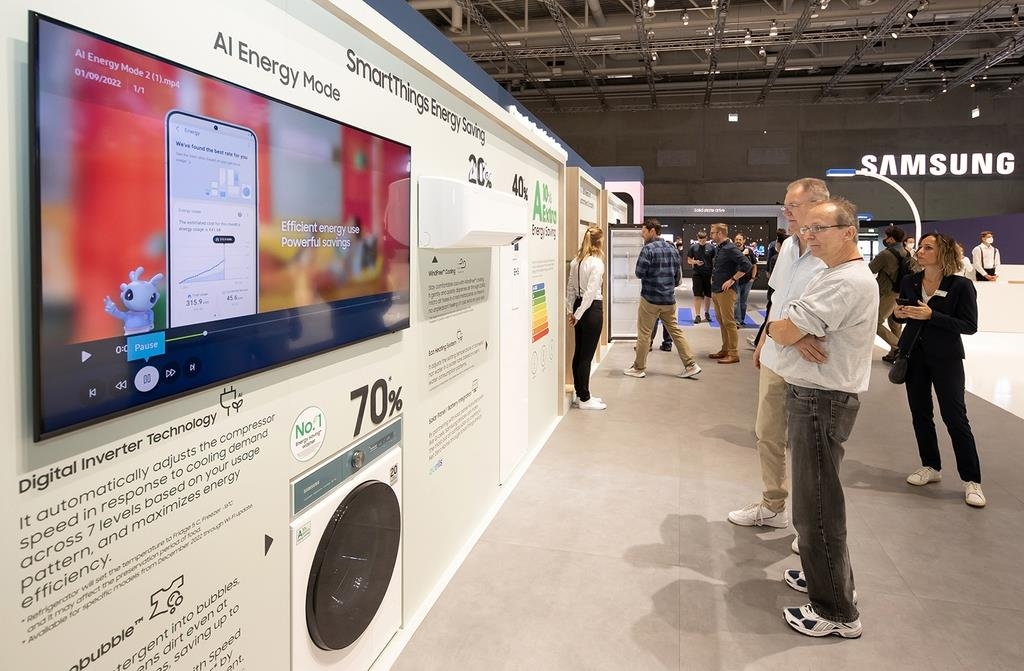 Also, Samsung said it will use 100 percent renewable electricity at its global offices within five years in phases, with Southwest Asian countries and Vietnam by the end of this year and Central American nations by 2025.

Samsung has already achieved 100 percent renewable energy use in its major overseas production sites in the United States, Europe and China.

Prior to Thursday's announcement, Samsung had ramped up its campaign for energy saving and sustainable growth.

At the IFA trade show earlier this month in Germany, Samsung used the bulk of its exhibition site to share its eco-conscious efforts for sustainable life and highlight its vision to become the world's best energy efficiency brand in home appliances.

Saving energy is not just a long-term sustainability issue, but a serious one affecting people's lives, Yang Hye-soon, head of Samsung's customer experience for digital appliances, said during a press briefing in Berlin, citing skyrocketing electricity bills, especially in Europe.