SEOUL, Sept. 15 (Yonhap) -- LG Uplus Corp. aims to expand its non-telecom business portfolio to account for up to 40 percent of its total sales by 2027, as South Korea's third-largest wireless carrier plans to transform itself into a digital platform service provider from its traditional telecom identity, its CEO said Thursday.

At a press conference in Seoul, the company laid out its new "Uplus 3.0" vision, under which the mobile carrier plans to reorganize its current and future key services under four main platform pillars centered around the themes of lifestyle, entertainment, parenting and Web 3.0.

Under the vision, LG Uplus aims to raise its valuation to up to 12 trillion won (US$8.6 billion) within the next five years. 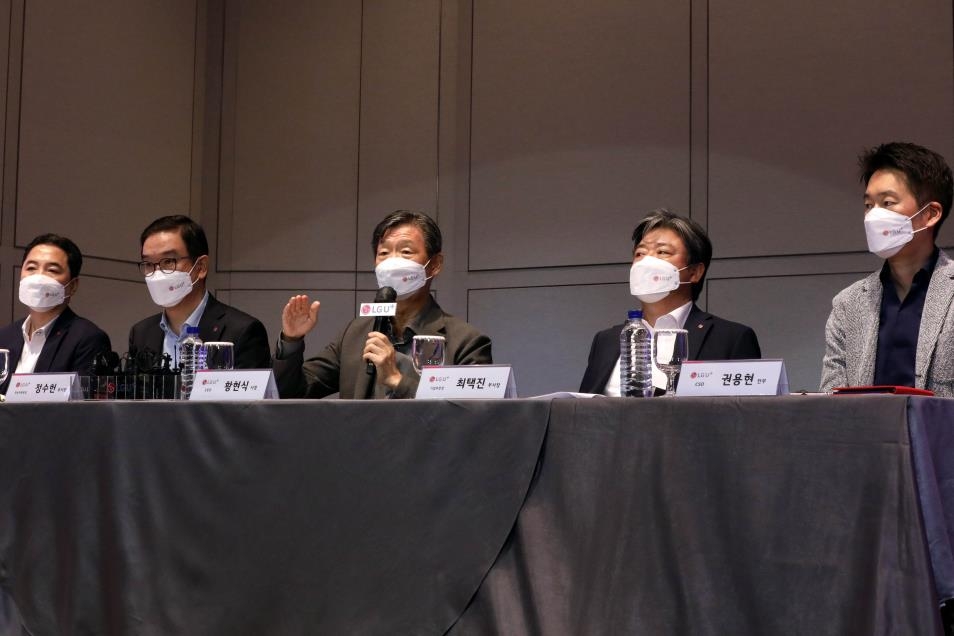 The company and its larger carrier rivals -- SK Telecom Co. and KT Corp. -- are aggressively seeking to tap into new business areas outside of traditional telecom services, such as media content, artificial intelligence, the metaverse and non-fungible tokens (NFTs), and even urban air mobility.

"We aim to usher in an era of discovering future growth engines by creating customer-oriented platforms and services based on data and technology," LG Uplus CEO Hwang Hyeon-sik said at the conference held at The Ambassador Seoul Pullman hotel.

The company said it plans to expand its lifestyle subscription services related to health, pet care and travel, and establish a combined user base of 7 million in the services within 2027.

LG Uplus also plans to upgrade its current Kids OTT product to have more interactive elements and add new commerce functionalities for users to be able to purchase educational materials through its envisioned parenting platform.

LG Uplus also announced it has invested 7.23 billion won in Obigo Inc., a company specializing in a software platform used in smart vehicles, to expand its presence in the area of smart mobility infotainment systems.

Choi Taek-jin, vice president in charge of the company business-to-business (B2B) division, said LG Uplus expects the field of B2B in-vehicle infotainment to grow in the future. "We believe Obigo is a good partner for LG Uplus' growth in this market," he said. 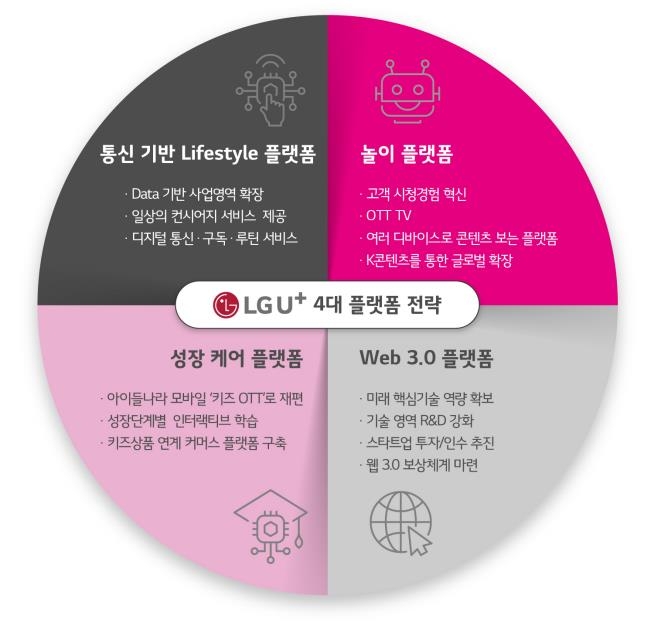 (LEAD) LG Uplus to expand non-telecom biz portfolio to up to 40 pct of total sales by 2027: CEO

(LEAD) LG Uplus to expand non-telecom biz portfolio to up to 40 pct of total sales by 2027: CEO