SEOUL, Sept. 15 (Yonhap) -- Yoon Jong-bin is one of the most bankable filmmakers in South Korea with several box-office hits under his belt like the crime drama "Nameless Gangster: Rules of the Time" (2012), the period action thriller "Kundo: Age of Rampant" (2014) and the spy thriller "The Spy Gone North" (2018).

His works are well-known for the director-writer's skills to narrate formulaic and corny stories in a more thrilling and enthralling way by creating three-dimensional characters. 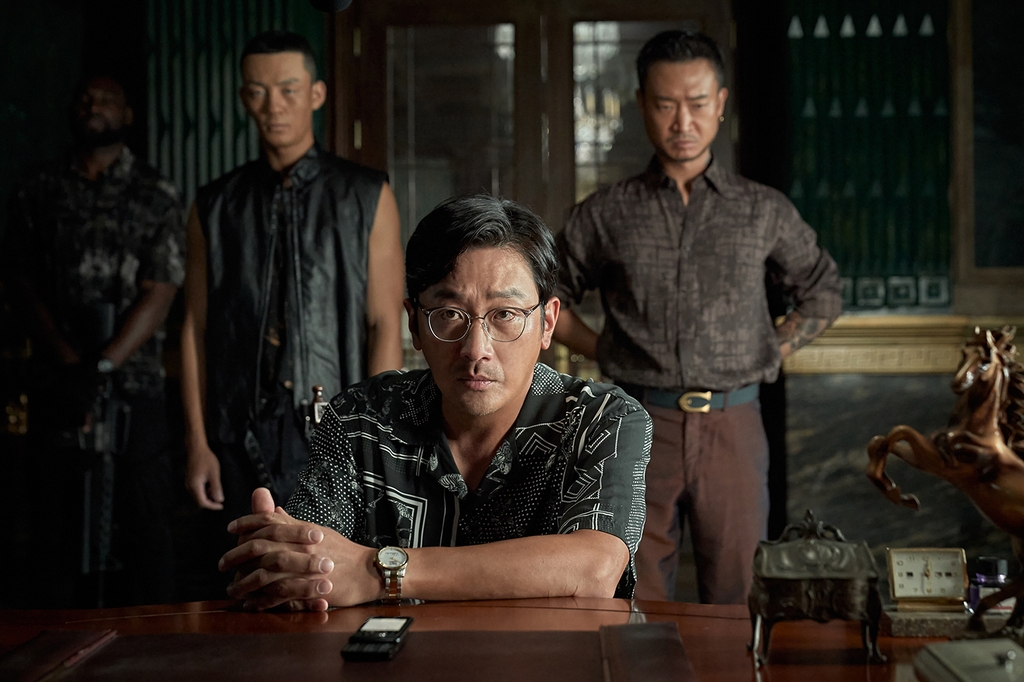 In the new Netflix original "Narco-Saints," his first ever small-screen project, the 42-year-old director exerted his ingenuity in storytelling and character building.

Based on a true story in the early 2000s, the show follows an ordinary businessman named Kang In-gu (Ha Jung-woo), who is forced to join a secret mission tasked by the National Intelligence Service while being involved in a drug-related plot concocted by Jeon Yo-hwan (Hwang Jung-min), a Korean drug lord in Suriname disguised as a Christian pastor.

"I was so impressed by the real story and the businessman who worked undercover to catch the drug kingpin in a Latin American country," Yoon said during a media interview Thursday. "I thought I needed enough time to create In-gu's character from the beginning in order to explain why this normal guy decides to take the undercover mission."

The six-part series starts with a summary of In-gu's entire life, struggling to survive in poverty after losing his parents at an early age and supporting two young siblings. His hardship continues and even increases after he gets married and has two children.

His live-or-die effort to earn money and become richer leads him to do business in Suriname, a distant and little-known country in South America. 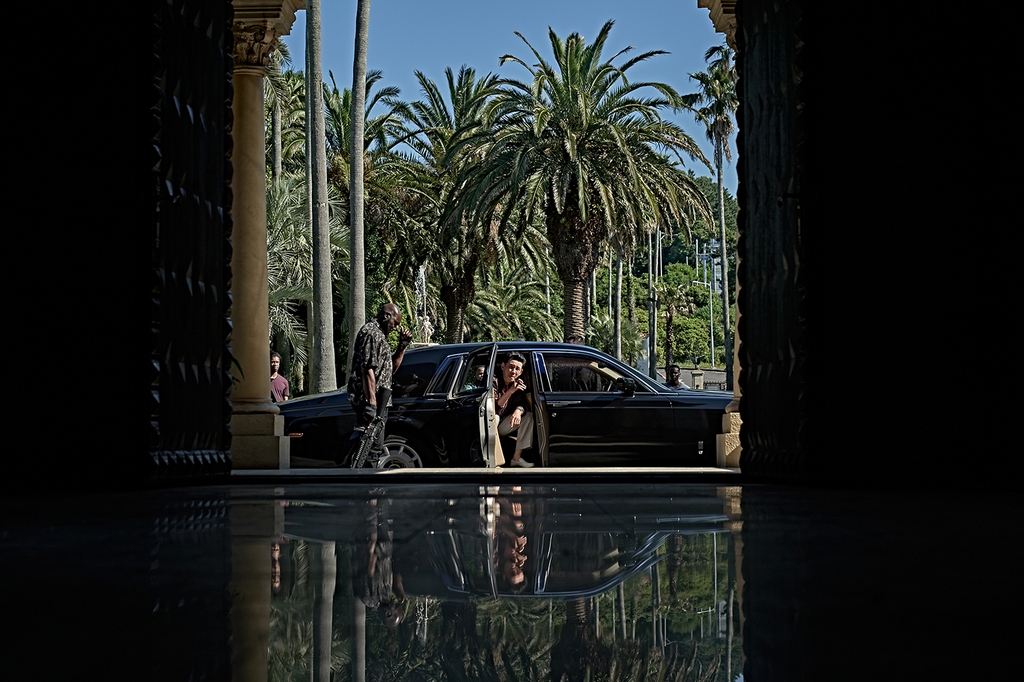 Yoon said the introductory explanation on In-gu in "Narco-Saints" aimed at portraying In-gu's strong endurance and determination and giving a plausible account of his choice. The director did not include many twists in order to follow the true story of the real-life businessman whose name has been withheld.

"When I first heard this story, I thought it didn't make any sense. I couldn't believe an untrained citizen did this dangerous operation," he said. "But when I met him for an interview, I just got it. He looked so strong and powerful that he could do anything in Suriname to survive."

But he said he has changed the character of the villain to a large extent to make the entire story more dramatic and exciting. He made Yo-hwan a pastor, who wins unconditional public confidence, to weave a complex story of In-gu asking for help from Yo-hwan after getting into trouble.

"In the real story, the two were just business partners. I couldn't understand why the businessman relied on the drug lord from the beginning," he said. "For a TV series, I needed to make their first encounter more dramatic and plausible and create some fictional events to push In-gu into a corner where he had to make an unprecedented revenge." 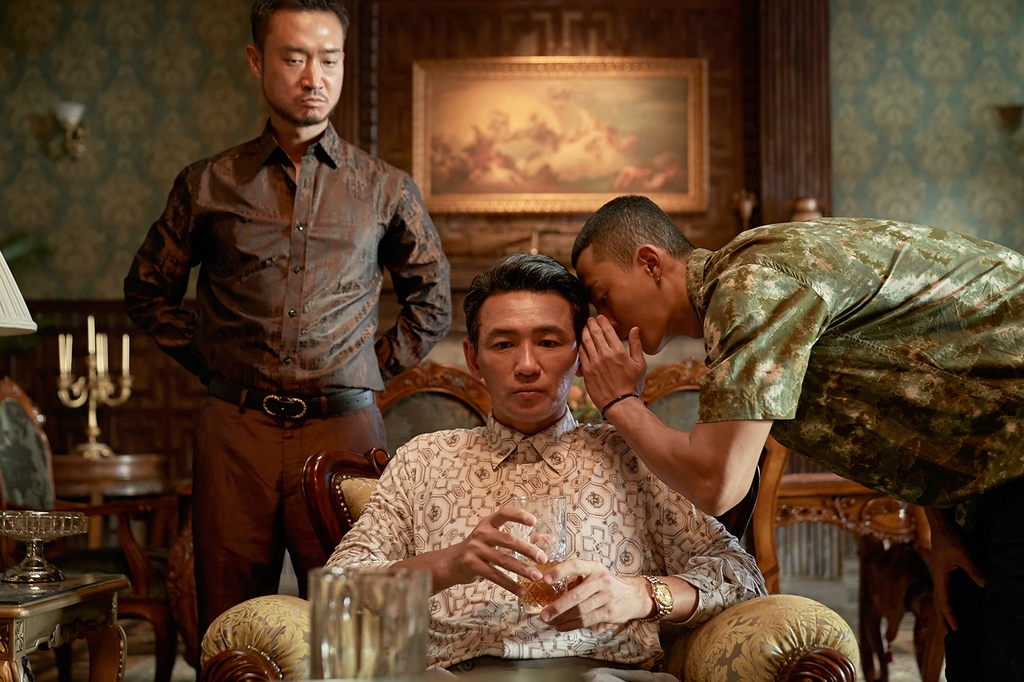 Since its official release last Friday, "Narco-Saints" has been gaining popularity in and out of the country.

It debuted at No. 5 on Netflix's weekly viewership chart for non-English TV shows, while it placed third on the daily top TV show table for Wednesday compiled by streaming analytics firm Flixpatrol.

Yoon, who made his first feature, "The Unforgiven," in 2004, said he was surprised with the larger-than-expected impact of the global online streaming platform.

"I'm pleased that lots of people have seen my work. Nearly all of my friends around me have seen it. The response has been much faster than that of films," he said. "I've received the most phone calls for the TV show than any other project since I made my directorial debut." 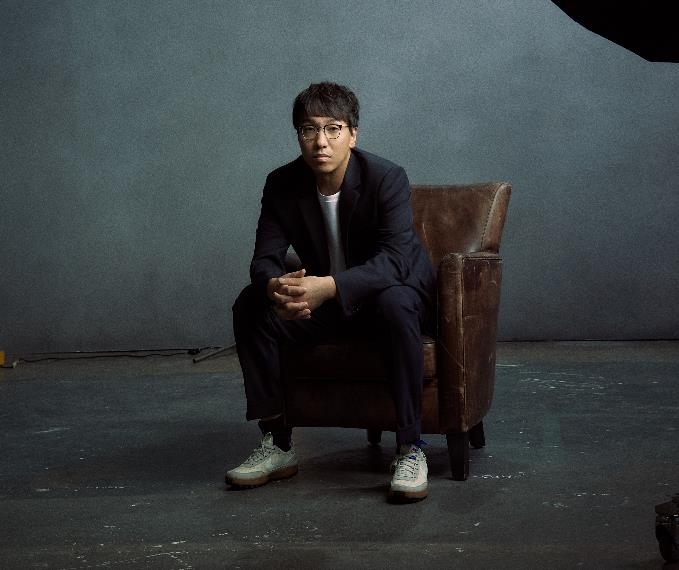