The number of employed people stood at 28.41 million in August, up 807,000 from a year earlier, according to the data compiled by Statistics Korea.

It is the highest on-year rise for any August since 2000, when the country added 848,000 jobs from the previous year.

The country's job market has improved markedly after being hit by the COVID-19 pandemic, with the number of employed people constantly rising since March last year.

The slowdown in the job growth came as South Korea is facing multiple economic challenges, such as high inflation and slowing growth, amid external uncertainties over the ongoing Russia-Ukraine War and global monetary tightening.

The country's jobless rate fell 0.5 percentage point on-year to 2.1 percent in August, the lowest level since the statistics agency adopted the current data compiling methods to analyze the job market in 1999.

The employment rate of people aged 15 and older rose 1.6 percentage points on-year to 62.8 percent in August, the highest for any August since the statistics agency began compiling related data in 1982, according to the data.

The number of economically inactive people -- those who are neither working nor actively seeking jobs and people outside the labor force -- reached 16.25 million in August, down 3.1 percent from a year earlier. It marked the 18th consecutive month of an on-year fall. 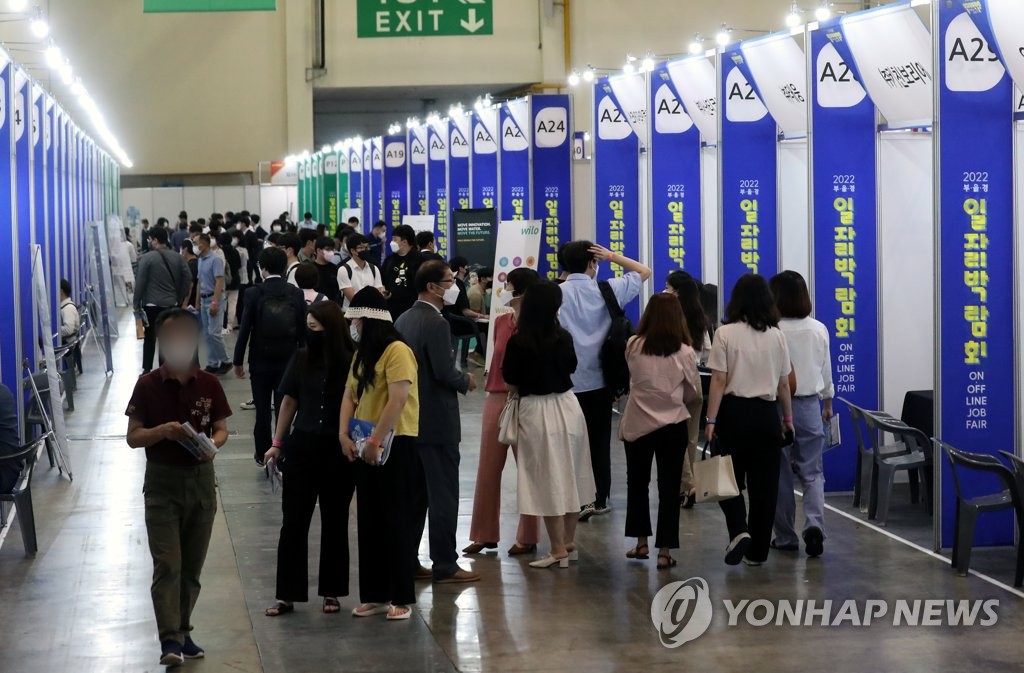 The number of permanent workers grew 907,000 on-year last month, while that of temporary workers and daily laborers fell 78,000 and 97,000, respectively.

The increase in job posts for older adults led the overall growth.

But the number of the employed among those in their 40s fell for the second consecutive month in August, the data showed.

But the construction field shed 22,000 jobs in August due mainly to unfavorable weather conditions, the data showed.

"The pace of the job market growth is forecast to slow down further, as economic uncertainties have grown over high inflation, interest rate hikes and their possible impact on consumption," First Vice Finance Minister Bang Ki-sun said.

The government will increase monitoring of the job market and devise various measures to spur the growth, such as easing regulations and nurturing new industries, he added.