The album, which hit music services at 1 p.m., has eight songs, including the lead single "Shut Down" and the prereleased track "Pink Venom."

"Pink Venom" has topped iTunes' top songs charts of 75 countries around the world upon its release on Aug. 19, and stayed atop the U.S. Billboard's Global 200 chart for two consecutive weeks. Its music video surpassed 300 million views on YouTube on Friday morning, only 28 days after its release, according to YG. 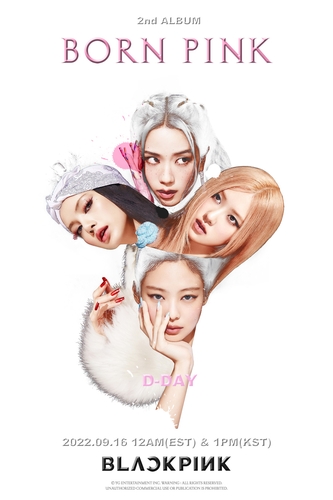 The album is expected to easily become the first-ever double million seller from any K-pop girl group as it has already surpassed 2 million copies in preorders. It is also drawing attention from the music industry as to whether it will create new K-pop girl group records on the Billboard 200 main albums chart.

As of 4 p.m., three hours after its release, the song had been at No. 6 of South Korea's largest music service Melon's Top 100 chart.