The value of investments made overseas by South Korean companies reached US$19.26 billion in the April-June period, up from $17.03 billion a year earlier, according to the data compiled by the finance ministry.

The ministry attributed the growth mainly to a low base effect, as the country had sought an economic recovery following the COVID-19 pandemic.

But the value of investment fell 25.7 percent on-quarter due to growing economic uncertainties around the world, including interest rate hikes and high inflation, the ministry said.

By sector, investment in the financial and insurance sector grew 22.1 percent to $7.33 billion, and that in the manufacturing sector jumped 75.4 percent on-year to $6.13 billion.

Investment in the real estate field went up 5.2 percent to $1.32 billion, and that in wholesale and retail sector climbed 16.7 percent to $1.17 billion.

By country, South Korea's direct investment in the United States rose 12 percent on-year to $7 billion, while that in China fell 23.5 percent to $1.22 billion

North America accounted for 41.2 percent of South Korea's total overseas direct investment in the second quarter, followed by Asian nations with 20.5 percent, according to the data. 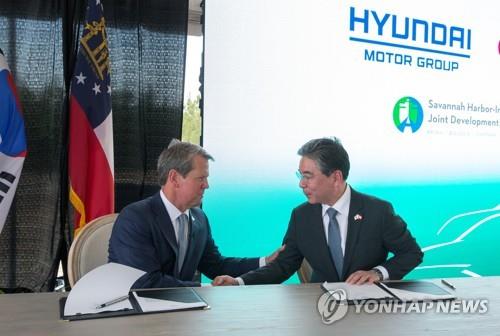