SEOUL, Sept. 16 (Yonhap) -- South Korea on Friday authorized the use of SKYCovione, a homegrown COVID-19 vaccine developed by SK Bioscience Co., for booster shots against the coronavirus in addition to its use as primary inoculations.

The decision was announced by Second Vice Health Minister Lee Ki-il at the meeting of the government's Central Disaster and Safety Countermeasure Headquarters.

Hospitals and clinics will be allowed to administer SKYCovione vaccines as third and fourth inoculations from Sept. 26.

The state-run Center for Infectious Disease Research said earlier this month it has confirmed SKYCovione's efficacy in neutralizing the BA.1 and BA.5 coronavirus omicron subvariants when used after two prior vaccine jabs.

SKYCovione is a recombinant-protein vaccine based on novel two-component nanoparticles that can maximize the immune effect. It was jointly developed with the Institute for Protein Design at the University of Washington. 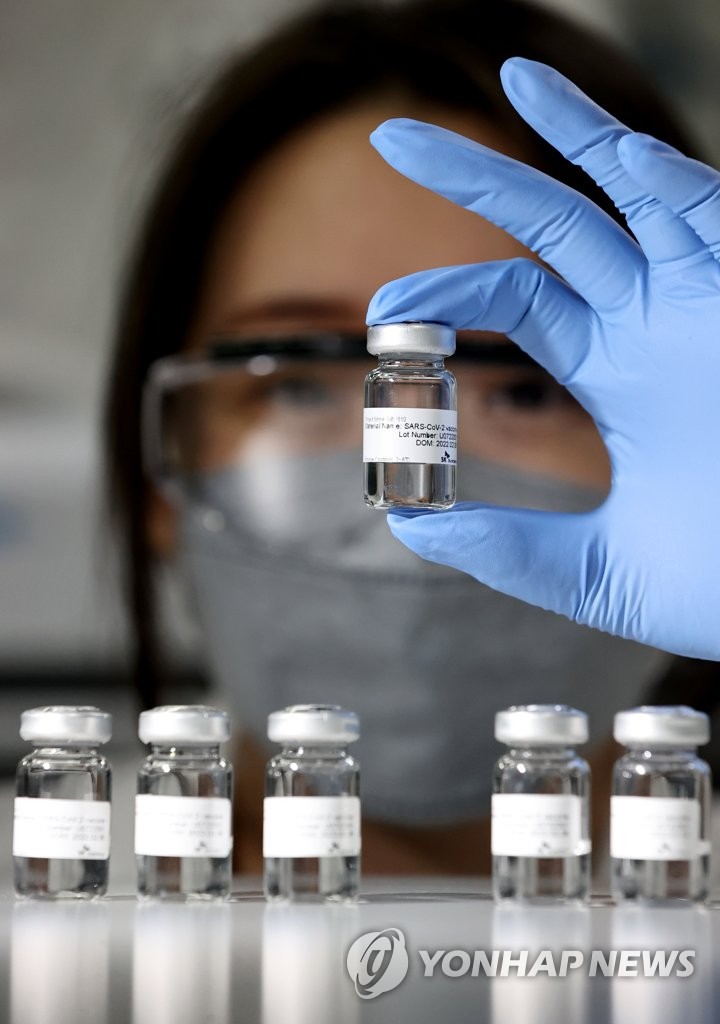