The IRA, signed by U.S. President Joe Biden in August, gives up to US$7,500 in tax credits to buyers of EVs assembled only in North America, sparking concerns that Hyundai Motor Co. and Kia Corp. will lose ground in the U.S. market, as they make EVs at domestic plants for export to the U.S.

The meeting, set to be held later in the day via teleconferencing, will bring together director-level and other relevant officials from the two nations, according to the Ministry of Trade, Industry and Energy.

Officials from the office of the U.S. Trade Representative (USTR) and the White House will also join the meeting, it added.

South Korea has made an all-out effort to seek measures to ease the concerns, and the two nations agreed last week to launch high-level talks during the meeting between Trade Minister Ahn Duk-geun and USTR Katherine Tai.

The Seoul government has sought to add its requirement to related guidelines, as it seems not possible to amend the law before the U.S. mid-term election in November.

Earlier in the day, Seoul's Deputy Trade Minister Jeong Dae-jin held a task force meeting with companies and experts on the issue, including Hyundai Motor and the Korea Automobile Manufacturers' Association, according to the ministry. 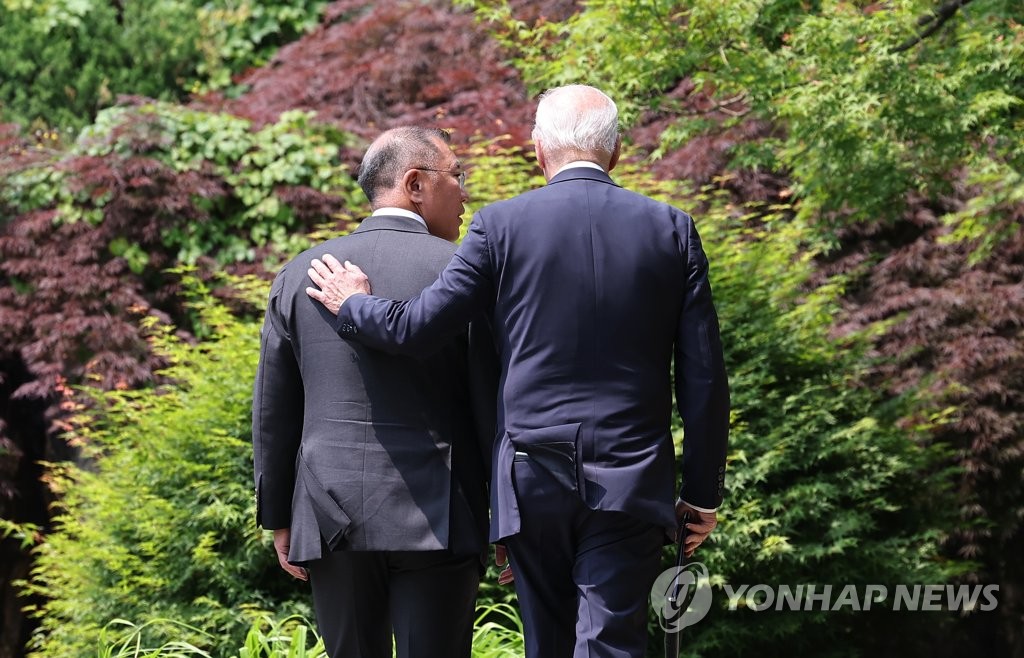