SEOUL, Sept. 16 (Yonhap) -- "Squid Game" creator Hwang Dong-hyuk said Friday he has no plan to cast Hollywood actors in the second season, for which he is now writing the script.

"I don't have any plans to cast famous foreign stars in the second season of 'Squid Game,' and this will not change," he said during a press conference in Seoul celebrating the survival series' six Emmy titles earlier this week. "I'm now working on the script for the next season, and it is set in Korea. No foreign casting roles are available."

He earlier mentioned the first season's lead Lee Jung-jae, who won best drama series actor at this year's Emmys, will reprise the role in the follow-up installment. 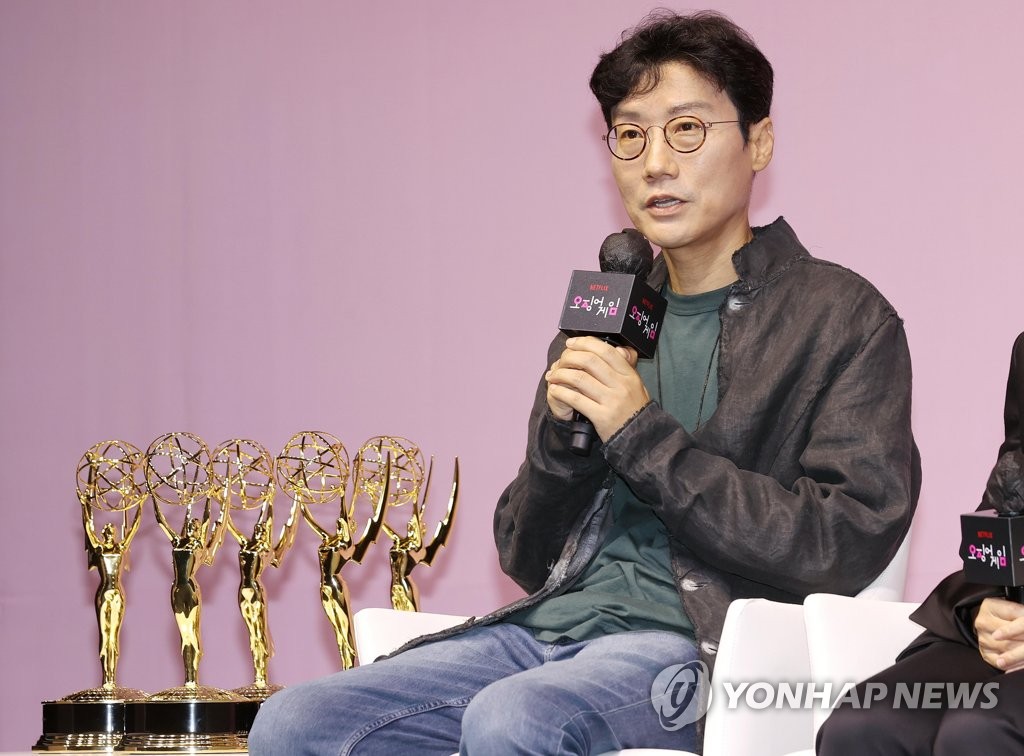 But he left open the possibility of foreign actors starring in the potential third season of Netflix's biggest hit show ever.

"I could change my mind if a third season is produced, and its set is changed to a different country," he said, adding the second season will start its production next year for possible release in 2024.

Produced, written and directed by Hwang, "Squid Game" made history at the 74th edition of the Emmy Awards whose ceremony for main categories was held Monday. The nine-part Netflix original about a deadly contest bagged six Emmy titles, including best director for Hwang and best drama series actor for Lee Jung-jae, becoming the first non-English TV show ever to win America's most prestigious TV awards. 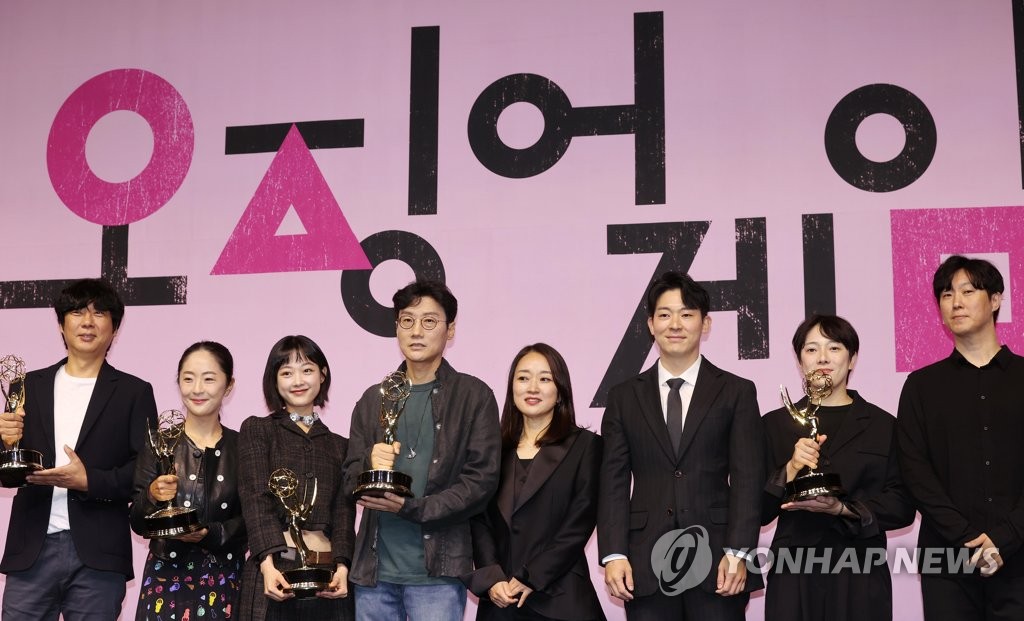 But the director, who has made critically acclaimed films, including the crime drama "Silenced" (2011) and the historical political movie "The Fortress" (2017), said the unprecedented achievements made by "Squid Game," his first small-screen project, aren't likely to add pressure to his work for the next season.

"I feel pressure every time I do my projects. It's like a close friend who's always with me," he said. "When making 'Squid Game: Season 1,' I was overwhelmed by stress and pressure, which also motivated me. So I just go with it."

The director said, however, the record-breaking reception of "Squid Game," which marked an unrivaled 1.65 billion hours of viewing in the first four weeks, will help him strike a better deal with Netflix before producing the new season.

The Netflix original's hot streak has sparked controversy in South Korea over the streamer's monopoly of the entire intellectual property of Korean-language shows the U.S. company invests in with no additional reward to local creators.

"Thanks to the tremendous success of 'Squid Game,' terms of the production contract for the next season will be more favorable," he said. "I'm in talks with Netflix for better conditions. Don't worry about it."

He said he is proud of being in the center of the current boom of Korean pop culture, ranging from film and TV series to music, represented by the Oscar-winning "Parasite" and K-pop sensation BTS. And he is confident that the ongoing prosperity will continue further for a long while.

"I always say that we, Korean creators, have been working hard to make something good and trying to let the outer world know our productions," he said. "Our constant efforts to make quality cultural goods are now recognized by the world, coinciding with a change in the media landscape." 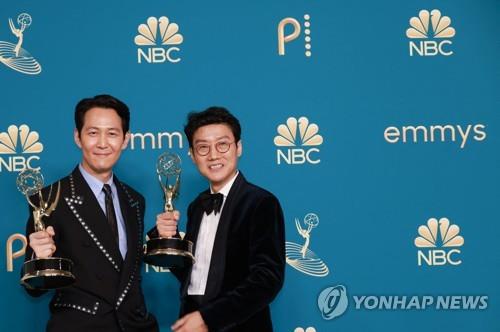