SEOUL, Sept. 18 (Yonhap) -- Tottenham Hotspur's Son Heung-min has scored his third career hat trick in the Premier League, breaking out of a seasonlong slump in style despite coming off the bench in the second half.

Son became the first Spurs player to complete a trifecta as a substitute, as he helped the club to a 6-2 rout of Leicester City at Tottenham Hotspur Stadium in London on Saturday (local time). Only six others in Premier League history have scored a hat trick off the bench.

These were Son's first three goals of the season in all competitions. The 30-year-old South Korean had been held without a marker in six Premier League matches and two UEFA Champions League matches prior to the outburst. 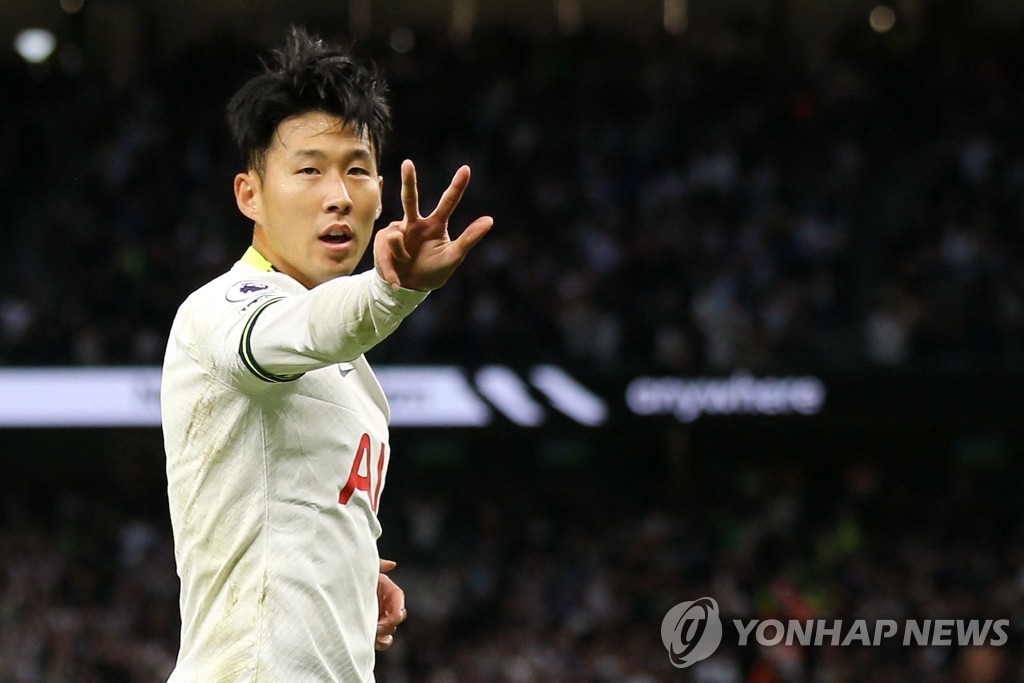 Son's previous hat trick came in April against Aston Villa during the 2021-2022 season, when he went on to become the joint winner of the Golden Boot as the Premier League's co-leading scorer with Mohamed Salah of Liverpool.

Son told reporters afterward that while he had been frustrated with his performance, he wasn't overly concerned.

"I knew goals were coming," Son said. "My finishing has been poor this season. I've also been a little bit unlucky with an own goal, two offside goals and hitting the crossbar. The way I played, I could do much better than what I did the last couple of games and to start the season. Now, we got the great win and got the match ball. My frustration is going away."

Amid Son's extended scoring drought, Tottenham head coach Antonio Conte kept the forward on the bench at the start of Saturday's match. The last time Son didn't get a start in a Premier League contest had come in April 2021 against Newcastle United.

Spurs and Leicester City were knotted at 2-2 at halftime, before Rodrigo Bentancur put the home team ahead with a right-footed shot from outside the box. 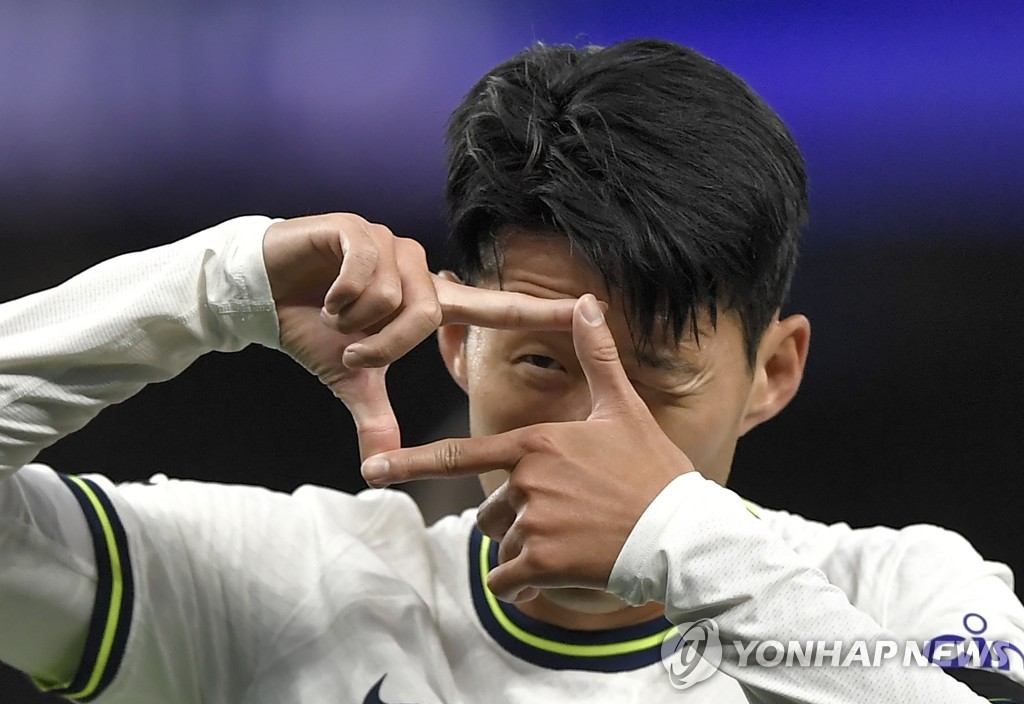 Son came on in place of Richarlisson in the 59th minute and his one-man show began in the 73rd minute, with a thunderous right-footed strike from the top of the arc with two defenders in front of him.

From nearly the same spot 11 minutes later, Son got his second goal, this time a curler off his left foot to the top left corner.

Son capped off his memorable match in the 86th with a fast-break goal from the left side of the box, assisted by Pierre-Emile Hojbjerg. Son raised three fingers to celebrate the occasion.

The goal was subjected to video review for a possible offside call, but the initial decision was confirmed. 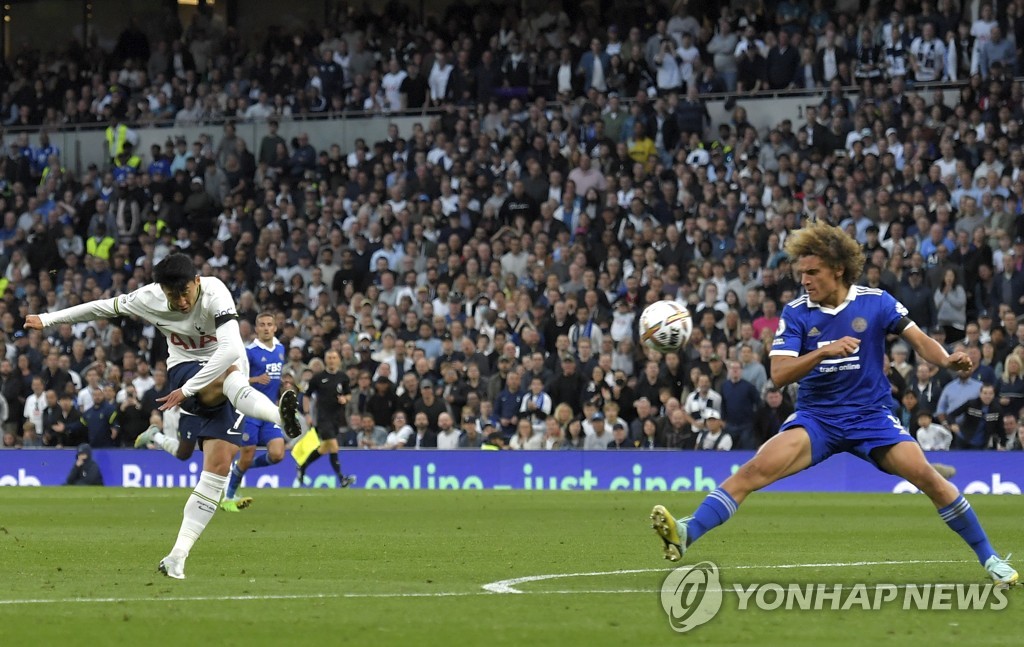 "I was pretty sure I was onside for the hat trick. I'm glad I've been able to help the team. That's really important," Son said. "I've always had great supporters, teammates and coaches behind me. I'm getting emotional (about the support) to be honest. There has been amazing support, and I've always felt like I've disappointed my teammates and fans with my performances."

Spurs remained undefeated this season in the league with five wins and two losses. They have the identical record with Manchester City but sit in second place because they trail the leaders in goal difference, plus-17 to plus-11.

Son will now report to the South Korean national team for training camp this week, in preparation for World Cup tuneup matches against Costa Rica on Friday and Cameroon on Sept. 27. 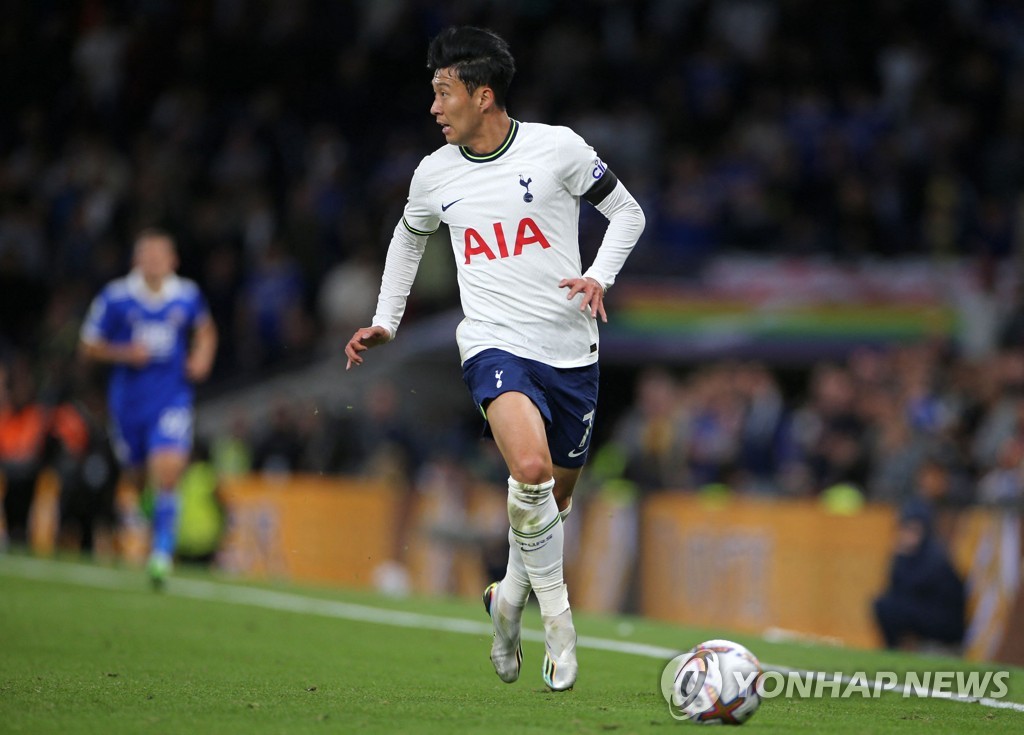