SEOUL, Sept. 18 (Yonhap) -- Jeju Air Co., South Korea's leading budget carrier, said Sunday it has signed an initial pact with an Indonesian provincial government for a partnership to open a new route between the two countries.

Jeju Air has signed a memorandum of understanding with North Sulawesi Province to explore opportunities to offer flights to the Southeast Asian country, the company said in a statement.

The Indonesian government aims to develop new tourism sites to attract travelers from around the world under the "10 New Bali's" policy.

The budget carrier used to operate 45 B737-800NG chartered planes on 87 routes, including six domestic routes, before the pandemic. The number of planes has fallen to 39.

The low-cost carrier posted net losses for three consecutive years through 2021 amid the pandemic.

The addition of a new route and planes will also help put Jeju Air back on track though it depends on how much travel demand will recover later this year, Jeju Air CEO Kim E-bae said in June. 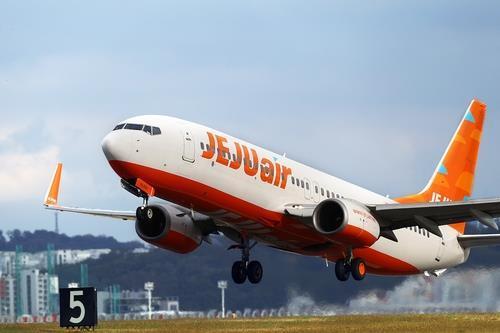