SEOUL, Sept. 19 (Yonhap) -- KARA, a girl group that was hugely popular in the late 2000s and early 2010s, will be back to the music scene in November with its first album in seven years, its agency said Monday.

The band, which debuted in 2007, had been one of the top second-generation K-pop girl groups along with Girls' Generation with hit songs such as "Pretty Girl," "Mister," "Honey" and "Lupin" before practically being disbanded in January 2016.

It also garnered a large following in Japan after "Mister" made a big hit in the country.

The group last released a whole-group album in May 2015, when its seventh EP "In Love" came out. It will involve members Gyuri, Seungyeon, Youngji as well as Nicole and Jiyoung, who both left the group in 2014.

The upcoming album will be released in celebration of the band's 15th anniversary, RBW said.

"Since it's an album prepared for fans who have sent love and support with a consistent heart for a long time, we want to enjoy the album full of happy and sunny energy with fans like a festival," KARA said through the agency. 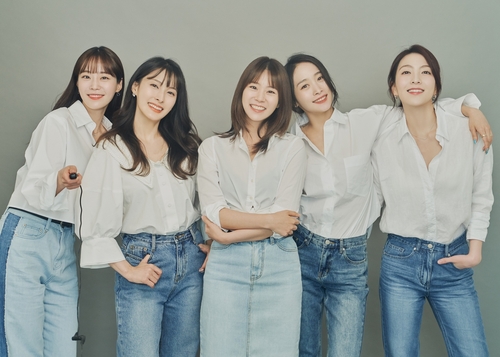 KARA to make a comeback after seven years of inactivity

KARA to make a comeback after seven years of inactivity