Joo beat two-term lawmaker Lee Yong-ho with 61 out of 106 votes at a general meeting of PPP lawmakers.

Joo will serve as floor leader until April 2023.

His election came less than a month after a court suspended his duties as the PPP's emergency leadership committee chair on Aug. 26, a decision seen as a victory for former party Chairman Lee Jun-seok in a duel against mainstream PPP members close to President Yoon Suk-yeol.

The PPP, however, has yet to completely overcome the crisis, as Lee has filed another injunction suit against Chung's leadership. The Seoul Southern District Court is set to hold a hearing on the case later this month.

"Our priority is to stabilize the party situation," Joo said, adding he will also work to restore people's trust in the party by focusing on issues like narrowing the gap between rich and poor, and supporting socially vulnerable people.

Joo is considered a moderate conservative politician less close with Yoon compared with former floor leader Rep. Kweon Seong-dong. Kweon is considered one of the core members of the party faction close to Yoon, known as "Yoonhaekgwan" in Korean.

Yoonhaekgwan has been at the center of a row between the president and ousted PPP Chairman Lee. 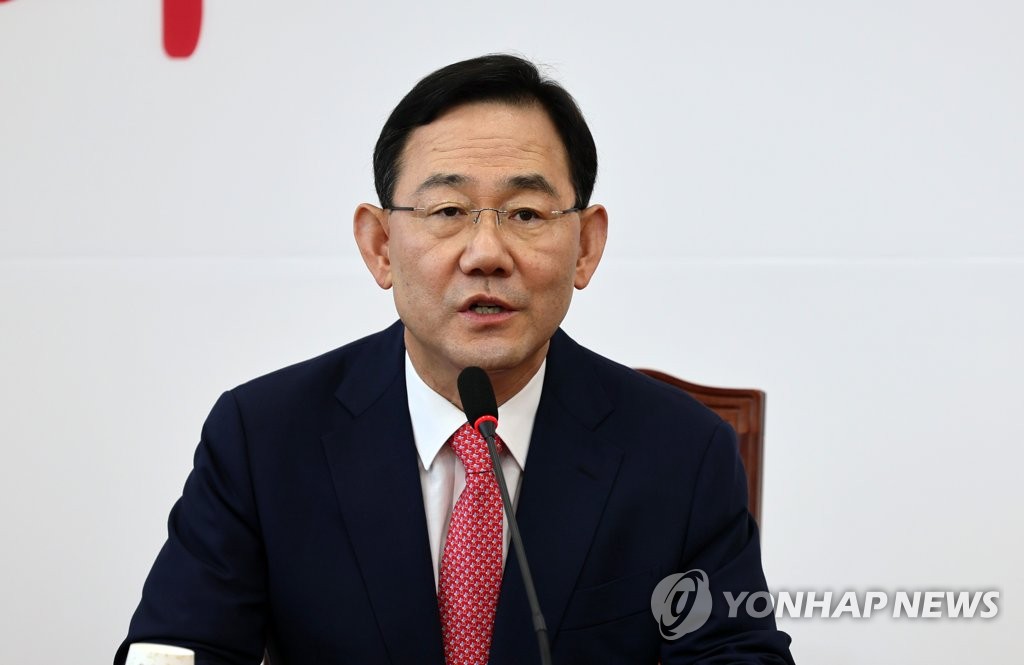