SEOUL, Sept. 19 (Yonhap) -- A U.S. nuclear-powered aircraft carrier is scheduled to visit South Korea later this week for its first combined drills with the South Korean Navy near the peninsula in five years, in a show of the allies' "firm resolve" against North Korean threats, Seoul officials said Monday.

The USS Ronald Reagan carrier strike group is set to arrive at a naval base in Busan, 390 kilometers south of Seoul, on Friday, as the allies are sharpening security coordination amid concerns about the possibility of the North conducting a nuclear test or other provocations.

"By conducting combined drills, the Navies of the two countries plan to strengthen their military readiness and demonstrate the firm resolve of the South Korea-U.S. alliance for peace and stability on the Korean Peninsula," the Navy said in a press release.

The USS Annapolis, a nuclear-powered submarine, will also take part in the allies' drills, according to a South Korean government source.

It is, however, unclear whether the submarine's arrival at the base, if it makes a stop at all, will be made public, considering that U.S. nuclear-powered submarines have previously been deployed to the region mostly in secret.

When asked about the submarine's participation in the drills, the South Korean Navy declined to comment, while an official at the U.S. Forces Korea said it could not be confirmed at the moment.

The carrier previously engaged in an allied exercise in a South Korean operational area in November 2017 when tensions rose in the wake of the North's sixth nuclear test in September of the same year.

Its upcoming deployment comes after an agreement from the Seoul summit between President Yoon Suk-yeol and his U.S. counterpart, Joe Biden, in May. The leaders reaffirmed the commitment of the U.S. to deploying strategic U.S. military assets in a "timely and coordinated manner as necessary." 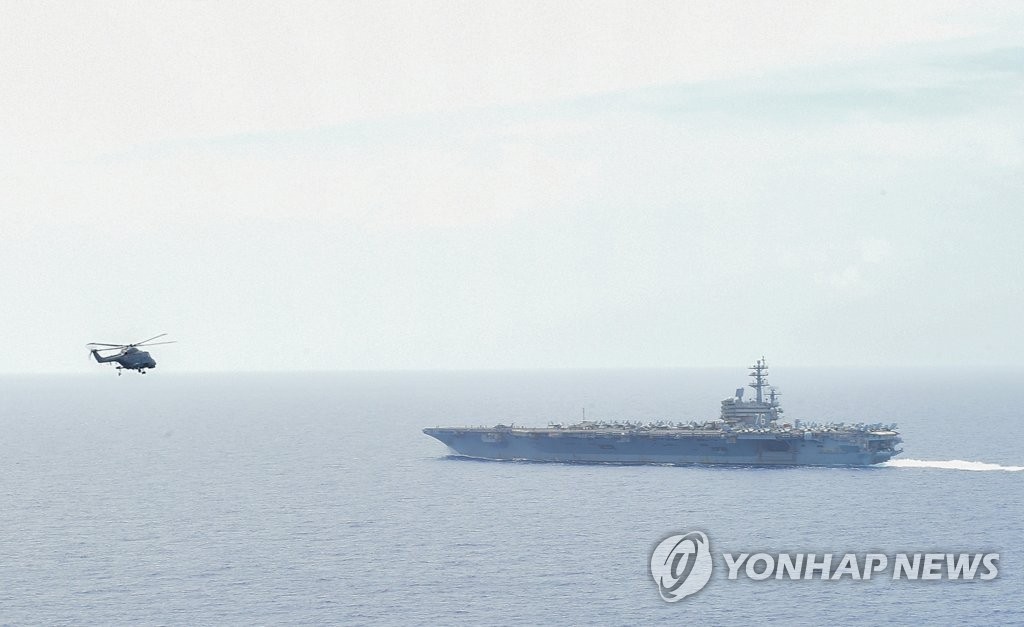 (LEAD) USS Ronald Reagan due in S. Korea for first allied drills off its coast in 5 yrs

(LEAD) USS Ronald Reagan due in S. Korea for first allied drills off its coast in 5 yrs