Crush also unveiled part of the tune combining a funky sound and sensitive voice and teased the song's music video featuring J-Hope on the same day.

Debuting in 2012 with the single "Red Dress," Crush is best known for songs such as "Sometimes" and "Burmuda Triangle."

J-Hope became the first BTS member to debut as a solo artist in July, when he dropped "More." 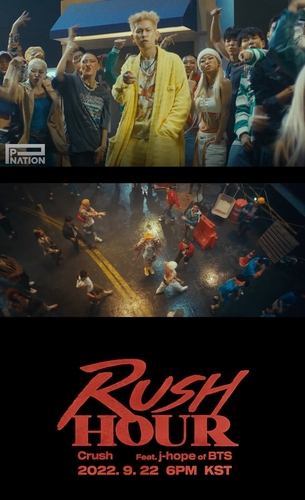 Crush to collaborate with J-Hope for new single

Crush to collaborate with J-Hope for new single