Jim Small, MLB's senior vice president of international operations, made the announcement on Monday in the southeastern city of Busan, which will host the first two games of the MLB World Tour.

Sajik Baseball Stadium here will hold the first game between MLB players and Korea Baseball Organization (KBO) stars at 6:30 p.m. on Nov. 11 and then the second game at 2 p.m. on Nov. 12. 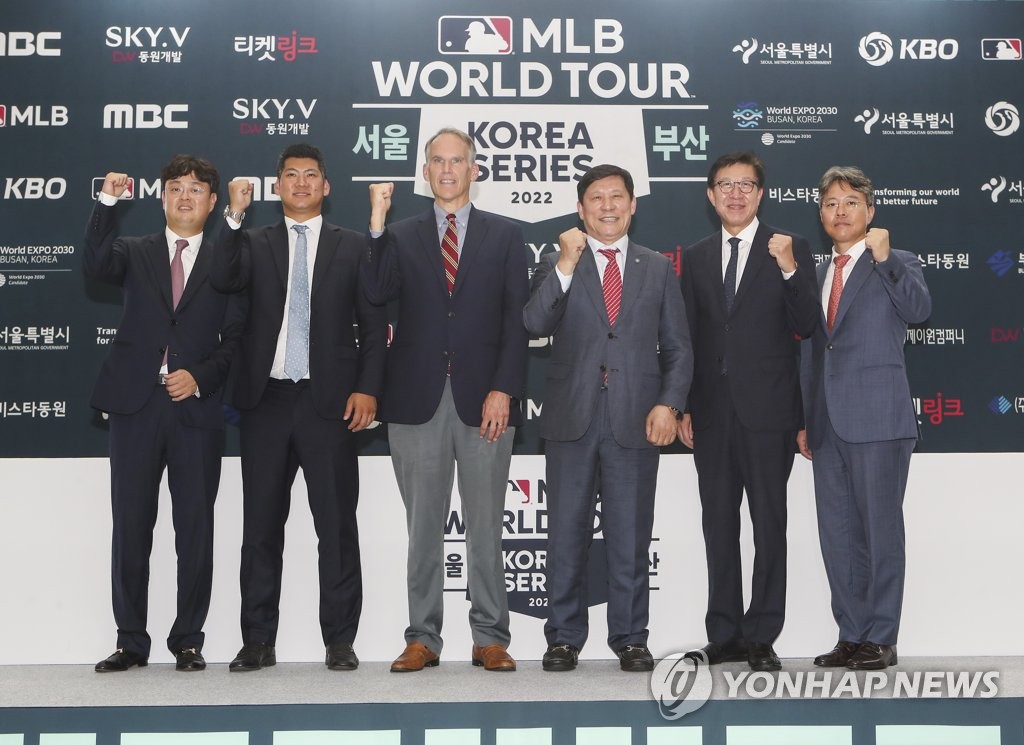 This will be the first series of games by an MLB All-Star squad on South Korean soil since 1922.

Matheny, a four-time Gold Glove winner as catcher, previously managed the St. Louis Cardinals from 2012 to 2018.

Small said the MLB side will have 28 players but he was not yet ready to name any of them yet.

"When we have games like this internationally, there is a lot of behind-the-scene work that needs to take place before we officially move forward," Small said at a press conference at Busan City Hall. "We finished discussions with our players association and reached verbal agreement about 10 days ago. We went to the players and the team and were met with overwhelming interest. We now have to work on details with those players, things like club permission and the insurance for bringing those players."

Small said MLB should be able to announce the roster "in the next few weeks" and added that the team will be "full of names that our fans here in Korea will know."

"I can tell you that we have had strong interest from Hall of Fame-type players, Korean players, young superstars. There's a lot of interest in our players to be able to come and represent Major League Baseball in this historic game." 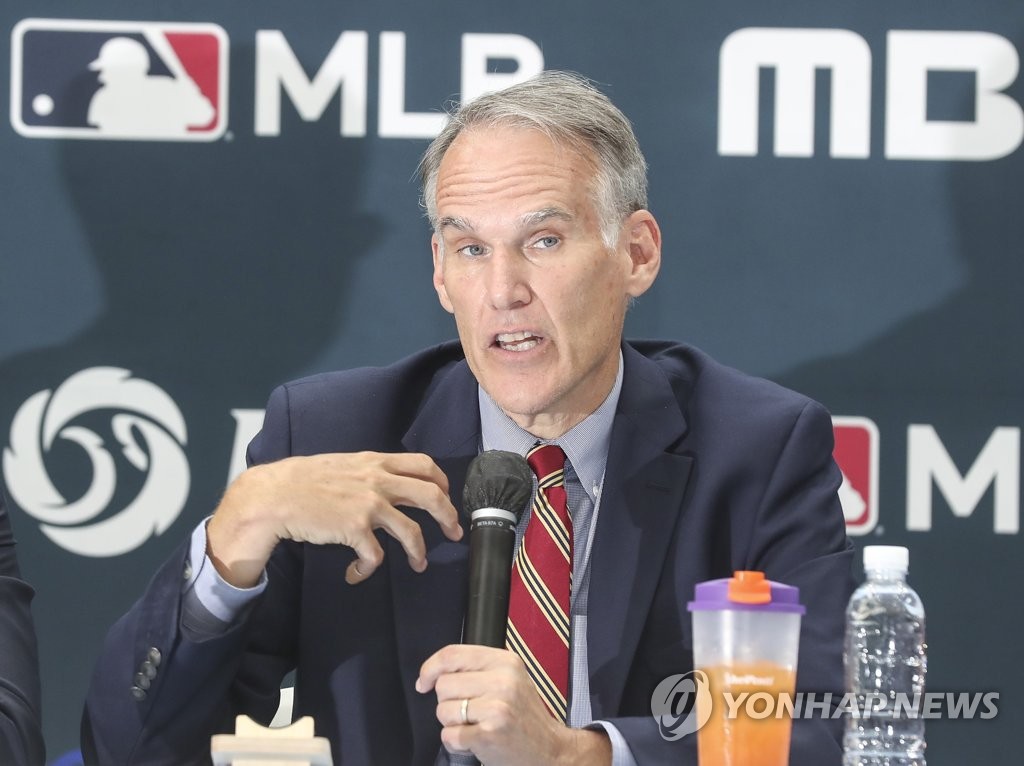 The KBO will send out two different rosters for the series, its commissioner Heo Koo-youn said. The opening game will feature a team made up of players from three clubs based in and around Busan: the Lotte Giants, the NC Dinos and the Samsung Lions.

For the final three games, a KBO All-Star team, with players picked from all 10 teams, will take on MLB players.

Heo said Lee Kang-chul, manager of the KT Wiz who will be the national team skipper at next year's World Baseball Classic, will be at the helm of that All-Star squad.

The KBO, too, was not yet prepared to name its 28-man roster. Heo said the league will first have to name the coaching staff for Lee before finalizing the squad.

"Hopefully, we will have all the best players in action," Heo said. "It's not going to be easy to bring everyone on board after the end of the postseason but I believe the players will cooperate." 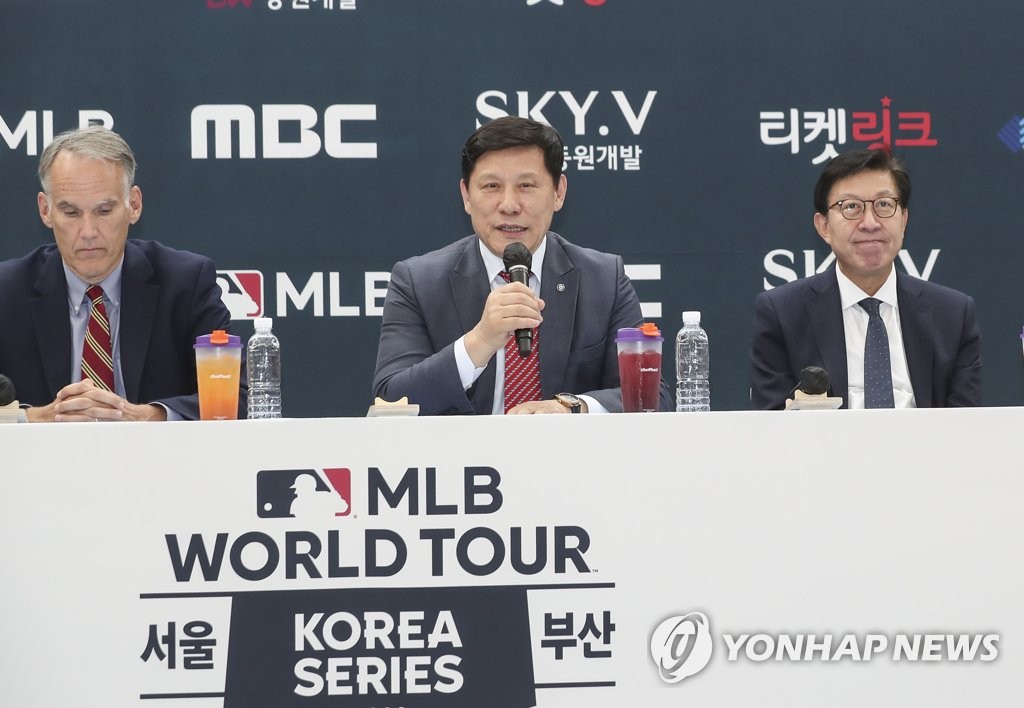