SEOUL, Sept. 19 (Yonhap) -- A text conversation between senior members of the ruling People Power Party (PPP) discussing the possibility of expelling former Chairman Lee Jun-seok was caught on press cameras Monday, raising speculation the party may hand down the heaviest disciplinary action in an upcoming meeting.

The conversation was caught one day after the PPP began a second disciplinary process against Lee for making remarks hurting his own party. In the first disciplinary action in July, Lee saw his membership suspended for six months over the sexual bribery allegations.

Following the revelations, Chung claimed the conversation took place on Aug. 13 before he took over as chair of the emergency committee and had nothing to do with the ongoing disciplinary action against Lee.

The protracted row was seen as a duel largely between Lee and key confidantes of President Yoon Suk-yeol.

After Lee was suspended, the party formed an emergency leadership committee. The move was seen as aimed at removing Lee as party leader, because the emergency committee replaced the then Supreme Council led by Lee, who was automatically removed from office.

The party did not back down and launched a new emergency committee led by Chung. 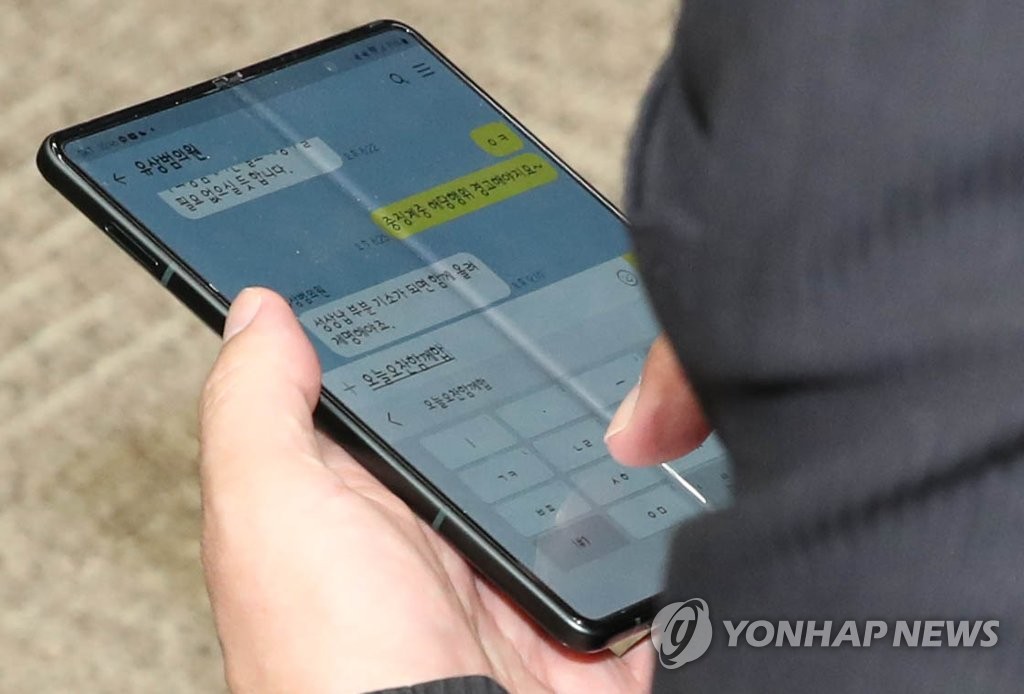