NEW YORK/SEOUL, Sept. 20 (Yonhap) -- The top diplomats of South Korea and Japan had a bilateral meeting in New York on Monday (local time), Seoul's foreign ministry said amid reports that the leaders of the neighboring countries may hold summit talks on the sidelines of an annual U.N. General Assembly session.

In their 50-minute talks, South Korean Foreign Minister Park Jin and his Japanese counterpart, Yoshimasa Hayashi, discussed a range of issues of mutual concern, including bilateral relations that have been long strained due to disputes over shared history.

They exchanged opinions on the thorny matter of compensating Korean forced labor victims during Japan's 1910-45 colonial rule of the Korean Peninsula, a foreign ministry official said on background.

Park called for Tokyo's sincere efforts to resolve such a pending bilateral issue. President Yoon Suk-yeol may also have a separate summit with Prime Minister Fumio Kishida in New York this week, as they plan to attend the 77th session of the General Assembly. If held, it would mark the first formal summit talks between the leaders of the two sides in nearly three years. 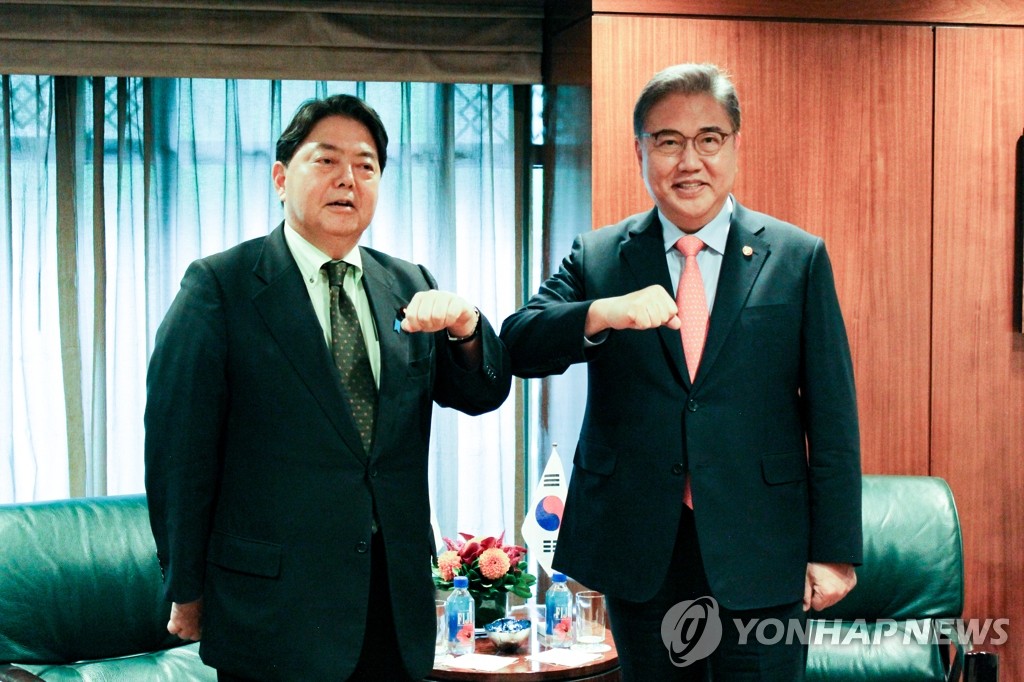