The New York visit, the second stop on Yoon's three-nation swing, follows his attendance at Queen Elizabeth II's state funeral in London and comes ahead of a summit with Canadian Prime Minister Justin Trudeau in Ottawa. 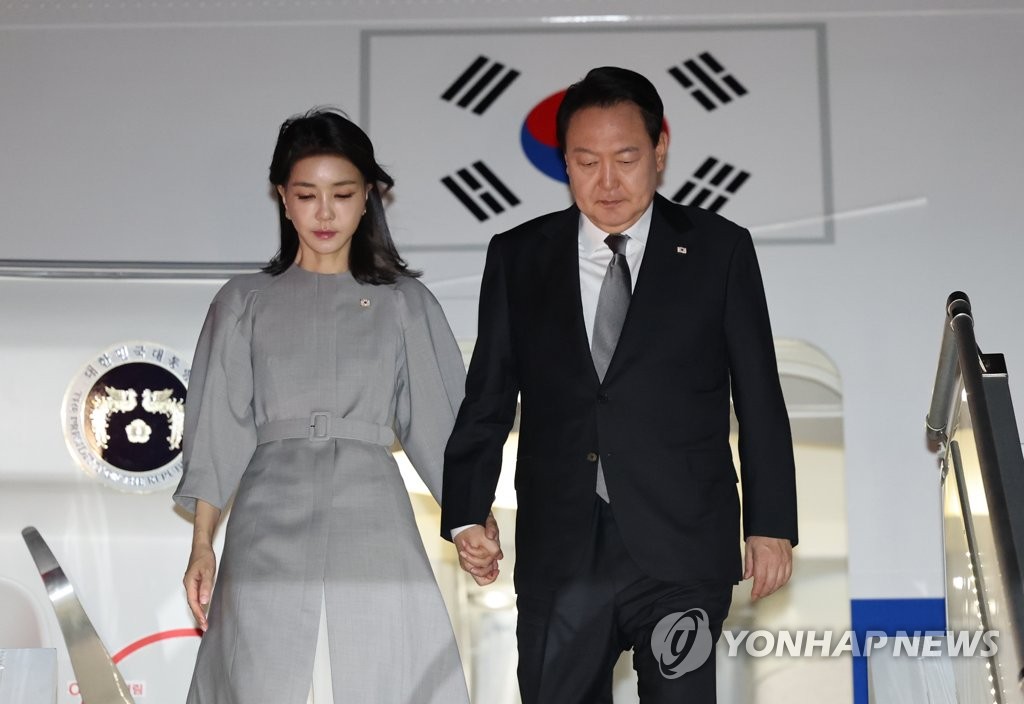 Yoon will stay in the city for four days and deliver his first address to the U.N. General Assembly on Tuesday before engaging in bilateral meetings with U.S. President Joe Biden, Kishida and U.N. Secretary-General Antonio Guterres, among others.

Yoon will make his debut on the U.N. stage with a speech outlining his vision for increasing solidarity among freedom-loving nations, according to his office. The speech will also likely underscore South Korea's commitment to defending peace against the threat of nuclear weapons and other weapons of mass destruction, together with allies such as the United States.

"President Yoon Suk-yeol's message will be a call for nations sharing the value of freedom to band together around the U.N.," National Security Adviser Kim Sung-han told reporters in New York. "In other words, only when countries that are economically and technologically rich actively help those countries that are not, can we produce a win-win situation."

Kim recalled that South Korea was once a poor country with an income per capita of less than US$100 but rose to become a top 10 economy thanks to the trust and support of the United States and other freedom-loving nations.

"A call to establish such a good precedent at this moment in time together with the U.N. will be the precise message of President Yoon Suk-yeol," he said.

Following the address, Yoon will have lunch with former World Bank President Jim Yong Kim, meet with Guterres to discuss North Korea and ways to strengthen cooperation between South Korea and the U.N., and then hold a dinner meeting with Korean residents in New York together with first lady Kim Keon-hee, according to his office.

The first lady has been accompanying her husband on the three-nation trip.

The meeting with the Japanese prime minister will be the first summit between the two nations since December 2019, raising hope of improving relations badly frayed over wartime forced labor and other issues related to Japan's 1910-45 colonial rule of the Korean Peninsula.

Details of the meeting, including the date and agenda, have not been confirmed, but South Korean officials maintain it will go ahead as agreed upon. Japan, meanwhile, has expressed reservations about holding a summit before progress is made on the issue of compensation for Korean forced labor victims, according to Japanese news reports.

Yoon and Kishida met during the North Atlantic Treaty Organization (NATO) summit in Madrid in June, including in trilateral talks with Biden, but did not sit down for one-on-one talks.

The meeting with Biden will be Yoon's second since taking office in May, following their summit in Seoul that month.

The two are expected to discuss the implementation of agreements reached during the May summit but also address South Korea's concerns about the recently passed U.S. Inflation Reduction Act.

The law excludes electric vehicles assembled outside North America from tax incentives, raising concerns it will act as a significant trade barrier for Korean-made cars.

Yoon's itinerary also includes various sessions with academics, scientists and businesspeople, and a reception hosted by Biden at the American Museum of Natural History on Wednesday. 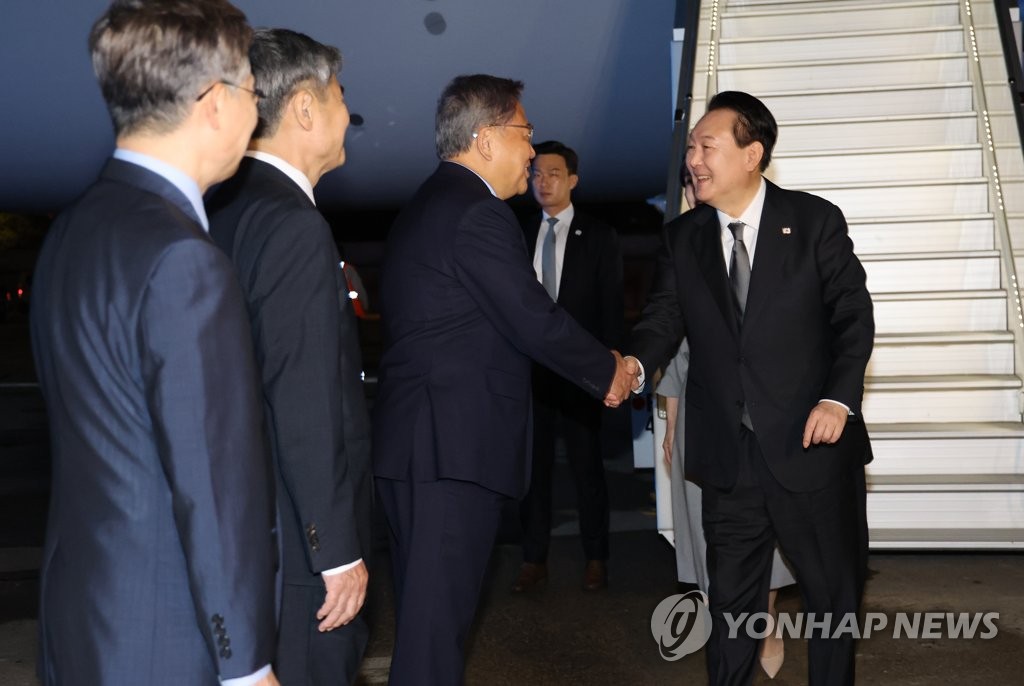 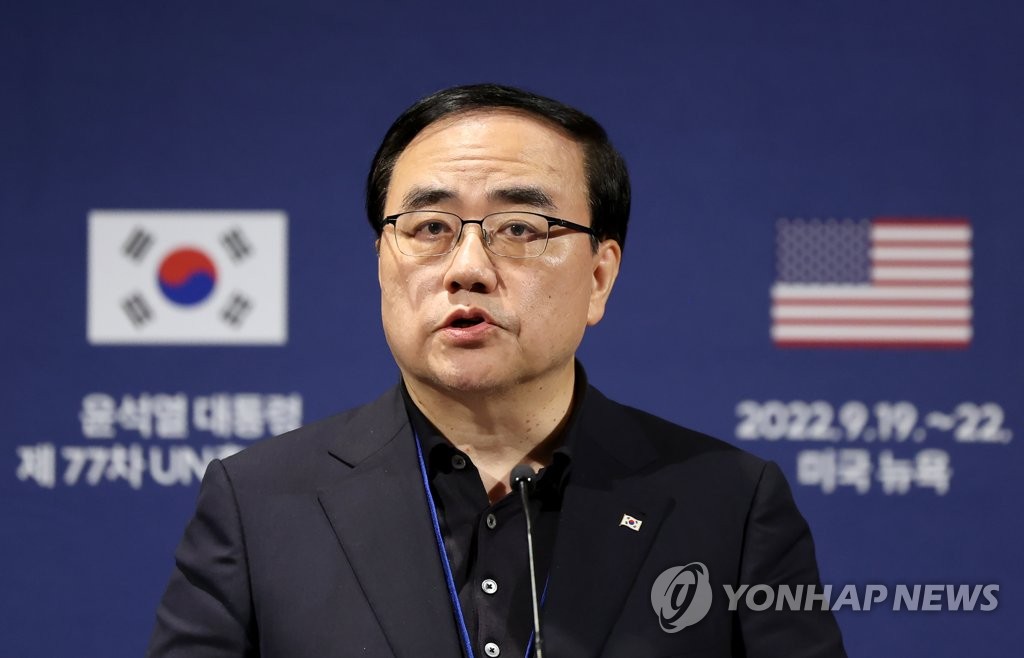