The Inflation Reduction Act, signed by U.S. President Joe Biden in August, gives up to US$7,500 in tax credits to buyers of EVs assembled only in North America, sparking concerns that South Korean carmakers will lose ground in the U.S. market, as they make EVs at domestic plants for export to the U.S. 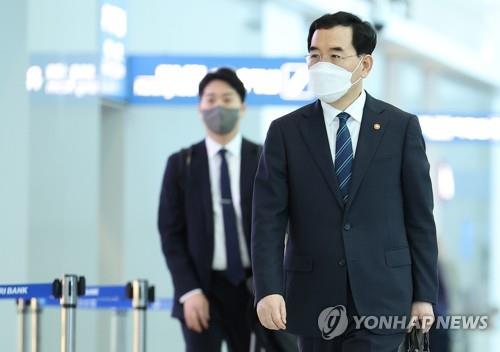 During the two-day visit from Tuesday, Lee plans to meet with U.S. Commerce Secretary Gina Raimondo, and other government and Congress officials to deliver concerns by the South Korean government and the industry circle regarding the discriminatory rules, and to urge practical steps, according to the Ministry of Trade, Industry and Energy.

South Korea has made an all-out effort to seek measures to ease the concerns. Trade Minister Ahn Duk-geun visited the U.S. earlier this month for meetings with U.S. Trade Representative Katherine Tai and other senior U.S. officials following a South Korean government delegation's trip to the U.S. regarding the matter.

Seoul has sought to add its requirement to related guidelines, as it seems not possible to amend the law before the U.S. mid-term election in November, according to officials.

Lee will also have consultations on potential impacts of Washington's Chips and Science Act, and Biden's executive order on bolstering its bio sectors on South Korean companies.

The chips bill calls for tax credits for corporate investment in semiconductor manufacturing in the U.S., but the "guardrails" in the legislation ban recipients of tax credits and other benefits from making a fresh investment regarding chips in China for 10 years.

Biden's National Biotechnology and Biomanufacturing Initiative is meant to ensure all bio items invented by the U.S. are made at home in a move to create jobs and build stronger supply chains.

"The minister will stress that closer consultation is needed between the two nations on such key industry issues to enhance cooperation on supply chains, and to expand bilateral trade and investment," the ministry said in a statement.

Following the two-day visit, Lee plans to visit New York and Canada, according to the ministry. 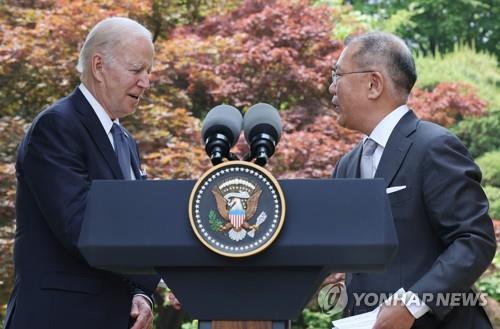