The country's outbound shipments stood at US$32.96 billion in the Sept. 1-20 period, compared with $36.11 billion a year earlier, according to the data from the Korea Customs Service.

Imports grew 6.1 percent on-year to $37.06 billion during the cited period, resulting in a trade deficit of $4.11 billion.

The number of working days during the period came to 13 days, with the comparable figure for last year coming to 14.5 days.

The country had a four-day Chuseok holiday, or the Korean fall harvest celebration, from Sept. 9. 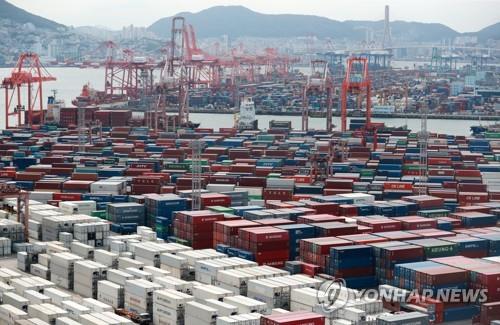 Exports down 8.7 pct during first 20 days of September

Exports down 8.7 pct during first 20 days of September