The presidential official also told reporters in New York there were few details to share regarding an expected summit between Yoon and Japanese Prime Minister Fumio Kishida but that any progress in terms of whether it will be held would be announced.

"U.S. President Biden's diplomatic schedule in New York has been reduced due to his sudden attendance at (Queen Elizabeth II's) state funeral and domestic political schedules in the U.S.," the official said.

"Despite that, we expect a meeting between the South Korean and U.S. leaders to take place in whatever format. If the schedule for their meeting is fixed, we will let you know right away," the official added. 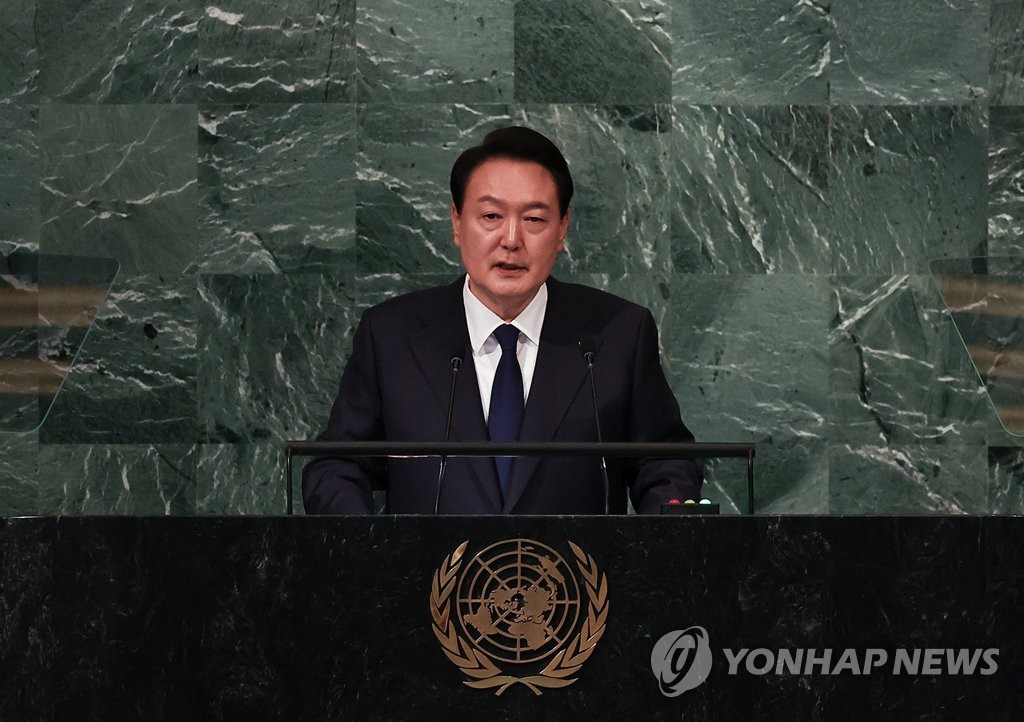 The presidential office had initially said Yoon would hold bilateral summits with both Biden and Kishida on the sidelines of the U.N. General Assembly currently under way.

The details of both meetings have not been confirmed, while Japan has reportedly balked at South Korea announcing the summit before both sides had fully agreed to it.

The meeting with Kishida would be the first summit between the two countries since December 2019, raising hope of improving relations badly frayed over wartime forced labor and other issues related to Japan's 1910-45 colonial rule of the Korean Peninsula.

"We will explain as soon as there is progress in the situation regarding the South Korea-Japan summit," the presidential official said.

"The presidential office's stance of making no additional comment remains," another official said.

Meanwhile, Yoon will hold a summit with German Chancellor Olaf Scholz later Wednesday and discuss ways to improve the bilateral relationship and economic issues such as securing stable supply chains, his office said.

Yoon, Biden expected to hold talks 'in whatever format' in New York

Yoon, Biden expected to hold talks 'in whatever format' in New York