Finance Minister Choo Kyung-ho made a verbal warning as the Korean won dipped below the 1,400 mark against the U.S. dollar for the first time in more than 13 years following the Federal Reserve's sharp rate hike.

"By mobilizing all possible means, the government will sternly deal with (the herd behavior) in a decisive and swiftly manner, when needed," Choo told reporters after a meeting with the chief of the central bank and top financial regulators. 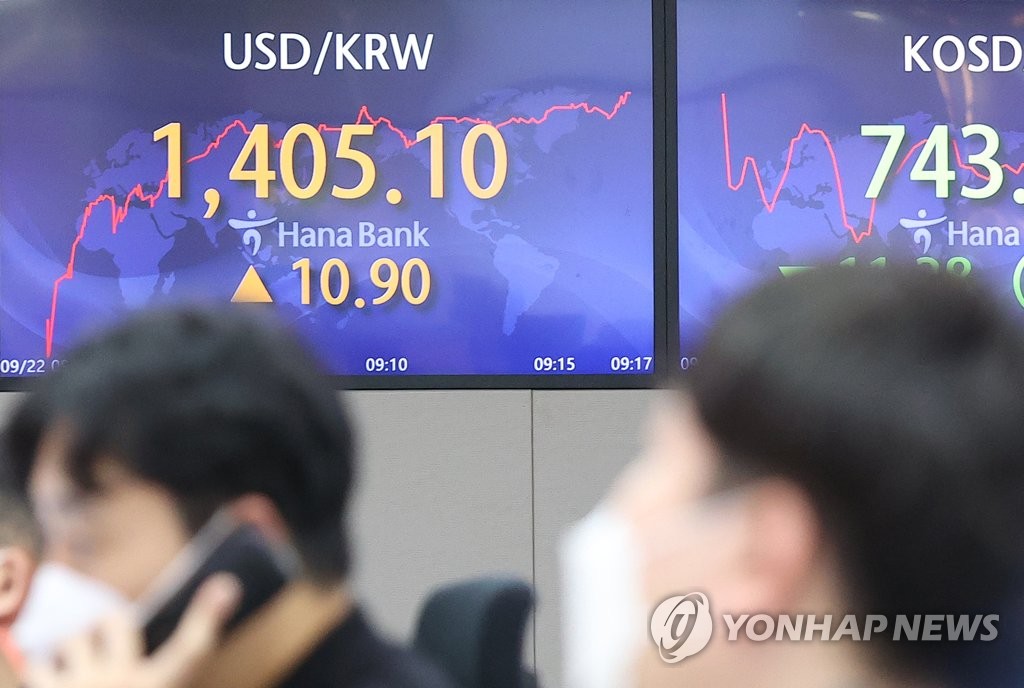 The won's slide came as the dollar rallied following the Fed's latest decision to raise its policy rate by 75 basis points for a third straight time. It hinted at further large hikes, including another 75 basis point increase this year.

Fed Chair Jerome Powell voiced a hawkish policy stance, saying the Fed is "strongly resolved" to tame inflation and would "keep at it until the job is done."

The won has weakened around 15 percent against the dollar so far this year as demand for the greenback remained strong amid the Fed's aggressive monetary tightening and concerns about a global recession.

The won's sharp weakness has raised concerns about capital outflows and complicated policymakers' efforts to curb inflation as it makes imports more expensive.

"As the U.S. and Europe have been accelerating their aggressive monetary tightening, there is a possibility that high uncertainty in the financial markets will last for a considerable period of time," Choo said at the meeting.

The minister said the government will closely monitor factors that might affect the movement of the South Korean currency and "actively" manage market volatility in the short term.

It also plans to take measures to ease an imbalance in supply and demand of the dollar, including the monitoring of overseas investments by the state pension funds and residents, he added.