There have been concerns about the country's foreign liquidity position over the Korean won's recent plunge and the U.S.' aggressive monetary tightening.

On Thursday, the local currency dipped below the 1,400 won mark against the U.S. dollar for the first time in more than 13 years, after the Federal Reserve decided to raise its policy rate by 75 basis points for a third straight time.

"Our assessment showed that domestic banks' foreign exchange liquidity coverage ratio came to 122.8 percent as of June, far higher than the minimum threshold of 70 percent," the Bank of Korea (BOK) said in its latest financial stability report.

The figures for securities firms and insurance companies stood at 118.2 percent and 262.6 percent, respectively, the report showed.

The foreign exchange LCR is measured as high-quality liquid foreign assets to projected net cash outflows over 30 days. A higher LCR means that financial institutions are able to better get over short-term liquidity disruptions. The minimum requirement was revised up to 80 percent from July.

"Small-sized branches of foreign banks here and regional banks could experience an FX liquidity issue temporarily. Given that banks secure ample foreign currency reserves, chances are slim for the issue to spread widely into the overall financial system," the BOK said.

Enhanced management by financial firms would also help prevent the country from suffering a drastic foreign currency shortage despite external shocks, though it is necessary to further strengthen liquidity risk management, it said. 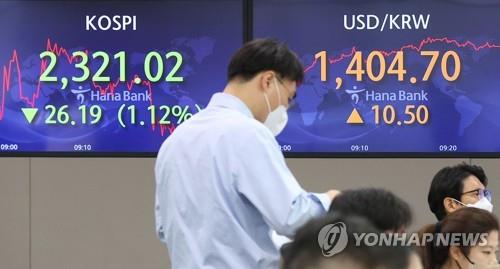