Yoon attended the Digital Vision Forum at New York University as part of his visit to the city for the U.N. General Assembly.

In a speech, he offered his vision for a digital order to be sought jointly by the people of the world to realize the universal values of freedom, human rights, peace and solidarity, his office said.

"President Yoon explained that digital technologies must contribute to expanding freedom and that it is important to produce economic and social value through digital data," it said in a press release.

He also stressed that the digital ecosystem should be open for participation by everyone, while expressing his commitment to South Korea fulfilling its role as a model nation in the digital era and to crafting a national digital strategy to share its achievements with the citizens of the world, it said.

Yoon later met with Korean American scientists after the forum and emphasized the importance of scientific and technological innovations in increasing freedoms in South Korea.

Among the scientists in attendance were Kim Young-kee, a physics professor at the University of Chicago and the first Asian woman to be elected president of the American Physical Society, and Nam Chang-yong, a scientist at the Brookhaven National Laboratory (BNL) and recipient of the Battelle Inventor of the Year award. 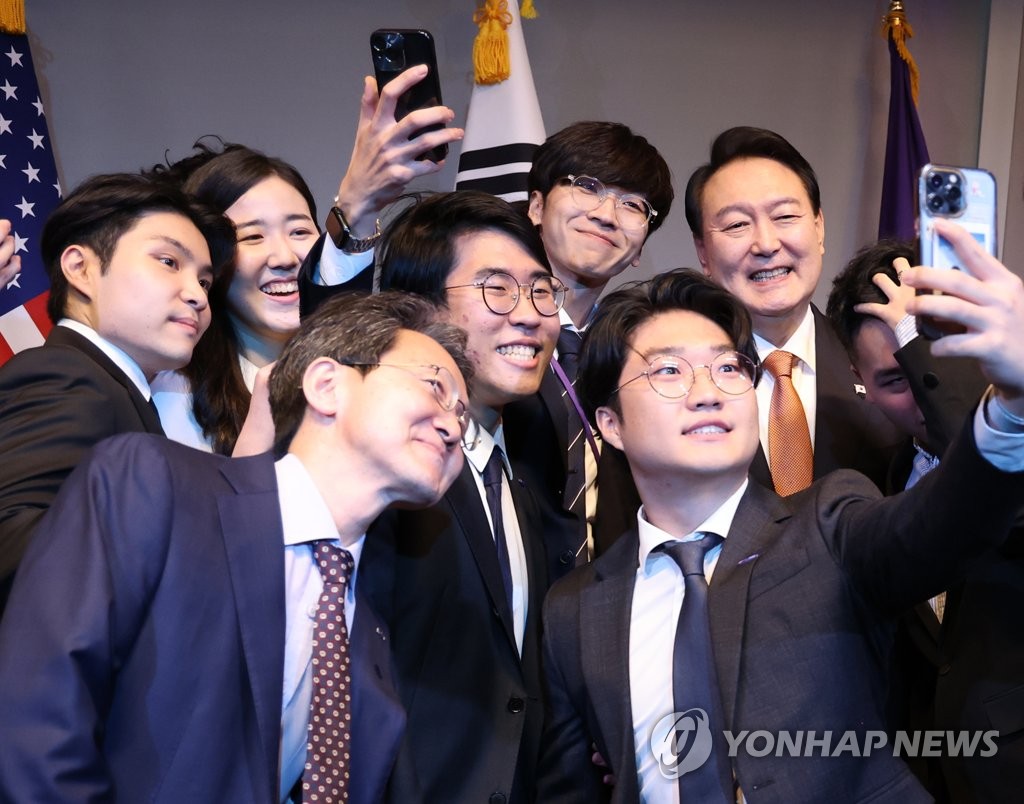