SEOUL, Sept. 22 (Yonhap) -- Hybe, the entertainment company behind K-pop giant BTS, said Thursday costs have not been a top priority in its participation in nationally important events, breaking a long silence on the controversy surrounding the costs for hosting a free BTS concert in Busan.

The septet is scheduled to hold a free concert in front of about 50,000 fans at Asiad Main Stadium in Busan, 390 kilometers southeast of Seoul, on Oct. 15 to support the city's bid to host the 2030 World Expo as a public relations ambassador for the bid.

The controversy began early this month when it was reported BTS' label Big Hit Music and its parent company Hybe will likely have to seek a way to solely fund about 7 billion won (US$4.9 million) needed to host the concert without any monetary support from the Busan city government or the 2030 World Expo hosting committee.

Fans claim that the local government is exploiting the group by aiming to make huge profits without spending any money on the show. 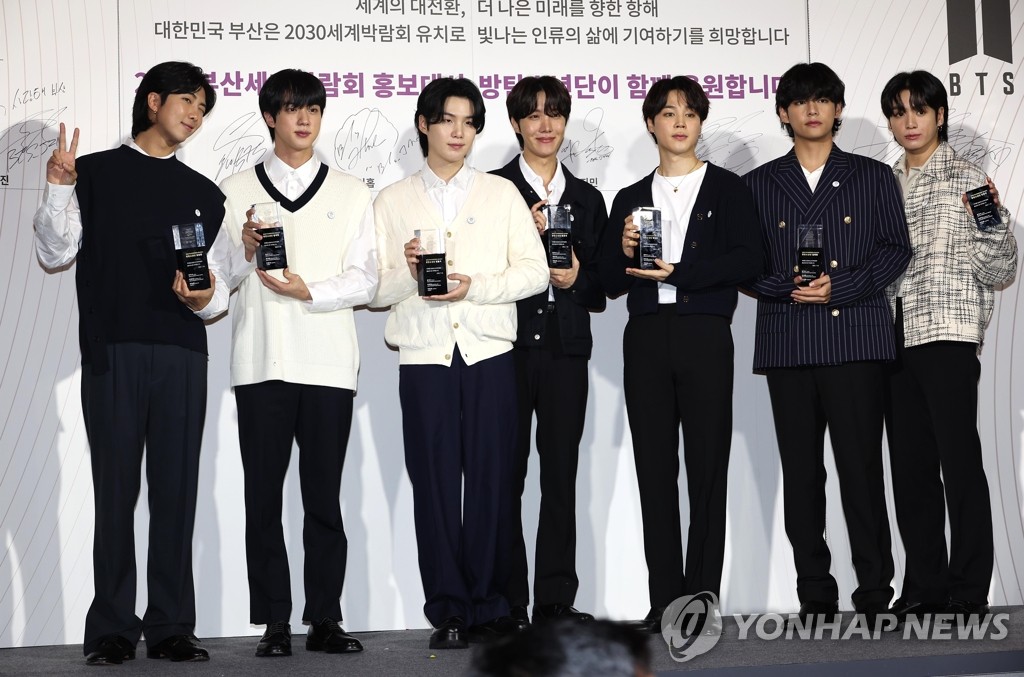 On Thursday, Hybe said in a statement that it and BTS have focused on "valuable results than costs" in participating in nationally important events.

"This company and BTS have participated in big and small national events with an intention to contribute to the country and society, without making the issue of expenses a top priority," Hybe said in a statement.

The company reaffirmed a plan to fund the concert with sponsoring from private firms, online ads and from its own coffers if necessary.

The company then said it and BTS will lend full support to Busan's bid to host the international event by attracting the world's attention to the South Korean city through the concert. 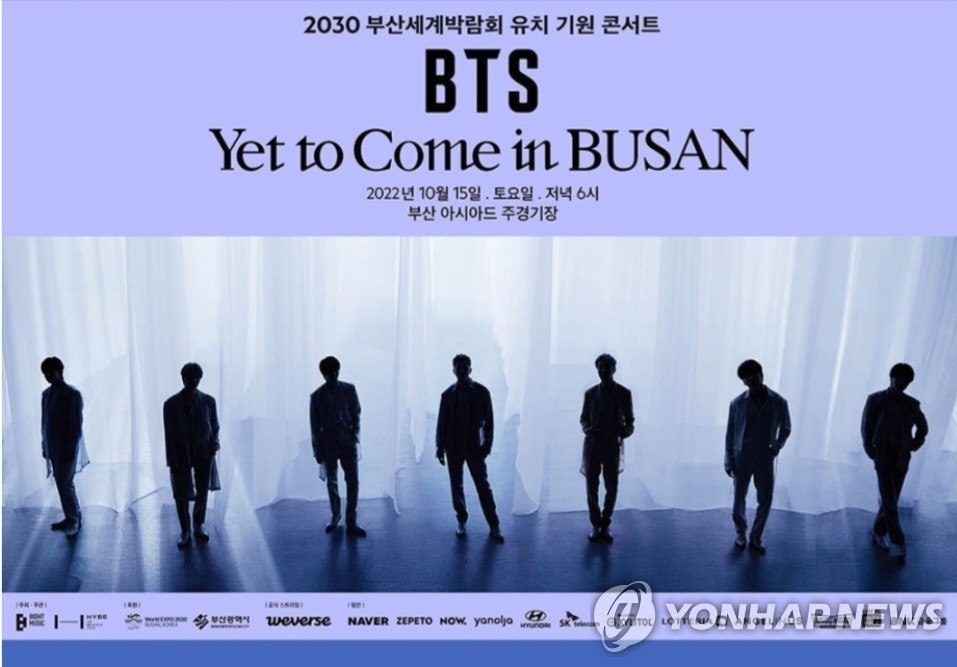